Road trip through the Emerald Isle

Everyone loves Ireland for the Guinness, St Patrick’s Day, and the Irish pubs that populate every backpackers’ haunt from here to Timbuktu. Beyond the stereotypes, however, is a strikingly beautiful  and often wild country with a rich history that few visitors ever take the time to appreciate.  A short, budget flight away from any of the UK’s airport, few things beat taking a laid-back road trip around a selection of Ireland’s cultural (and culinary) highlights.

Dublin
Pick up your hire car straight from the airport, and head downtown to Dublin’s historic docks, now redeveloped with imaginative contemporary architecture, bars and entertainment venues. Get a ticket for the Hop-on Hop-off Bus (www.dublinbus.ie) and do a full circuit of the route (23 stops) to get your bearings and pick out the must-see sites.
If you only see one thing in Dublin, make it the Guinness Storehouse (www.guinness-storehouse.com), even if you can’t stand stout. This is the best factory tour you’ll ever experience: you will learn about the beer, of course, and Guinness’ remarkable advertising machine, but also about the social history of Dublin and the Guinness family. The tour ends with a free pint of Guinness in the rooftop bar, which has panoramic views across the capital. And in case you’re wondering, yes, Guinness does taste better in Ireland.
For a glorious contrast, make your second stop the Trinity College Library (www.tcd.ie/library), which dates from 1592 and holds more than 6 million books. The library’s Long Chamber, an architectural triumph built in 1712, is 65m long, galleried, and lined with marble busts. The library houses, amongst other treasures, the 15th century Trinity College Harp (the symbol of both the Irish Republic and of Guinness), one of the last remaining copies of the 1916 Proclamation of the Irish Republic, and the Book of Kells, one of the world’s most important early medieval illuminated Gospels.
Finish your day with dinner at The Brasserie, which has an imaginative menu of superbly prepared and presented dishes, followed by cocktails on the hotel roof, the floodlit architecture of Dublin spread out around you. 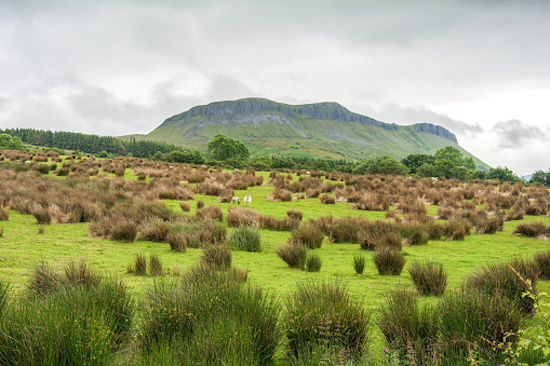 Crossing Ireland takes under three hours on the immaculate motorway, so enjoy a leisurely breakfast (and a dip in the hotel pool) before you start out for the day.
A coastal seaport famed for its seafood, Sligo is relatively off the tourist trail. It has been continually settled since pre-historic times, and even wandering casually around the town, you’ll come across megalithic and neolithic sites. Foremost amongst these are the Bronze Age henge at Tonafortes, the 4th millennium BC causeway at Magheraboy, and the megalithic passage tomb in Abbeyquarter North. There is also a medieval friary, Sligo Abbey; a monument on the quay to the emigres who left Ireland during the Great Famine in the 1840s; and the Yeats Trail, which includes stops with a literary connection.
Looming above it all, however, is Sligo’s real gem: Knocknarea Mountain. Visible from almost every part of Sligo, this limestone plug offers a steep but rewarding climb, with commanding views across the Cúil Irra Peninsula. On the top is a huge cairn, believed to be 5,000 years old, and although it has not been excavated, it is thought that another neolithic passage tomb lies beneath.
Having hiked up an appetite, head to Eala Bhan, right on the river. This intimate restaurant has the feeling of being in someone’s front room, but the dishes are hearty and delicious, and made from locally sourced ingredients.

Where to stay: The Glasshouse Hotel (www.theglasshouse.ie)
Where to eat: Eala Bhan (www.ealabhan.ie)
Driving distance: 208 km

Galway
Today, head into the wilds of Ireland, beginning with a drive south along part of the appropriately named Wild Atlantic Way (www.wildatlanticway.com). As soon as you get out of Sligo, you’ll hardly see another car, and the roads twist and turn, hugging the coastline and rivers. You are heading for lively Ballina, famed for its salmon fishing, but take your time to enjoy the views.
Moving now away from the Wild Atlantic Way (the whole route is 2,500 km long, so completing it would take a while), continue your drive through the jade green area of the Burren, where there are still villages of Gaelic speakers. The landscapes here are reminiscent of something from Lord of the Rings, and if the weather is good, you’ll want to stop frequently for photos and a picnic.
Galway is the party capital of western Ireland, and probably best described as a cross between Newquay and St. Ives. The stag parties and surfers flock here every weekend for cheap drinks in atmospheric bars, with live Irish music and raucous singing thrown in for good measure, but at the same time there are some excellent places to eat. True foodies make their pilgrimage to Ard Bia, a tiny, ramshackle cottage right on the edge of the harbour. You can reliably pick from the seasonal menu with your eyes closed – whatever you pick will be a treat – but for us the hipster waiters recommended the potted west coast crab with fennel and apple slaw and crisp bread, followed by brill with black lentils and pickled fennel, and iced hazelnut nougat with berries and a bracknell-like cookie for dessert. Put simply, we died and went to gastronomic heaven.

Where to stay: The G Hotel (www.theghotel.ie)
Where to eat: Ard Bia (www.ardbia.com)
Driving distance: 140 km 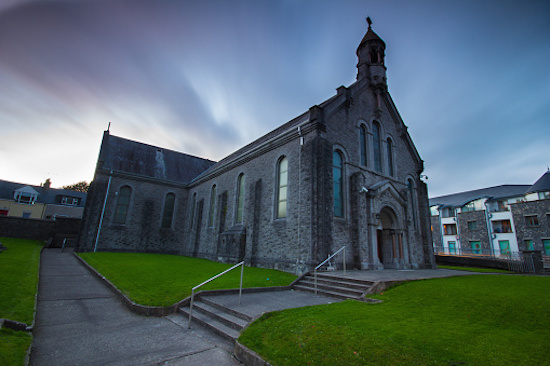 This part of the drive brings you back to the Wild Atlantic Way, and to one of the world’s great natural wonders, the magnificent Cliffs of Moher (www.cliffsofmoher.ie). Rightly listed by UNESCO, these are some of the most dramatic sea cliffs in Europe. You can have a windy tromp several miles in either direction along the hilltop path, and, if you’re so inclined and don’t mind heights, walk right out onto the slabs of rock for some nail biting, near-vertical selfies. Buried in the hillside behind the cliffs is a well-done visitors centre where you can learn a bit about the geology of the cliffs, watch aerial footage shot from the sea side, and warm up with a cup of tea.
Drive on now to Limerick, and drop your car at The Strand Hotel, right in the centre of the city. You can then head out on foot on a circular walk, first crossing the bridge and then turning left onto the river path. This will bring you up to the Norman Castle and a number of surrounding medieval buildings. Crossing back over the river on the second bridge, you’ll have a different set of the views of the castle, and then you’re back at the hotel.

Waterford
Ireland’s oldest city was built by the Vikings, and the best sites are all inside the so-called Viking Triangle (www.waterfordvikingtriangle.com). Start by the river, where there is a replica Viking longboat, then cut through to the Medieval Museum (www.waterfordtreasures.com). Situated in an impressive new building, the highlights here are 14th century ecclesiastical robes, beautifully embroidered, which were discovered by chance beneath the floor of the cathedral. They’d been buried there to protect them from Cromwell’s army, forgotten about, and are today the only surviving full set of medieval vestments in northern Europe.
Cross the street for Waterford Crystal (www.waterfordvisitorcentre.com), one of the city’s newest attractions. There’s an opulent retail store, where you can buy everything from crystal wine glasses to a crystal sculpture of a grizzly bear, but it is also well worth taking the guided factory tour. Guides explain every part of the crystal blowing and cutting process, and you’ll also see some impressive crystal artworks, including a grandfather clock, a memorial to the 9/11 firefighters, and trophies made for various international sporting events. 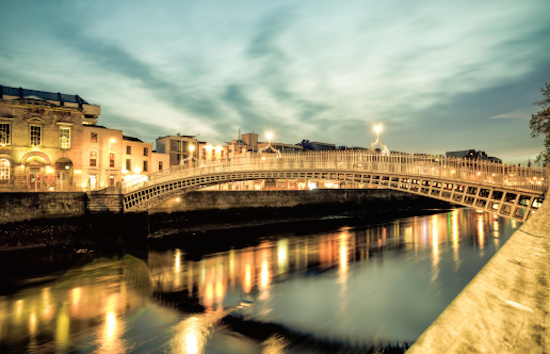 Finally heading back to the capital, inevitably too soon, there is only one place to consider a last night dinner, and that is Fade Street Social. Unprepossessing from the street, this Tardis of a restaurant will terrify vegetarians but be adored by anyone else. Every single cut of meat available that night is listed individually on the blackboards, then crossed off once it’s gone. The waiters reel off the attributes of each cut, be it chateaubriand or tomahawk, as though it were a fine wine, and there’s a sense of competition amongst the diners to see who gets to that perfect rib first.

British A-Listers are applying for a second passport. Should you follow suit?