The Home Office has told Trenton Oldfield, 37, that he cannot stay in Britain as it would not be “conductive to public good.”

Oldfield, who has lived in the UK for more than 10 years, was originally given a six-month jail term for protesting against government cuts and elitism in British society. He has served two months of his sentence at Woodward Scrubs.

He told the Guardian “No one was expecting this. I have a tier one visa, as a highly skilled migrant, and I was sentenced to less than a year. The lawyer said I had nothing to worry about because it was less than a year. It feels to me that this is a very vindictive decision, very political and very much an overreaction.”

Oldfield recalled that “The sentence was excessive, but the judge also said I have contributed positively to life in this country.”

Oldfield ruled out a return to Australia, arguing that he has managed to build a life here in the UK with his wife, “We work together, we publish books, we run two not-for-profit organisations. Every part of our lives is entangled together here. We are about to have a family.” 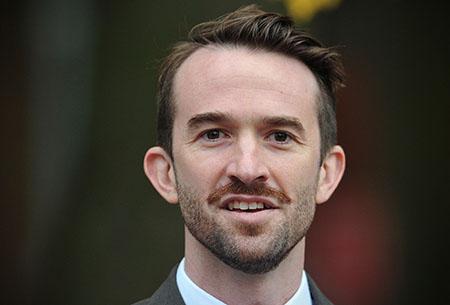 His wife Deepa knew nothing of the protest, since Oldfield feared that they might both be prosecuted as part of a joint enterprise. She said “We didn’t think they would seek to effectively deport him. We were told that was for violent criminals, major fraudsters and terrorists. Nothing Trenton did approaches that.”

She continued “We can’t not live and work together. That’s impossible. I can’t be separated from him. I don’t think people will see his sentence and this decision as reasonable consequences from a peaceful protest. It seems to reinforce the point he was making about the Boat Race. Would this be happening if he had disrupted any other event?”

Oldfield is now set to make an appeal, stating that his visa refusal breaches article 8 of the European convention on human rights, allowing him the right to family life.

Oldfield’s MP, Rushanara Ali, who represents Bethnal Green and Bow, is supporting him. She told the Guardian “He has served his sentence and now his right to a family life is being undermined. I don’t condone what he did, but it seems disproportionate to say that someone whose offence was to disrupt the Oxford v Cambridge Boat Race is a threat to our security, whose presence is not conductive to the public good.”

Oldfield’s protest was originally supposed to highlight elitism in British society. He delayed the 158th Boat Race for a total of 25 minutes after swimming in front of the blades. He was jailed last October by Judge Anne Molyneux for acting “dangerously and disproportionately”.

An online petition has been created calling for the government to rethink the deportation of Oldfield.

Spur Of The Moment (THEATRE REVIEW)

London club: David Rodigan curates a night of dub, reggae and roots music at The Forum on May 17