The chunky Manchester United star has also been immortalised as the Duke of Wellington and ruthless monarch King Henry VIII in the series of spoof paintings commissioned by bookies William Hill. 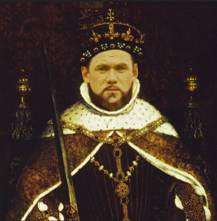 Rooney, 29, has scored 43 goals in his 99 games for England, and barring injury it is only a matter of time before he breaks Sir Bobby Charlton’s all-time record of 49 goals in 106 games.

Rooney will tomorrow become only the ninth England player to reach a century of caps, and William Hill rate him 10/11 to mark the occasion with a goal. The bookies offer stingy odds of just 1/10 that he goes on to smash goalkeeper Peter Shilton’s appearance record of 125 caps. He is 4/1 to reach 150 caps.

‘Wazza’ has received extravagant praise from former England skipper Gary Lineker –  England’s second-highest scorer with an incredible 48 goals in 80 internationals – who told BBC Radio 5 Live: “He has to rank right up there in the pantheon of English football’s finest.”

High praise indeed –  but many long-suffering England football fans may not be quite so convinced that Rooney’s record justifies such status. After all, the striker has played in the final stages of three World Cups, yet only has one goal to show for his efforts on the biggest stage of all – and that in the defeat against Uruguay in Brazil in June.

And the history books also prove  that his record hardly bears comparison with that of two of his soon-to-be colleagues in the 100-cap club; Charlton was in the legendary England side that lifted the 1966 World Cup under the captaincy of Bobby Moore.

However, William Hill spokesman Joe Crilly insisted: “Rooney is nearing the appearance record and, with plenty of years in hand, not only is it likely that he will break the record but in all likelihood will smash it. Rooney has the ability to enter England’s Hall of Fame and perhaps become one of the country’s greatest leaders.”

The ghosts of Nelson, Churchill and Wellington must be quaking in their boots.

Spiritualized play The Roundhouse in Chalk Farm on Nov 5

Amy Winehouse “retired” by her manager after shambolic Serbian gig