Royal baby: William and Kate wanted to see their baby’s face before choosing a name

According to a source interviewed by the Evening Standard, the couple “had a number of names in mind, but they wanted to see his little face and get to know him first.”

The baby boy, a future king of England, was born at St Mary’s hospital in Paddington, London yesterday afternoon at 4.24pm.

William’ father, and now officially a grandfather, Prince Charles said “Both my wife and I are overjoyed at the arrival of my first grandchild…an incredibly special moment for William and Catherine”.

Camilla, the Duchess of Cornwall called it a “wonderfully uplifting moment for the country”. 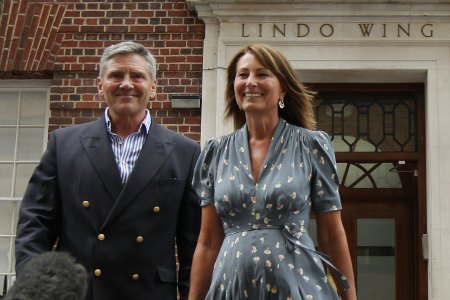 Kate Middleton’s parents visited the hospital this afternoon to meet their grandchild. Carole Middleton said  “He’s absolutely beautiful. We are so thrilled. They are both doing really well.”

A statement from Kate and Wills this afternoon read: “We would like to thank the staff at the Lindo Wing and the whole hospital for the tremendous care the three of us have received.”