Paying tribute to his noted philanthropist mother, New Corp’s Rupert Murdoch said in a statement ”We have lost the most wonderful mother but we are all grateful to have had her love and wisdom for so many years. ‘Throughout her life, our mother demonstrated the very best qualities of true public service.”

”Her energy and personal commitment made our country a more hopeful place and she will be missed by many.”

Dame Elisabeth didn’t always approve of her son’s ventures, specifically around the News of the World phone hacking scandal, telling The Guardian at the time “I didn’t approve at all … what they published was intruding into people’s privacy.” She also told a TV interviewer in 2008 “Rupert and I don’t always agree but we respect each others’ attitudes.” 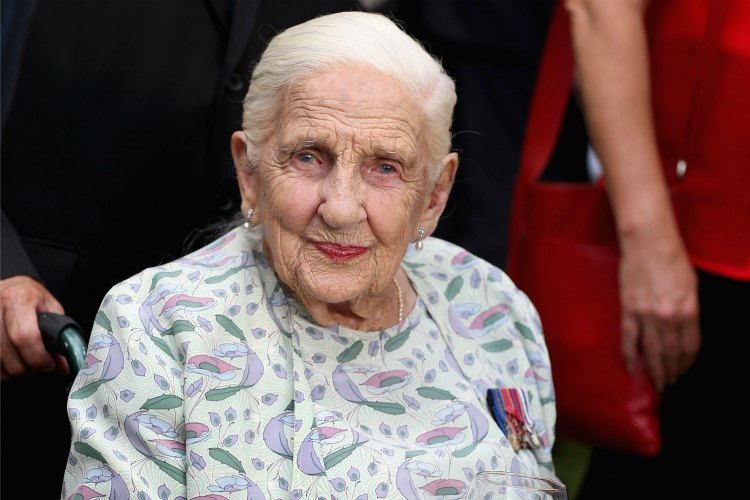 Dame Murdoch in 2010, attending an event to mark a visit to Australia from Prince William (Getty images)

Her interests and charitable contributions covered a wide area the “arts, children, flora and fauna, heritage, medical research, social welfare” according to Australian newspaper The Age. Dame Murdoch served as president of the Royal Children’s Hospital in Melbourne from 1954 to 1965.

At the age of 96 she was named Victorian of the Year in the Australian state of Victoria for her work with charities.

Main image: Rupert Murdoch with his mother, pictured in 2005