But as I stride into the water, mask and scuba diving equipment firmly in place, the incredible underwater world makes me forget all thoughts of their amused faces and the bustling cafes 15m above me.

When you think of diving, it’s normally destinations like the Red Sea or the Great Barrier Reef which spring to mind. But Malta, just three hours from the UK, has previously been voted the top scuba diving destination in Europe. With wrecks, reefs, caves and lagoons at more than 30 underwater sites around the coast of the Mediterranean island and neighbouring Gozo you’ll understand why.

And with English-speaking instructors and calm clear seas to practise in, it’s a great place for beginners – not to mention the megalithic temples, centuries-old walled cities and fishing villages to explore on dry land between dives. It’s here I prepare for my final training dive to the wreck of Lady Davinia, formerly HMS Greetham, at the end of a four-day trip. 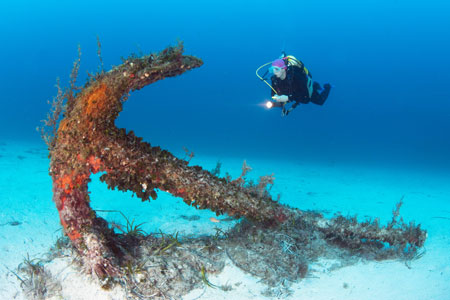 The fish swimming through the engine room and smashed Royal Navy china on the seabed can hardly be more of a contrast to the underground pool at Waterloo’s Shell Building where I’d done my pre-trip dive training.

Malta’s fascinating string of wrecks, some bombed during the Second World War and others deliberately scuttled to create artificial reefs, is one of its biggest diving drawcards. And best of all, unlike many destinationswhere wrecks are frustratingly out of reach for novice divers, most here are shallow enough for beginners to investigate.

You needn’t even venture too far from the cities to find them, with two lying in the bay opposite the capital Valletta – the HMS Maori, the ship that sunk the Bismarck, and the bombed Lighter X127 barge, also known as the Carolita.

Swapping the view of Valletta’s 16th Century stone palaces for a silent seaweed landscape, I can make out the gaping hole in the barge left by the bomb’s devastating impact, and more surreally, rusted bedsteads and bits of wheelchair from the old quarantine hospital at Fort St Elmo.

The island is also one of the best places to see seahorses, as well as elusive barracudas, parrot and dolphin fish, rainbow wrasse and eels – especially in the clear waters around Cirkewwa, in the north of the island, one of Malta’s best sites for both beginners and experienced divers.

Although I can’t stray too deep, the seabed, at 36m, looks temptingly close as I explore the string of small caves dotted near the reef – including one with a statue of the Madonna – before floating under a perfectly formed natural stone arch nearby. 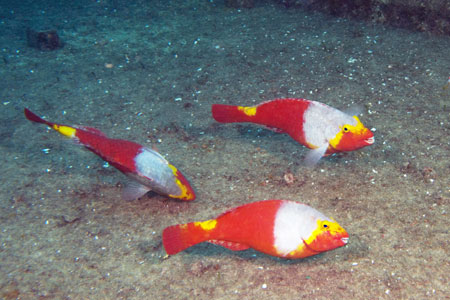 As I spot a flying gurnard, with its stunning iridescent blue markings, an octopus speeds off in an puff of black ink, annoyed at my bubble-blowing approach. The locals may have find me a source of mirth but, after seeing so many beautiful sights on this diving adventure, I know that I’m the one having the last laugh.

The BSAC Ocean Diver course with the Maltaqua Dive School costs about £320 or about £195 if you have completed the theory and training sessions in the United Kingdom. Contact London’s Hellfins Club for details or the British Sub-Aqua
Club for more information.

When to go: Visit in March-June or September-October, when Malta is sunny but without the high-season crowds in July/August.

Getting there: Malta is about three hours’ flight from the UK. Return fares cost from about £75 with EasyJet from Gatwick, about £120 with Air Malta from Heathrow and about £53 with Ryanair from Luton.

Class of the week: Swing Dancing at Swingpatrol, London

London scene: the best of stage and screen this week