Whenever someone tells me they’ve been to Italy, I always bombard them with questions about which cities they took in – I can’t help it, I love hearing about my home country.

But the answers are always the same: Rome, Florence and Venice. I’ve been practising my approving smile for years, but what I really want to do is tell them that Italy has so much more to offer than this well-beaten path.

Here’s a guide to three must-sees among Italy’s less-visited cities. 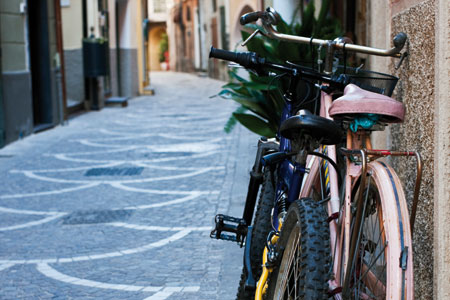 Lighting up a cigarette just before starting to climb the steep alleys leading to the hilltop of San Giusto isn’t the best idea. I realise this as I pant my way up paths, cursing my nicotine addiction, but am rewarded with quite literally breathtaking views of the city below.

A giant crane, symbolising Trieste’s naval heritage, is the most prominent figure in the harbour, while to the right, a grey dome stands out against the backdrop of rooftops and mountains.

This belongs to the beautiful Serbia-Orthodox church, San Spiridione. A few steps away from here is the elegant colonnade of the Catholic church of Sant’Antonio Taumaturgo.

Also nearby is one of Europe’s largest places of Jewish worship, the Synagogue of Trieste. This city’s diversity is in part due to its proximity to the Slavic world and its past as the Austro-Hungarians’ only port on the Mediterranean.

I take a stroll to the charming Caffè San Marco (Via Cesare Battisti 18, tel. +39 (0) 40 363538) for an invigorating espresso. My imagination travels back to when this was a famous rendezvous for intellectuals and the literati, such as James Joyce. The Mittel-European ambience and its decor haven’t changed in almost a century, nor have the way cafès such as this are used as places for people to meet and discuss culture and politics and gesticulate over a cup of Joe.

Trieste is known as the capital of coffee and locals even have their own vocabulary for the black stuff. If you want an espresso, make sure you ask for a nero – in the rest of Italy, it’s still an espresso. A macchiato is a capo, but if you want it served in a glass, ask for a capo in b.

From here, I walk and admire the Neoclassical buildings of Piazza della Borsa, en route to Piazza Unità d’Italia, the main town square – the buildings’ golden decorations shine in the sun as passers-by stroll around the vast square overlooking the Adriatic Sea. From the tip of the Molo Audace, a pier stretching from the waterfront, I look back at the city and realise it’s no accident Trieste has bewitched so many writers and travellers over the years.

Don’t miss: Trieste has it’s very own Grand Canal which is a more humble version of Venice’s famous waterways – perfect for an afternoon stroll as you check out the boats. 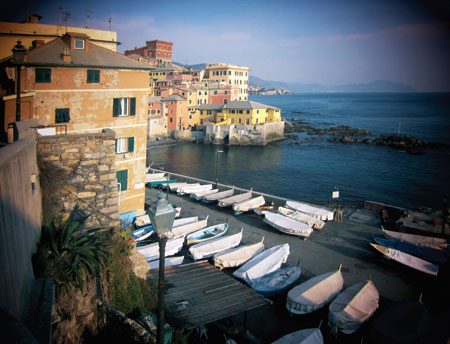 Genoa: city by the sea

“Consider yourself lucky… in Genoa we have a reputation for being stingy,” says my Genoese friend Sara, handing me the oily slice of focaccia she just bought.

The thriftiness of the people here is often more of a façade than genuine meanness, but when it comes to money, no one can take on the Genoese – banking has a long tradition here.

The city’s Bank of Saint George was founded in 1407, making it one of the oldest in the world.

We’re wandering the maze of narrow alleyways, called vicoli, that make up the medieval heart of Genoa.

Young people on bikes and scooters dart by, old women carrying bags full of groceries bargain with fishmongers and chatty students walk towards the university – Genoa really is the quintessential port city, bustling with life and filled with people from all corners.

We take the Art Nouveau-style lift from Piazza del Portello to the Castelletto, a big esplanade that overlooks the city centre.

From here Genoa looks like a tangle of stone and concrete, with the bell tower of the Cathedral of San Lorenzo rising above the rest, and the city’s most iconic landmark, the Lighthouse of Genoa (or La Lanterna) looming in the distance.

On Friday evening, the alleys quickly fill up with people in the thousands getting ready for a long evening of al fresco drinking and dining.

Sara takes me into busy Piazza delle Erbe for a drink. I quickly reach for my wallet and buy Sara a beer. She may not be one of the parsimonious Genoese, but I’d rather not push my luck.

Don’t miss: The famous architect Renzo Piano redeveloped the whole port in 2001, with The Bigo, Genoa’s beloved panoramic lift, as its centrepiece.

This was originally a crane mounted on cargo ships, and now the 40m-high lift features a rotating see-through cabin, enabling visitors to get the best views over the harbour. 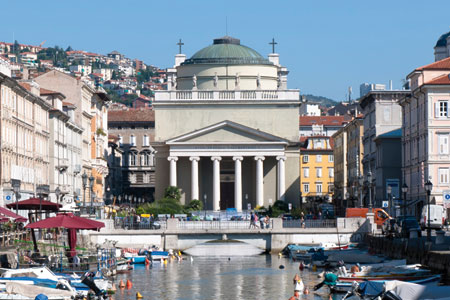 I decide to get my bearings in laid-back Cagliari by starting my day with a walk up the grand stairs of the Bastion of Saint Remy to reach Terrazza Umberto I, a terrace known for having simply glorious views.

I take my time here, looking out at the scenery which includes the harbour, ponds where flamingos feed and the mountain which is known as Devil’s Saddle, due to its shape.

The temperature reaches a scorching 35°C outside, so I seek out some shade in the Cathedral of Santa Maria, admiring the stunning neo-Gothic façade and artworks inside, which include marble sculptures and grand 15th-century paintings.

A few blocks from here is the medieval Tower of the Elephant (Piazza San Giuseppe, Viale Università, tel. +39 070 41108), an imposing limestone structure built by the Pisans in 1307 that represents the entrance to the Castello neighbourhood.

White limestone was also used to build the city’s walls, and the striking effect of the bright sunshine reflecting off them once prompted DH Lawrence to describe Cagliari as a “white Jerusalem” after his visit here in the early 1920s.

Don’t miss: Cagliari has a vibrant nightlife, much of which takes place in kiosks (chioschi) along the 8km-long stretch of beach, Poetto.

Try kicking the evening off at Emerson for a couple of  aperitivo, before moving on to Fico d’India, an upbeat, gay-friendly bar that’s great for dancing and live music. (Viale Poetto, tel. +39 348 2749236). 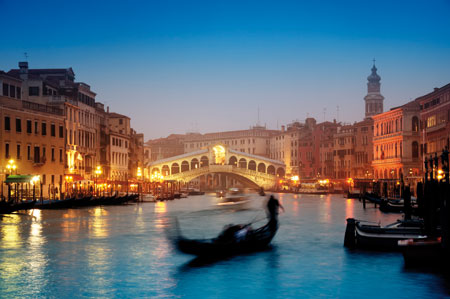 Classic Italy: Be There, Do That

It’s great to see the lesser-known sides of Italy, but that’s not to say you should be avoiding the touristy big hitters altogether – they’re popular for a reason, after all. Make sure you fit at least one of these into your trip:

Famous for its unparalleled artistic heritage, The Eternal City has been capturing the imagination of travellers for centuries. Millions of tourists flock to the Italian capital every year, with the Colosseum and the Vatican Museums being the most popular attractions.

Did you know? Starting in December, the Colosseum will undertake a 915-day makeover that will cost €25m (£20m). Hurry before scaffolding gets in the way!

Venice
You don’t see a city entirely built on water every day. La Serenissima is one of the most romantic places on the planet… and one of the most crowded. But don’t let the hordes of tourists put you off. Its picturesque canals are well worth the hassle.

Did you know? The Italian word ciao originates from the Venetian dialect once spoken here. They used to greet one another saying, “Sciavo vostro” (“I am your slave”), which became sciao and, finally, ciao.

Pisa
The Leaning Tower of Pisa (left) is one of the most iconic monuments in Italy. It stands in the spectacular Square of Miracles (Piazza dei Miracoli), near the Baptistry and the Cathedral Sqaure (Duomo).

Did you know? According to a Tuscan proverb, “It’s better to have a dead body in the house than a Pisan at the threshold.” Poor old Pisans. Maybe the Tuscans are just jealous of their wonky tower.