I’ve just ridden up a speedy lift that swept me over the heads of uniformed Serbian troops trudging up the piste on winter manoeuvres – an unexpected reminder that it wasn’t much more than a decade ago this region was ripped apart by war.

Nowadays, Kopaonik is Serbia’s leading ski area, a hip and happening mountain centre which attracts rich and fashionable Belgradians from the nearby capital.

Last time I visited, five years ago, the then resort director explained why the off-piste was closed – cluster bombs.

The ski runs of Kopaonik were the target of NATO strikes in 1999 and while the slopes have now been officially cleared, the off-piste is no longer even on the map.

I have to admit I’m relieved as this means I don’t feel obliged to try it out, but I am delighted that the rest of the ski-safe area has now been expanded to a respectable 55km. 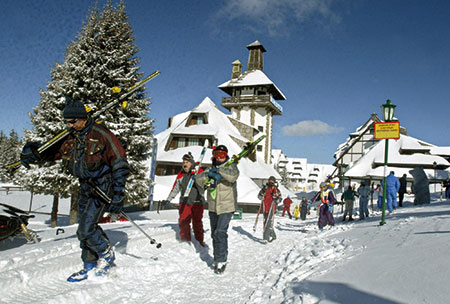 Suvo Rudiste is the focal point of all the ski action. Four lifts converge here and a number of runs fan out across the slopes,all of which weave their way back to the base.

None of these Kopaonik runs are particularly hard, but they are definitely a blast.

A six-man chairlift purrs up through the dense, snowy woods, taking me to the blue slope of Karaman Greben, which I then whiz down at top speed.

Next I try out several runs that are marked as blacks, but they seem a little too easy for this grading.

This makes me feel as though I’ve struck gold when I finally discover Gobelja, a section of slopes at the edge of Kopaonik which includes Duboka 1, a rolling black that leads down to a little hut with an open fire in the middle. 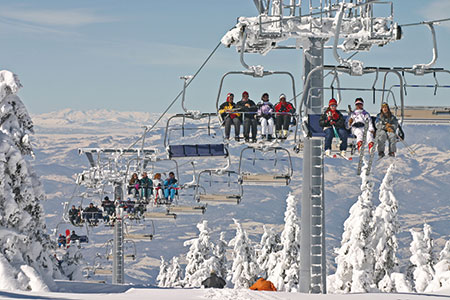 Here I get to sip slivovitz (local plum brandy) and lunch on hunks of crunchy pork fat, hot peppers and chunky lamb stew – they’re attaching a small pig to the spit over the fire for later.

The resort of Kopaonik is like nothing I’ve seen anywhere else on my ski travels – it is purpose-built, but looks about as far from the staid, grim Eastern Bloc style you might expect from its past as part of the old Yugoslavia.

Instead, the exterior has the appearance of a medieval fairytale, a jumble of pitched roofs, half-timbered walls and little bars, clustered around a courtyard and sheltered against the outside world. Inside it’s a very different story – all glitz and glam.

There’s the Grand Hotel, with its languid bar, where everyone, guests and waiters alike, is turned out in head-to-toe black.

New, sleek and elegantly rustic restaurants are dotted across the resort, while there’s an array of older places that do treble duty as bar/club/restaurant.

More, slightly unsavoury venues lurk in other odd corners of the cold courtyard, and after dinner I take the chance to wander among them. 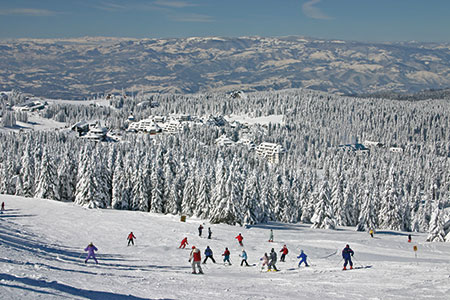 One dodgy cafe has several disinterested go-go dancers inside and an enormous, scary-looking chap who seems to be in some way connected to them.

There’s no way of telling what’s going on in some of the other bars without poking my head past the doormen, who all have cigarettes permanently hanging from their lips.

I feel like a character from a Cold War thriller as I edge around this strange resort.

Expensively clad tourists swish across the slopes, while the men who make the place work – on the lifts and in quiet bars – look like a throwback to another era as they huddle and talk in hushed tones, as if expecting James Bond to appear and thwart an evil plan.

On the coach ride back to Belgrade, I take in the cold, beautiful lakes and towns where moustachioed Serbians sell bottles of home-made slivovitz. 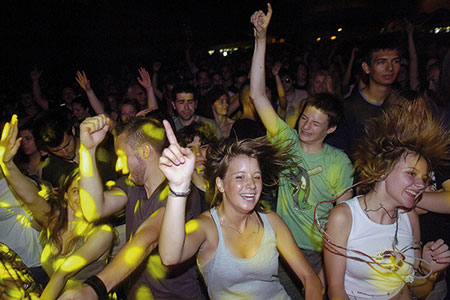 We gradually leave the snow behind and I prepare for a night of partying in the capital’s notoriously frenetic clubs.

I start off at the World Travellers Club (usp-aur.rs/aboutaur.html), a vintage kitsch basement lounge hangout. I then hit The Tube (thetube.rs), a small and modern club in the basement of the Serbian Red Cross building.

Then it’s on to Magacin (Karadordeva 2-4, tel. 00 381 6256 6061), one of Belgrade’s super-clubs, which attracts international DJs to its sanctuary beneath the Kalemegdan Fortress on the River Sava’s banks.

The courageous thing to do would be to see the night through, but I’m knackered and crash out in the small hours – far too early by Belgradian standards.

I guess the clubbing and skiing combo defeated me this time, but I promise to be back again soon for round two. 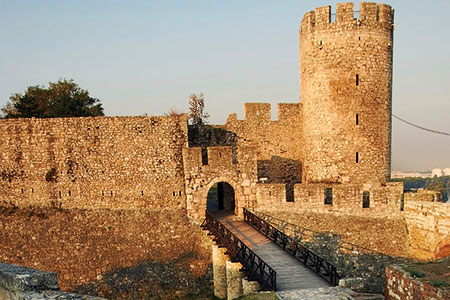 Budget: Dolly Bell seems like a simple fast food joint at the bottom of the slopes, but it sparks up in the evenings with live music.

They serve a combo of international dishes and traditional Serbian food. Dishes start from £4.  serbia-hotel.org

Midrange: There’s a warm welcome at Putnik Hotel’s Restaurant and the food is cheap and cheerful.

Take advantage of the all-you-can-eat offers, such as Pasta Festival on Friday nights, which costs just £7pp.  http://www.putnik.com

Luxury: Casa Montagna Buongiorno is a modern mountain hut at the base of the slopes, where bare wood meets white tablecloths for an up-to-date take on traditional dishes.

Cosy up next to the fireplace after dinner with a drink. Mains from £12. 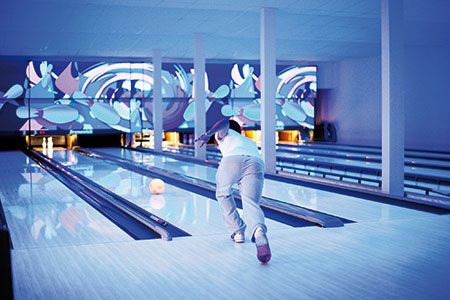 Budget: Fireside Bar, in Putnik Hotel, is the perfect place to sit nursing a glass of wine by a roaring fire after a chilly day on the slopes.

Drinks are around £3 each, and there’s a 20 per cent discount on wine on Fridays if you eat at the pasta buffet.

Luxury: James Bond wouldn’t look out of place sipping a martini in the Havana Bar, a hip, plush hangout that would be cool anywhere in the world.

Wine and cigars are the order of the day here, so get stuck in. Drinks from £4.   grand-kopaonik.com 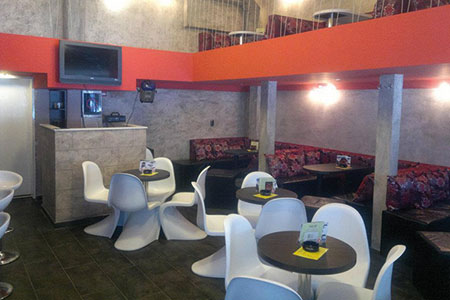 Budget: Konaci Apartments are cute little boltholes which are very good value, considering how close they are to all the action of the main square.  Apartments from £28 per night.

Midrange: Hotel Angella a three-star hotel with smart, simple rooms, most of which come with views of the sparkling nearby lake.

The sprawling terrace is a great place to hang out when the sun is shining.

Rooms start from £62 per night.  mkmountainresort.com

It’s a pale wood and leather haven for the hip, complete with bowling alley and huge swimming pool.

JAT Airlines flies direct from London Heathrow to Belgrade from about £150.

Women’s Ashes: England win back the urn in multi-format series with T20 win in Southampton

What happens when your calcium is low?

Glasgow 2014: England shock Aussie men in the pool as medal race tightens up on day six