Yesterday’s solar eclipse on Chile’s Easter Island saw thousand of tourists gather to gaze at the sky in awe. 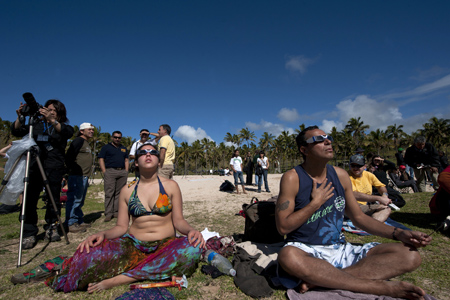 Amid the island’s famous statues, applause broke out as the moon’s shadow began to pass in front of the sun. 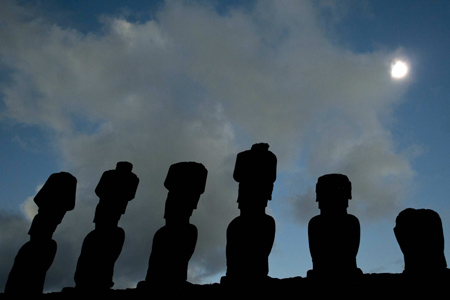 The eclipse started at 7pm BST about 440 miles south-east of Tonga, and reached Easter Island by 9.11pm BST last night. 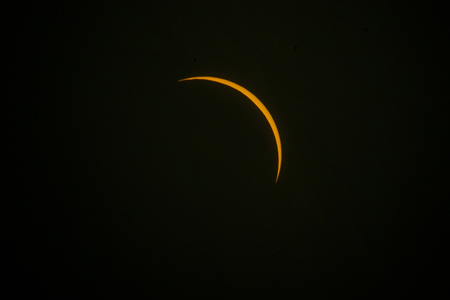 A total solar eclipse occurs when the moon (at new moon phase) lines up exactly between the sun and Earth. Because the moon’s orbit is inclined 5 degrees, most new moons pass a little above or below the sun and no eclipse occurs.

However, when the alignment is dead on, the moon covers the sun for several minutes and casts a 100-mile wide shadow on the Earth.