And if you can get pretty much anything else at speed in London – lunch, dates, cabs – then why not get yourself some flatmates, too? And it’s with this frame of mind that more than 100 people have come to SpareRoom.co.uk’s Speed Flatmating event to find some new roomies.

I had visions of regimented five-minute slots of awkwardness, where two people wouldn’t make eye contact and ask questions like “what do you do in your spare time?” and “do you have pets?”. Thankfully, it turns out speed flatmating nothing like
I imagined.

Meetings were timed when the event first started out, but now everyone with a spare room gets a white sticker and everyone looking for a room gets a pink sticker. People approach each other at random, have a chat and see if they get on.

And I can see it’s working – people are chatting. I’m approached before I even get to the bar, by Graham Edgar, a 25-year-old teacher who’s looking for a room. He’s after something a bit more sociable.

“I’ve gone to houses before, and every time, everyone would be in their rooms. So I’m interested to see what happens tonight.”

Shev Kerr, 24, is a buyer and is at the event to look for a place in south London. She agrees it’s a good way to properly meet the people who you could be living with. “It’s such a great and innovative way to just meet people,” she says. “And it takes the awkwardness out of looking for flats or houses. You can meet the people and decide if you like them before you make that commitment. And it’s in a neutral setting.” 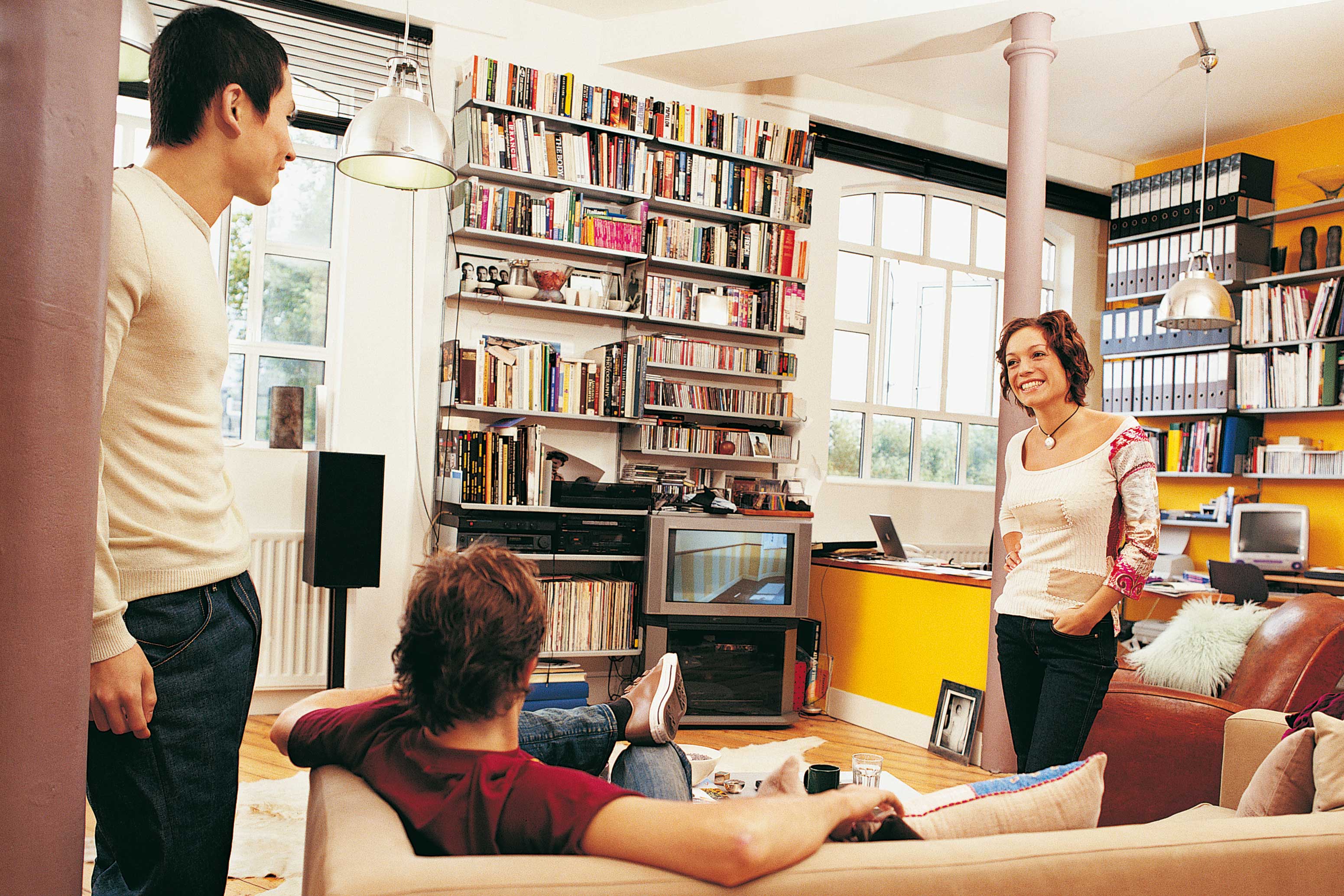 There’s the safety aspect, too, says Alan Bonvouloir, 28, who works in marketing and events and is looking for a place near Fulham or Battersea. “You’re not knocking on some random’s door, going into this person’s house, with no one knowing where you are,” he says. “It’s a great way to socialise and see if you get along with that person, because you have to live with them.”

But speed flatmating doesn’t eliminate the common pitfalls you can find with flathunting. It’s still open to dodgy landlords, so be as discerning as you would be with online searches – obviously, you still need to see the property before you sign anything. Marion Dakers, a 25-year-old journalist, tried to find a room at a Speed Flatmating event in Holborn, but came across a few shady characters.

While a lot of flat-hunters were international student types, people with spare rooms included odd couples looking for anyone to supplement their mortgage payments, and landlords talking up nasty properties.

“Landlords would have a lovely initial spiel but once you start asking questions the grim side of the location, lack of garden, their strange pets, comes out,” she says. But she’d still recommend Speed Flatmating. “Events like this are great if you already have one or two people and you’re looking for a like-minded extra flatmate to house hunt with,” Dakers says.

That’s what Henry Gordon, 24, is at the event for. The product designer and his friend are looking to buddy up with two people to keep bills and rent down by getting a four-bedroom place.

He’s been looking for two months and this is his fourth Speed Flatmating event. Gordon says he’s met some great people he’d like to share with, but sometimes the place hasn’t been up to scratch – and vice versa.

But Ben Press, 27, from Hampshire, who works in insurance in the City, struck it lucky – and moved into his new place last week.
“I went to two Speed Flatmating events at Gigalum in Clapham before I found my place. It’s a two-bedroom flat spread across two floors with Tooting Bec Common, a cinema and a gym nearby,” he says.

“The guy I’m moving in with seems really laid back and I couldn’t be happier.

“Speed Flatmating is great for getting an impression of an area, if you’re moving to a part of London you don’t know.”

But once you’ve met someone you want to live with, the key to success, says Gordon, is to be specific about what you’re after. He and his (male) friend made the mistake of asking for just “a room”. Their potential housemates had to ask if it was for them both.
“We had to explain we weren’t together and we needed two rooms. Always ask for two rooms if there’s two of you.”