The Lions tour threw up something of a treat last week when Warren Gatland dropped Brian O’Driscoll and included 10 Welshmen in the starting XV for the final and deciding Lions Test against the Wallabies.

This prompted one of the funniest phenomena in all of sports journalism – the sight and sound of ludicrously indignant rugby correspondents harrumphing on the radio and in their broadsheet editorials because their “O’Driscoll crowns glittering career by captaining the Lions to a series victory” headlines were cruelly snatched away.

I was genuinely worried for the health of the BBC’s rugby correspondent Ian Robertson as he raged through a hilariously stilted report on the Today Programme. In a refreshing abnegation of the BBC’s policy of balance, Robertson called the decision “outrageous” and later posited the theory that Gatland had picked the side by pulling numbers from a hat. All very funny, and almost entirely wrong.

Much of the ire directed at Kiwi Gatland was down to him picking 10 Welshmen in the starting XV. The result of the series is redundant, as there’s a broader point to address than one of Lions politics. The reason there were 10 Wales players in the side is because they were the 10 best players available for those positions.

What the English media should be asking themselves is, how is it that Wales and Ireland (and Australia and New Zealand for that matter), countries with a fraction of the population, are able to turn out so many top class rugby players? The answer remains the obvious one: in Wales and Ireland rugby union is a more egalitarian sport, played by all strata of society. In England it simply isn’t.

The current England squad is chock-full of public school boys. And while I don’t doubt the blight of the old boys network is in no small part to blame for that, it’s probably more down to the fact rugby still isn’t played at many comprehensive high schools. Many smaller local clubs are vastly more inclusive than they used to be, but many others remain fraught with politics of class and nepotism.

» Agree or disagree? Is England’s poor Lions showing due to snobs? letters@tntmagazine.com 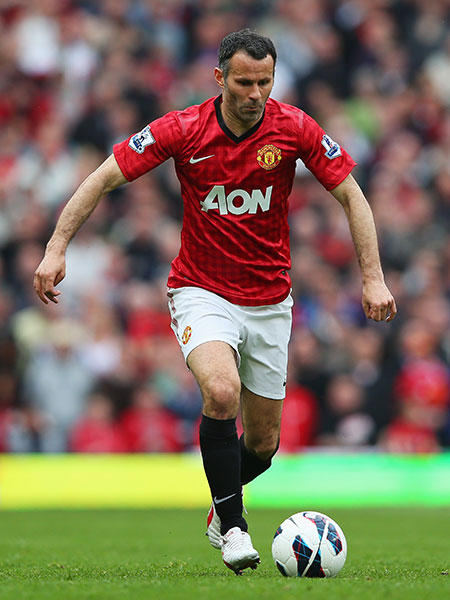 The announcement that (The Great) Ryan Giggs had been appointed as player-coach at Manchester United is, without question, the best news fans of the club will hear this season.

With the incoming David Moyes having cleared out much of United’s backroom staff, Giggs’s appointment marks vital continuity from the Alex Ferguson era.

The United veteran’s progression through his coaching badges has been well-documented, with the Welshman set to complete his Uefa pro level next year.There’s a famous video of Giggs’s debut on the field for Man U – as he enters the fray, the commentator Clive Tyldesley says: “And number 14 is 17-year-old Ryan Giggs, and we may be seeing the start of a very special career here.”

Tyldesley couldn’t have known how right he was. Put simply, Giggs’s playing career will never be bettered. And now we might be witness to a new chapter in his already remarkable story.

Life is a Beach: The Fiji Islands are so beautiful they have to be seen to be believed