St Paddy’s Diary 2013: Where to celebrate St Patrick’s in London

A sea of green will sweep from Piccadilly to Trafalgar Square this Sunday, March 17, for St Patrick’s Day, as marching bands, floats and costumed characters get into the spirit of the day and parade through town.

The route takes in Regent Street and Pall Mall before finishing up at the St Patrick’s Day Festival in Trafalgar Square, where Irish culture is celebrated in all its glory, from traditional dancing and live music to DJs keeping the party atmosphere pumping.

There’s even a London Irish Comedy Festival Marquee, and food and drink stalls are set to serve up the taste of the Emerald Isle. 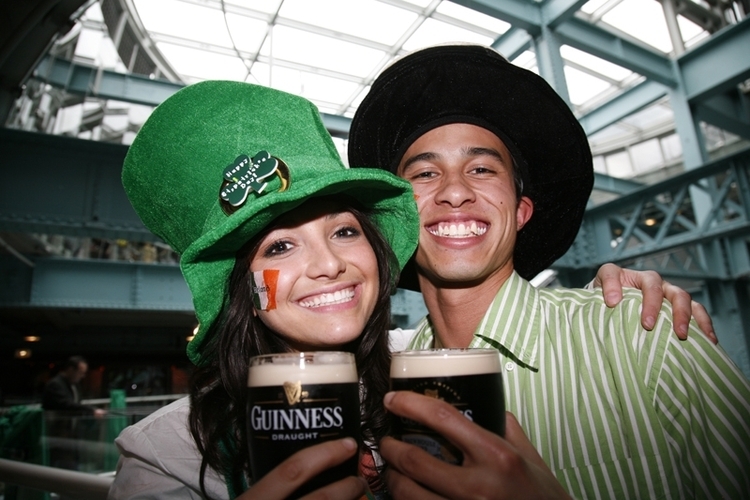 Treat yourself to a weekend of craic at this Spitalfields boozer, which is going green for the whole two days.

Enjoy a full Irish breakfast on Saturday, and station yourself by the Guinness Island, a bar dedicated to serving the black stuff.

On Sunday, soak up the previous day’s excesses with Irish stew and Kilravoc spit roast hog, and stick around for live music from Auburn Fox, who’ll be serving up trad tunes at 4.30pm and 7pm. 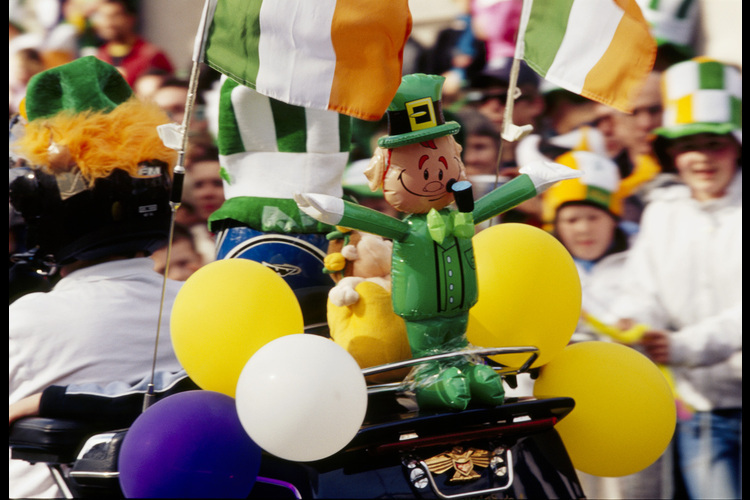 One of London’s biggest Irish pubs – six levels – will be in one hell of a celebratory mood come Sunday.

They’ve got a ‘weekend’ of festivities starting on Thursday, with action from 11am ‘til 1am on Sunday to make sure the party rocks long and hard. 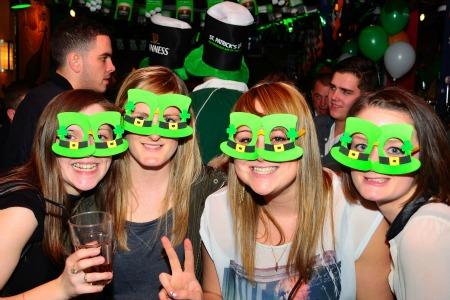 Party for St Paddy’s with TNT and Shamrocker. Live music, DJs, deals on Guinness and Irish cocktails – what more could you want for a great craic? 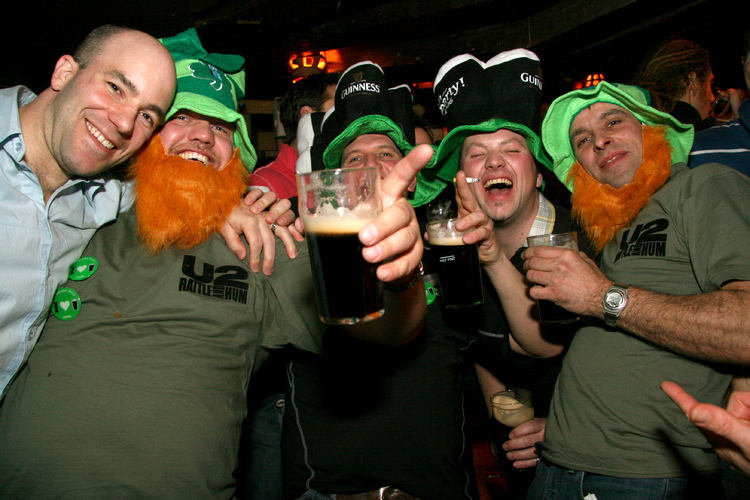 O’Neill’s is pumping up the patriotic pride in advance of St Patrick’s Day by staging a world record attempt for the most people Irish jigging from 8pm prompt on March 14.

If getting jiggy with it isn’t your thing, rock up on Sunday for sports, drinks (try Ireland’s oldest ale, Smithwick’s, for something different) and craicing Irish food. 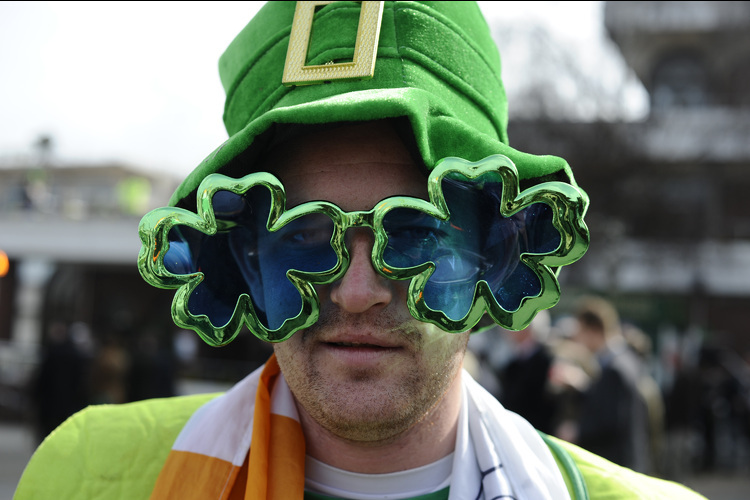 Rise above the St Paddy’s pandemonium at street level and get yourself along to this lush escape 100ft above Kensington High Street.

There’ll be a BBQ, DJ sets, a screening of the Ireland v Italy game, and plenty of drinks specials.

The entry fee includes a burger, a drink and access to the screenings of all three Six Nations matches.

There’ll be live music throughout the day at this little Irish gem in north London.

So make sure you pack your dancing shoes – no doubt the Guinness and whiskey that’ll be flowing will help you learn the moves.

There’s also loads of Irish grub up for grabs, from traditional stew to bacon and cabbage. Sláinte!

Other traveller reviews on Honduras