Starbucks’ market valuation is £24.9b and despite making sales of £398m didn’t pay a bean in UK corporation tax.
Using legal tax-avoidance tactics to pay as little as possible, they’ve also paid nothing in the past three years, and only £8.6m since 1998.

The disparity between its turnover and what it pays in UK corporation tax has brought the global chain under fire. Its nearest UK rival, Costa had a similar turnover, with £377m of sales in the year ending March 3 2011. But Costa’s tax bill came to £15m – 30 per cent of its profits.

The reason Starbucks was not liable for tax last year is that its annual results for the year ending October 2, 2011, show the company made a £32.9m loss, but there is very little information available about why its UK operations have spent almost a decade paying so little, reports The Telegraph.

In a statement, Starbucks insisted it had “paid and will continue to pay its fair share of taxes in full compliance with all UK tax laws, as it always has.”

HRMC said that while Starbucks were often “discussed”, its high turnover it did not necessarily mean the company was liable for tax in the UK.

Meanwhile, on the company’s UK Facebook page users have been registering their anger at the chain over the issue. 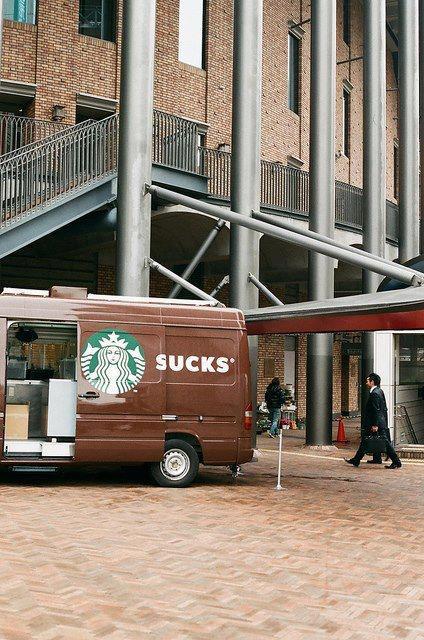 An unfortunately positioned van door on a Starbucks vehicle 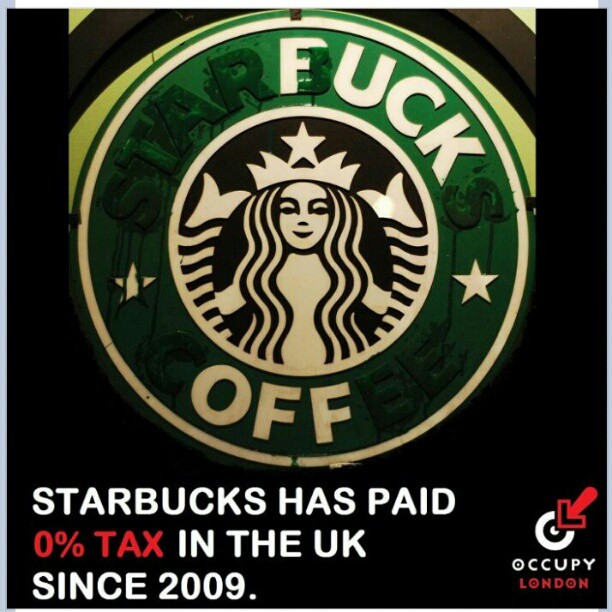 An anti-Starbucks protest from Occupy London on via Twitter

Watch out, veggies – Slutburgers are coming to Oz!

Maria Vittoria Cusumano Talks about Her Involvement with Komen Italia