Street fighters: Intense combat discipline Krav Maga teaches you how to floor your opponent while getting super fit

It’s one of the most lethal combat disciplines on the planet, devised in Israel to be used in close quarters and focuses on attack being the best form of defence (or ‘strike first’).

It’s because of this intensity that Krav Maga is such a brilliant workout.

A London-based session with Krav Maga System will not only involve attacking points such as the jaw, ribs, groin and knees – with reasonable force to avoid anyone getting too hurt, of course – but also training with sticks, knives and replica guns.

This technique is used by the Israeli Armed Forces, with versions of it adapted for police and civilians across the globe so they can protect themselves in dangerous scenarios.

In class, students learn the psychology of street fighting, how to be aware of their surrounds and identify the weak points in opponents.

Adrian Siman, from Romania, has been doing martial arts most of his life, but got hooked on Krav Maga after his first class eight years ago.

“It is simply the best martial art out there,” he says. “I’ve trained ever since and have reached Expert Level 1. I’m one of the few in the UK at this level.” 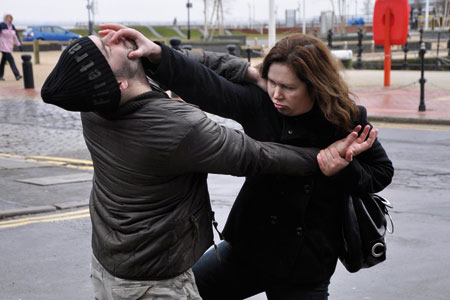 Krav Maga, which means contact combat in Hebrew, hasn’t yet been modified for competitive sport (it would be far too dangerous in its purest form), but you can be rewarded through a system of exams and belts like that of judo or karate.

“They’re really straightforward techniques,” he says, adding that Krav Maga is unlike many martial arts because it’s based on real-life situations, you fight multiple opponents and use a range of weapons.

Plus, it’s for all levels of fitness.

“We teach everyone from young male studentsto women in their sixties,” he says. “And you will make contact with your opponent in the first class unlike other martial arts where you never touch an opponent.

“The more you do it the more you will be getting fitter and learning valuable life-saving techniques. Plus, it’s a massive adrenaline rush.” 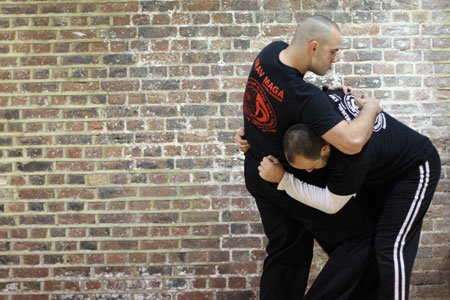 What: They reckon all you need is a good pair of running shoes to get super military-style fit. Though demanding, these classes are fun, challenging and offer various boot camp-style exercises that will leave you with
a huge sense of achievement.

Where & when: All over London in outdoor locations at various times. First session free. £37 per month for one class a week or unlimited classes for £50 per month.

What: They are all about routine, routine, routine here – a simple principle that will get you results, without getting you injured. In these classes you’ll be running through mud, lifting kettle bells, rope carrying and doing press-ups, among other gruelling tasks.

Where & when: All over south London at various times. You can pay as you go for £13 per single session or sign up for £47 a month (which includes one session per week).

What: Get to a location, throw your stuff in their van and they’ll give you a vest that says how fit you are.

Newbies will always get a red bib, no matter what their level, but with regular sessions of off-road running and a range of exercises you’re sure to be wearing the yellow of mid-range fitness and green of ‘max power’ in no time.

Where & when: Various locations and times. First lesson is free, then it’s £30 a month for one session per week.

See: More information on sessions and times at armybootcampfitness.co.uk

London 2012: Jobs in the Olympic Park