Today is the Summer Solstice – the longest day of the year – and thousands of partiers, hippies, modern-day druids and pagans gathered at England’s Stonehenge to celebrate.

Nearly 20,000 people gathered in front of the megalithic monument on Salisbury Plain, to watch the sun rise spectacularly behind the stones.

The original purpose of the ancient monument is unknown, but the stones, erected 5,000 years ago, are aligned with the summer solstice sunrise, leading scholars to suggest a link to an ancient sun-worshipping culture.

Summer Solstice is the longest day of the year with the shortest night, usually a tipping point as nights get longer and days get shorter from here onwards. Celabrations take place all over the world. 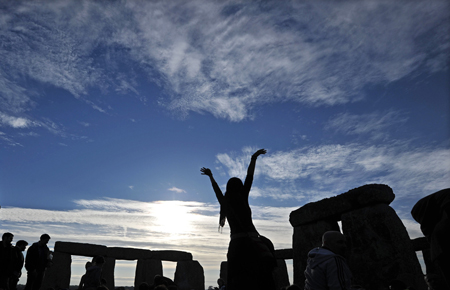 One in ten 18-25 year olds lose virginity on holiday