Surfing the UK: Where to catch the best waves and find hidden beach bays

Finally the weather is officially gorgeous, and many of you will be itching to grab your board and hotfoot it to the nearest beach. Sadly, London’s not exactly the place to surf your socks off – but, never fear, just a matter of hours away from the Big Smoke are all sorts of hotspots where you can spend a weekend in the water.

So choose from popular Cornish coves, secret Welsh bays or the booming scene in Scotland to get your surf on this summer. 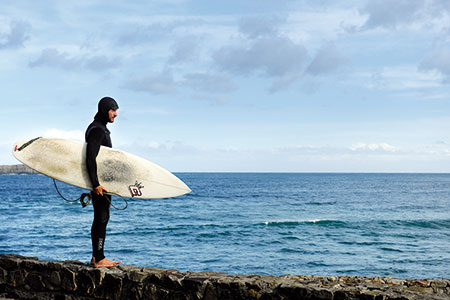 The rest of the time, there are enough smaller waves to get out in here or at one of the other nearby beaches, such as Sker, which is a well-shaped left-hand point break that runs out on to a nice beach break. What the area lacks in consistency, it makes up for elsewhere – beautiful Welsh setting, friendly atmosphere and not too crowded.

Nearby schools? Take a lesson with Cressey’s Surf Academy which offers tuition to all levels from complete beginners to advanced surfers. It’s £30 for a two-hour lesson.

What else? There’s a great community feel in Porthcawl, with plenty of waterfront pubs and bars to grab a well-earned pint in while chatting to surf sceners after a day catching waves.

Be there in: Three hours 20 minutes from London.

Transport: Take the train from London Paddington to Bridgend with First Great Western from £76pp return (firstgreatwestern.co.uk). Then it’s a 20-minute drive from Bridgend to Porthcawl. 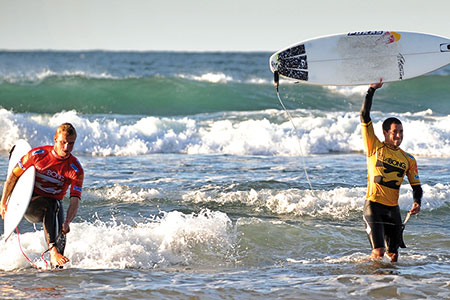 Surf: The conditions here are some of the most consistent in the UK, with decent breaks and swell all year round. Sennen Cove is better protected from winds than other nearby locations, and you can expect good-sized waves even when other spots in the area are flat.

The best time to go is when there’s a westerly swell and a light easterly wind, but no matter what the conditions, there’s always decent surf and the green Cornish scenery as a backdrop to make a trip to the coast worthwhile. The only downside is how busy the cove gets at peak times.

Nearby schools? The Sennen Surfing Centre takes lessons in the cove from £25 for two hours, or £100 for five days.

What else? Quaint seaside shops selling ice cream and souvenirs give this place a proper summer holiday feel.

Be there in:  Five hours 45 minutes from London. 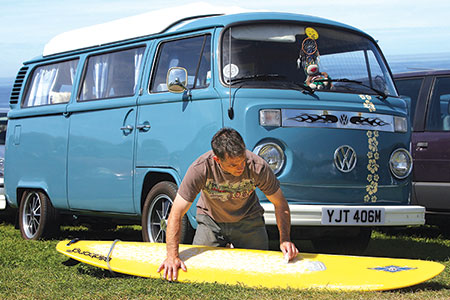 Surf: The Scots have a reputation for being a hardy bunch, so it’ll come as no surprise that the devastatingly cold North Sea is a considered a great place when the surf’s up. Pease Bay is at the heart of the booming surf scene here, with its beach break and challenging reef making it one of the most in-demand surfing hotpots in Scotland.

Nearby schools? Contact Momentum Surf Shop, which organises lessons in Pease Bay or nearby Coldingham Bay, Seacliffs or Belhaven Bay depending on conditions. It’ll cost £35 for a three-hour session. Beginners and intermediate lessons are available.

What else? You can’t beat a walk along the stunning coastline and through the nearby woodlands.

Be there in: Two hours from London.

Transport: Fly from London Southend to Edinburgh with easyJet from £52pp return. Then take a 25-minute train ride from the airport to the nearest rail station, Dunbar, with East Coast trains followed by a 15-minute taxi journey from here to Pease Bay.