If you were out and about in London’s Ealing this weekend you may have been in for a surprise. The annual Chariot Festival around the Tamil Hindu Ealing Kanaga Thurkkai Amman Temple in West Ealing attracted 10,000 people and some spectacular displays of religious devotion. 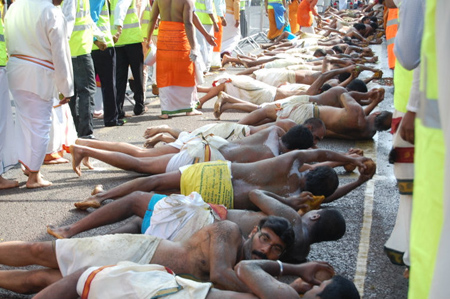 On this day the goddess was taken out from the temple on a chariot in a procession while 50 men rolled behind on the road holding onto coconuts, which play an important part in Hindu rituals. 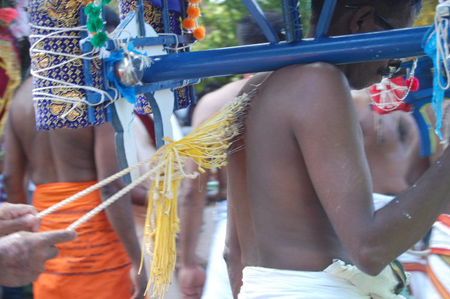 The eye-watering hooks attached to men’s backs represent the burden of the sins of the world that the gods have to carry on their backs. 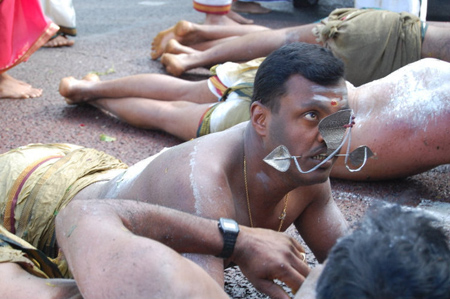 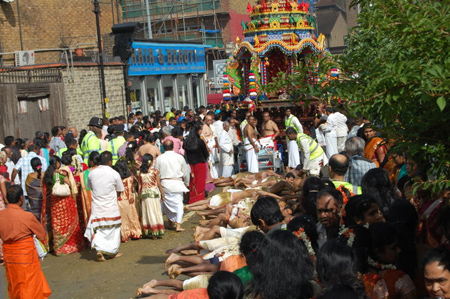 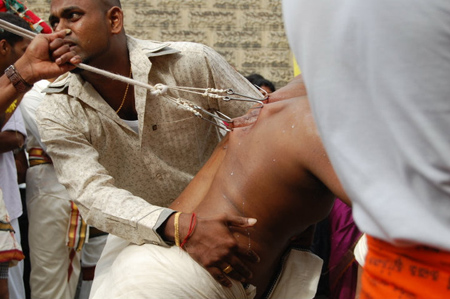 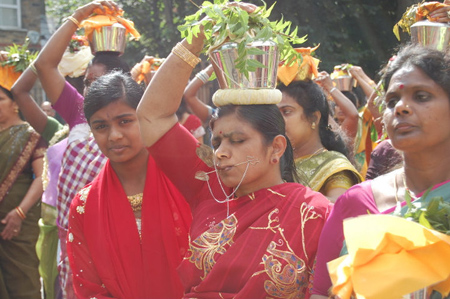 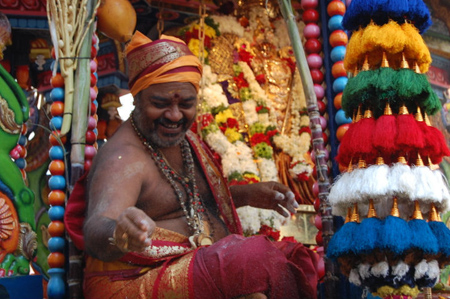 and finally, this is another close up. 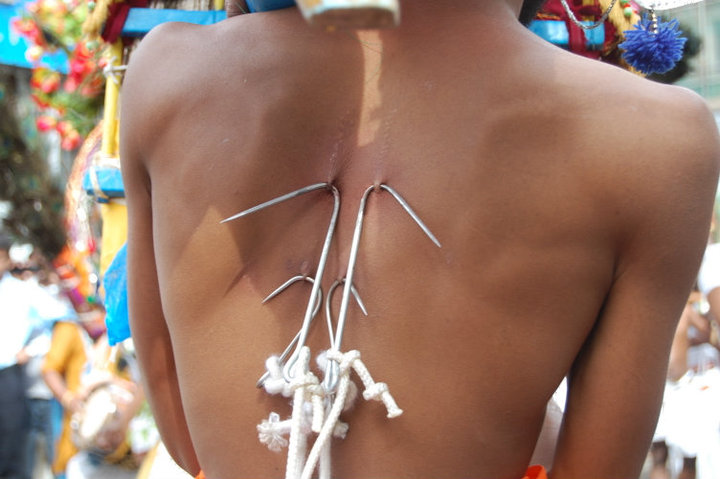 Stripped bare: Man charged by police after claiming he was robbed of a $1000 he had spent at a strip club