Teenager killed as protests spread to over 100 Brazilian cities

An estimated million protesters have taken to the streets of towns and cities across the nation, with around 300,000 gathering in Rio de Janeiro clashing with police, who have used teargas and rubber bullets to control the crowds.

A teenager was killed when a motorist caught amidst protesters rammed through a barricade into the crowd.

The protests have spread across Brazil in the cities of São Paulo, Belem, Porto Alegre, Campinas, Salvador and in the federal capital of Brasília – where protesters scaled the roof of the National Congress building. 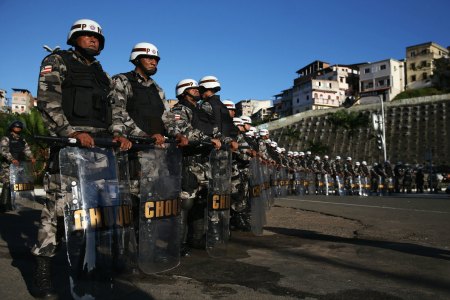 Many have cited the expensive World Cup in 2014 as an example of misjudged spending, with the continuing problem of failing public services like schools and hospitals and poverty across the country.

Hoping to calm the situation and show sympathy with the demonstrators, President Dilma Rousseff said on Thursday: “Brazil woke up stronger today. The size of yesterday’s demonstrations shows the energy of our democracy, the strength of the voice of the streets and the civility of our population.”

The protests are the biggest seen in Brazil since the early 1990s, when president Fernando Collor de Mello  resigned as his impeachment trial was in progress following a corruption scandal.