The Aussie who made it big in London 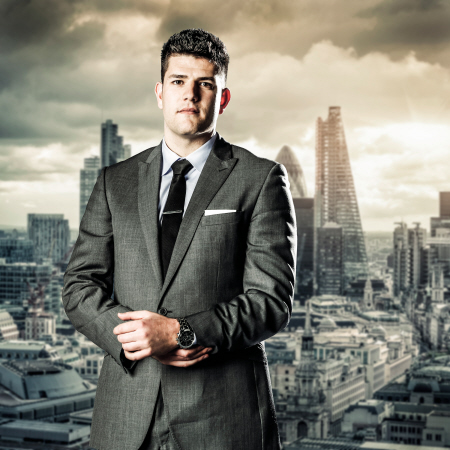 He doesn’t do interviews but he’ll talk to us because … well, because we’re Australian. Just to prove it, he poses, below, for a selfie with the TNT Editor Caroline. 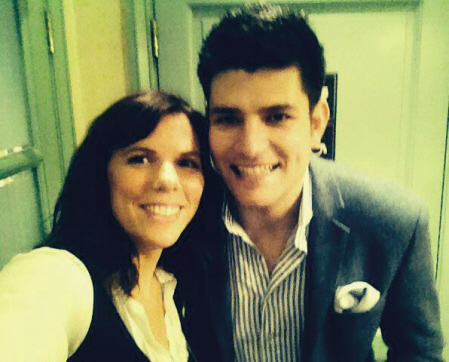 Mark Wright is Australian. I know this because 1. He’s from Australia. 2. He’s got the accent, and 3. He wears his heritage like a badge of honour.

“I’ve turned down every interview apart from SBS and TNT because I only talk to Australian media. It’s my policy; I look after the Aussies – don’t forget where you come from,” he says with a cheeky grin as he settles down for our interview in a coffee shop in central London.

And this is just the start. He proudly states that his Aussie traits are the reason for his success, and why he won this year’s Apprentice. And it’s hard to disagree with him. So much so, I’m left wondering why Australians are yet to take over the world. And what the hell I’ve been doing for the last couple of years.

Indeed, Wright’s story – the start of it at least – will sound mighty familiar to many Antipodean expats. “I worked really hard back home in Armidale for two years, and then I just smashed the money on travelling. I went with my brother, and we travelled all around Europe, America, Asia – I did a world ticket and travelled for two years. I was actually a tour leader with the Fanatics… it was not the road best taken in terms of business,” he laughs, “because you earnt no money and all I did was party all the time; but I learnt a lot, and it was an amazing experience.”

Here he is at Oktoberfest. 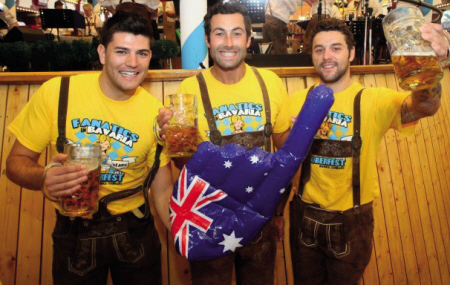 It was London, though, that impressed him the most. “This was the best place – London was amazing. You could almost smell the opportunity for young people. Australia is great in terms of it has a more relaxed lifestyle, but it has nowhere near the opportunities for business, and I’ve always been a budding businessperson. It was a no brainer, so I came back to look for work.”

It was 2010, and London was still suffering from the effects of the recession. But in spite of this – or perhaps because of it – Wright landed himself a job and a flat within two days of arriving. “In hard times, people have to take a gamble, and I was a gamble,” theorises Wright. Again, though, he also thanks his Aussie roots for landing his first job. “I was living in a hostel in Victoria and all I had was two pairs of board shorts and a singlet. I went to Marks and Spencer, put a pair of slacks and a shirt on, and I went straight out and door-knocked all of the businesses along the high-street. Because I’m from a country town, that’s what I used to do – just take my résumé into places; now I know how ridiculous that was, but it worked!

“I knocked a company called Reach Local, which was an internet marketing company, and their minimum spec was that you had to have a tertiary qualification, you had to have a degree, you had to be over 26 and you had to have a car and a driver’s licence. I met none of the criteria.” The boss liked his ambition, though, and took a chance on him. There were also some Aussies working there who had a room going, so that was that. Easy, eh?

Those of you who watched The Apprentice will know that Wright’s business plan was to set up his own internet marketing company, Climb Online (climb-online.co.uk); so it looks like that first London job he happened to get worked out pretty well for him. The secret of his success? Being an Aussie of course…  “When I first started and I was cold calling I used to say ‘G’day, this is Mark Wright, I’m not the guy from The Only Way is Essex, I’m the guy from Australia’ and people would start laughing and they would listen to me – I used to get more meetings sorted than any other rep.”

He also eschewed the Brits’ penchant for hierarchy (“they have this thing about rank – I don’t know if it’s because of the Queen or what”), instead knocking on the big boss’s door if he had a problem. And he treated Lord Sugar the same. “With Australians, it doesn’t matter if you’re a Lord or you’re the guy with 10 cents on the street, we treat everyone the same, and I think that’s got me a long way. I think Alan Sugar saw in me someone very different to anyone else who had been on the show.”

He also accredits his survival in The Apprentice house to his experiences travelling and as an expat. “When I first came over I lived in a house with nine Australians – in a place that had a lot less than nine bedrooms! I think that living in hostels, travelling, working for Fanatics and living in a house share put me in better stead than the other contestants when it came to living in The Apprentice house. I was getting good sleep because I’m used to noise – I’ve been to Oktoberfest where there are 35 people sharing a room, so sharing a room with four people was nothing to me. The others really struggled, so I was at an advantage with that.” 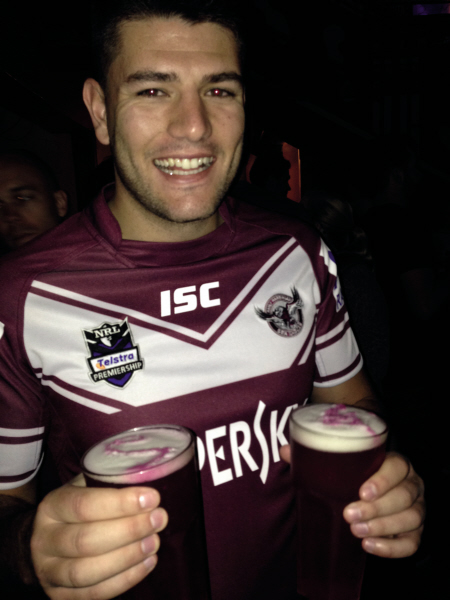 So with a loud and proud Aussie winning a UK show, what do the Brits think about it? “Initially there was all the talk of us coming over and stealing all the jobs, but at the end of the day it’s a competition for the best person to win. That could have been anyone. I guess when the English and Australians think about one another, we always think about rivalry in sport. Now the fact that I have gone on to win one of their biggest TV shows, it’s kind of like a sporting rivalry – they’re like ‘Darn! They’re beating us at the cricket at the moment, they’re beating us at The Apprentice – they’re everywhere,” he laughs.

But Aussies aren’t everywhere. Not anymore. So we ask him how he feels about Lord Mayor Boris Johnson’s campaign to make it easier for Antipodeans to live and work in the UK. “Yeah it should be much easier,” he agrees. “The Brits have got problems with people migrating in who are eligible on the EU agreement, so what they’re doing is they’re stopping the people they can stop – which is Canadians, Americans, Kiwis and Australians – and I think it should be the other way around. Honestly, because all the Australians I know who come here are really hungry for the opportunity. They work hard, they pay their taxes and they don’t abuse the system. So the more Aussies and Kiwis you can have over here, the better.”

Wright is over here on a five-year ancestry visa (his Nan was born in Manchester), and he’s fairly confident that he’ll land citizenship once his time is up – “I own two companies in the UK and my business partner is Lord Sugar, so that helps,” he smiles – but what’s his advice for Antipodeans struggling to find sponsorship to stay here?

Talking of his company, how’s it going? “Winning The Apprentice was the easy bit. Running a business at the level that Lord Sugar wants is huge. He wants an international, multi-million pound company, which I’ve worked in but I’ve never run before. Alan Sugar wants big stuff, so the pressure’s on.”

It’s not like Wright’s afraid of hard work, though. “I’ve given up the last three years of my life to work. I’ve lived in London and I haven’t seen any nightclubs. I haven’t done all these bits and pieces that other people do.” Although he was given some time off straight after winning The Apprentice. Well, we say time off…. “I went back to Australia for two months. I worked for my dad, washing cars for him. He said to me, ‘You’re never too important to come back into the family business.’ No one cares who I am there. Here I get asked for photos and autographs about 30 times a day, and in Armidale I’m being told to wash cars,” he laughs.

And how’s he enjoying that fame? Will we see his face on the next Celebrity Big Brother? “Big Brother could offer me all the tea in China and I would laugh at them. I like to do things that help people in business or help my industry, not things that help Mark Wright become famous and get hot girls to ask for photos. I don’t think that’s the right route.”

So what does the future hold for Mark Wright? “The next three years are still going to be really tough – it’s seven days a week, 24 hours a day at the minute, but it’s paying dividends. I’m a 25-year-old kid from Armidale in New South Wales and my business partner is a billionaire. Not many people can boast that.”

Snowed away: Winter activities to do in New Zealand

A warm beer could actually be ordered