The Lake District’s great outdoors: Stay for free in a bothy shelter and wake up with stunning water views

The early morning light has turned a nearby lake flamingo pink, and the cluster of golden and green trees are reflected in the water. A speckled duck is giving her little ones a gentle swimming lesson and the birds are just starting to sing. I keep my blanket wrapped snugly around me and take a seat by the water’s edge, thinking that as early morning starts go, this takes some beating.

I’m out here in the wilderness with my friend Ben, on a mission we’d dreamed up in a Dalston bar together a few weeks earlier – to spend as much time in the great outdoors of this spectacularly scenic region as we could. We decided to try spending a few nights in the numerous bothies and barns scattered across the land, in spite of the fact the nights are still decidedly chilly. 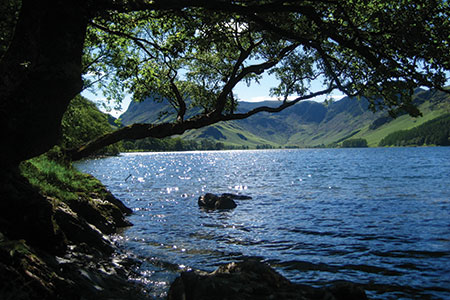 After a long drive from London, we reach the campsite of Borrowdale’s Chapel House Farm at the ungodly hour of 2am. Rain is bucketing down to the point it’s impossible to pitch our back-up tent, so we resort to spending the night in the car, tucked up with our blankets and pillows.

Things pick up in the morning when the cheerful owner of the farm comes and asks us how we slept, sympathises about the pouring rain and kindly offers the use of his barn should we need to sleep in it later.

Looking forward to spending the night in such a unique shelter (there are even mattresses inside, which makes it practically luxurious), Ben and I set off for a hike. 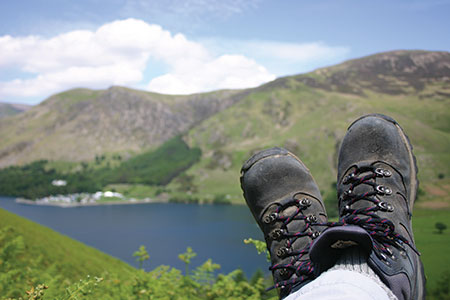 What seems like a thousand shades of green make the meadows and hills a stunning sight. Near the farm we discover a beautiful waterfall crashing over slate and into rivers that weave through the scenery. It feels as though we’re the only people for miles – we probably are.

Just as the sun is setting, we make it to Derwentwater, one of the biggest lakes in the district. A National Trust four-wheel drive is doing the rounds here, and we get chatting to the ranger, who’s accompanied by a friendly Alsatian. We tell him we’re on a much-needed break from the Big Smoke. 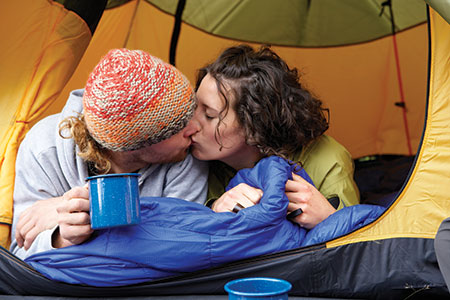 “Just slow down and enjoy life,” he says. “London doesn’t let you do that. That’s why it’s good you’re here right now.”He continues to preach to the converted, before convincing me to sign up for National Trust membership there and then – the promise of access to NT bunkhouses and a free blanket proved too tempting to resist.

The following day we hike around Emmerdale Lake, Buttermere and the quaint little town of Keswick. We end up in the hamlet of Watendlath, just south of Derwentwater, where we discover a perfect bothy next to the tarn to kip in after a day’s walking. 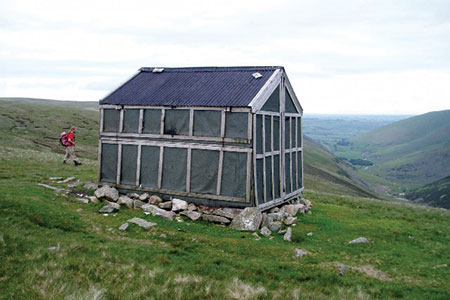 I think of bothies as essentially being stone tents. Just four walls and a roof, they occasionally offer basic facilities, are usually left unlocked and are available for anyone to use, free of charge or for a nominal fee.

Originally left for itinerant workers, nowadays they’re used mostly by walkers, cyclists and other travellers who might find themselves in need of shelter.

There’s a strict etiquette to using bothies, based on respect for your fellow travellers. You’re supposed to share if more travellers show up in the night (‘I got here first’ attitudes are definitely not appreciated) and as a gesture of goodwill, you should leave the place as you found it, spick and span – collecting some dry kindling to ease the burden of the next user is also expected. 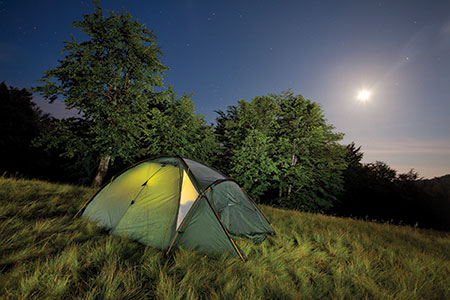 This particular bothy is one of the fancier ones; a snug space with bunk beds (no bedding, but I never said this was the Hilton) that about six people could fit comfortably inside. As we hunker down, I think this back-to-basics mini-break has really been a gorgeous adventure – simple and perfect for anyone who fancies a bit of alone time with one of the prettiest places in the country.