Hastings, the 14th Earl of Loudoun, a forklift truck driver who moved to Australia in the 1960s, hit the headlines in the early noughties after a Channel 4 documentary revealed his family were cheated out of the monarchy.

Hastings died last month and was buried today in Jerilderie southwest of Sydney.

The documentary found evidence to suggested that Edward VI, who ruled from 1461 to 1483, was illegitimate, as his father would have been at war when he was conceived.

If this was the case the monarchy would have passed to Edward’s younger brother George, a direct descendant of Hastings.

When told of his rightful status, Hastings replied: “Well, there you are.” 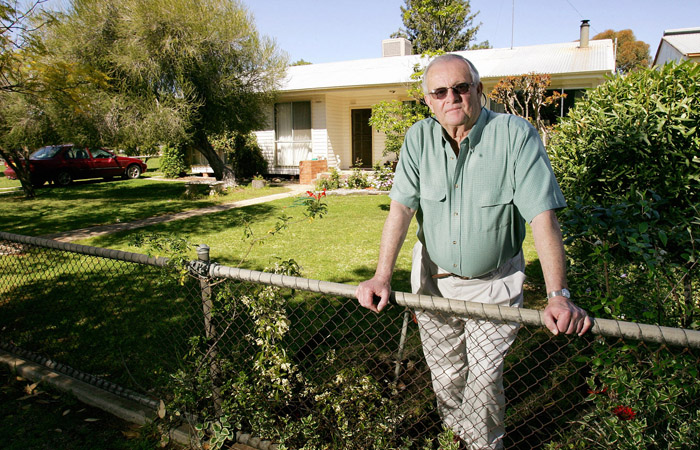 Hastings suggested he was unlikely to act on the information during an interview in 2005.

He said: ‘I reckon I might send Lizzie [Queen Elizabeth II] a bill for back rent. The old girl’s family have been living in my bloody castle for the last 500 years.’

However, his son Simon, the new rightful King, said: “It’s something that I’ll have to look into in the near future.”