London sound: your guide to the best music and club gigs in the capital this week

Hyde Park becomes ‘Guitar Park’, the setting for rock gods, returning titans, reformed axe-masters and punk icons, along with a healthy dose of up-and-coming talent. If you have even a passing interest in the six-stringed instrument, then you’d be a fool to miss out here.

Soundgarden were once the classic rock-meets-metal stalwarts of the Nineties grunge scene, but split in 1997, before regrouping in 2010. With the original four- piece line-up – Chris Cornell, Kim Thayil, Matt Cameron and Ben Shepherd – this is the ‘Garden as they were, and are, and anyone who saw them destroy Download a few weeks back will know the boys have a classics-laden set of Superunkown and Badmotorfinger hits up their sleeves.

Support comes from none other than street-walking cheetah Iggy Pop and his Stooges, and, playing their first show in the northen hemisphere for more than 30 years, Cold Chisel, Australia’s proud torch bearers for powerful pub rock ‘n’ roll writ stadium size.

Saturday welcomes the Boss to town. After battling the mood of the storm-lashed Isle of Wight festival last month (and winning), where he pulled out the stops for a three-hour set, Bruce Springsteen will be hoping for a bit of sun this time.

We’ll be hoping he nails it as he did on the UK’s little island in the channel, delving deep into his remarkable back catalogue of true rock ‘n’ roll classics. Paul Simon closes the show on the Sunday, performing his groundbreaking 1986 album Gracelands, complete with Ladysmith Black Mambazo. 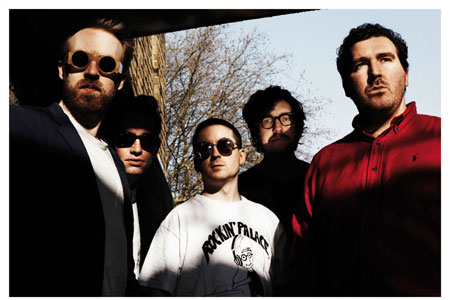 The reformed Happy Mondays, electro-disco-indie poppers Hot Chip, Kool And The Gang and TEED are just a handful of the acts performing at this four-day fest in the eye-catching surrounds of Lulworth Castle. It’s more than just about the music, though, as this Bestival spin-off has plenty of DJs, theatre productions, talks, spoken word and literary goings on among its family-friendly approach. If you fancied it, you could go and catch The Gruffalo (live) while you’re there, as well. 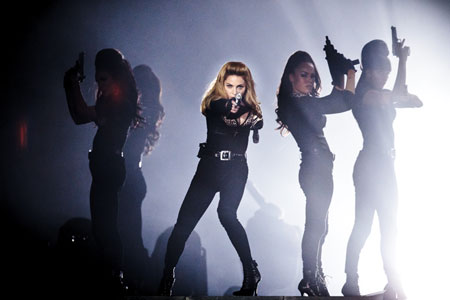 She may have lost her crown to Lady Gaga, and found herself fumbling to maintain her relevance to the kids (her ‘mandy’ babbling from a few months back was especially cringe-worthy), but she’s still one of a kind. It’ll be a hit-laden set with classics and newbies alike. For such a steep price, though, you’d expect as much.

Pulling together a number of the pop stars from the Stock Aitken Waterman stable, this (mostly) Eighties throwback event features the likes of Bananarama, Dead Or Alive, Rick Astley and 2 Unlimited. The real treat, though, is, for the first time in absolutely donkey’s years, a live duet between Kylie and Jason. 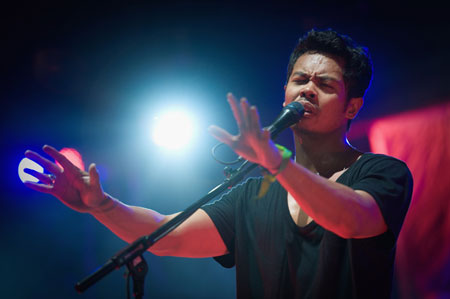 Club: Pushca Returns To Save The World

This retro-flavoured bash takes it old skool, with the sounds of the Nineties. DJ Spoony, Matt Jam Lamont, alongside Mickey Simms, Ray Hurley and Andy B, will be on hand to spin the house and garage classics, with diva queen Rosie Gaines popping in to perform her 1995 chart smash Closer Than Close.

Mash-up master DJ Yoda – hailed as “one of the top 10 DJs you have to see before you die” by Q Magazine – and hip-hop and electronica legend DJ Vadim headline the intimate surrounds of Brixton’s Jamm for this one-off, very special night that will venture from roots, to hip hop to soul, house and techno, and everything in between.