The science of souls: Something for Kate bare all

After six years of bars, babies and solo careers Australia’s pioneering indie rock trio, Something for Kate, have regrouped and are back better than ever (so they claim).

Having locked up the tour bus in 2008 after almost 14 years at the top of the Australian music industry, the Melbourne three piece decided it was about time to dust of the drum kit, tune the guitars and see what musical juice half a decade apart would squeeze out.

With 11 ARIA nominations under their belt you’d almost expect the trio to stick to a clearly tried and tested recording routine. But, according to lead singer Paul Dempsey, when it came to recording their new album Leave Your Soul to Science, playing it safe was never on the cards.

“I think the biggest risk was not worrying so much, not over thinking everything and just having a bit of trust, you know, that you didn’t have to play every single note absolutely perfectly and it will still sound okay.”

And sound okay it does. While there’s no denying they’ve stuck true to their roots (anyone who has ever heard the group’s previous offerings will recognise the melancholic rock holding down the record), the new electronic overtones and synth heavy guitar give Leave Your Soul to Science a raw energy we’ve yet to encounter. The new sounds were no accident either, as Dempsey explains, they approached the new project with a no holds barred attitude.

“Sound wise we just went for something, you know, some really strange sounding guitar sounds… and we were sort of willing to say yes to anything that was strange or different.“ 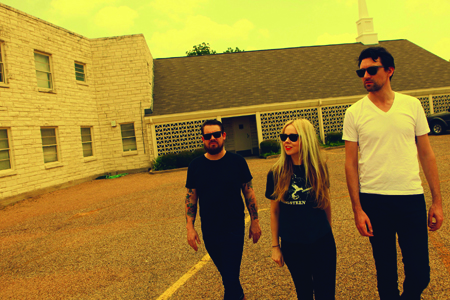 Giving them a firm push in the right direction was producer John Congleton who, according to drummer Clint Hyndman “pretty much works in a completely different way to what we’re used to.” Joining the band in Dallas, Texas, to record the record, Congleton took a look at their back catalogue and decided something needed to change.

“He kind of went through our back catalogue and was like, ‘right I don’t think you guys have taken enough risks, here’s what I think’.” Hyndman recalls, explaining that although it was new, it definitely worked.

“We were just doing things that we would never do. He would just be like ‘try it this way’ and we were just like yeah fine, we’ll do it and we’ve never done that before. But we did and it worked really well. We came out with a really different sounding record”.

And it’s not just the sound that has gone in a new direction. Dig your way through the sonic tunes and you’ll realise the lyrics have joined the instrumentals on the slightly psychedelic path. While Dempsey’s never been one to shy away from a little introspection, the singer has turned it up, proving he’s one part songwriter, one part philosopher.

Floating between mysticism and reality, Dempsey’s venture into big bang territory is enough to leave your head spinning with seemingly unanswerable questions, the least of which will be the state of your sanity. Feeling a little overwhelmed with the scope of the lyrics, I ask Dempsey where this universal exploration stems from.

“I’m fascinated by our very existence,” he admits. “I guess I have something of an existential dilemma going on, you know, I just sort of, several times a day find myself kind of pausing to consider the fact that we exist and it’s not enough for me. It’s not a satisfying answer to say that we were just put here by a higher power and that there is some sort of energy permeating the universe that affects human lives”.

Deciding that, without an acid trip, existentialism was probably going to be out of my reach that afternoon, I move on to easier territory – their upcoming Australian tour.

After almost 14 years touring the globe you’d be forgiven for thinking the rush of travelling may have given way to a loathing of airport lines, fast food and paisley hotel beds. But alas, Dempsey say’s he can’t wait to get back on the bandwagon and experience something, well, different. 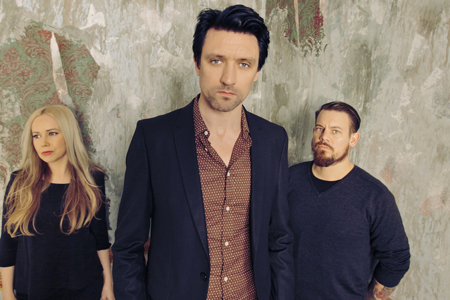 “I’m looking forward to just getting up and playing every night in a different place, to a different audience with a different set list. I’m just excited to be going back out on tour and playing a whole bunch of different, new songs.”

Although Dempsey’s had an incredible amount of success with his solo ventures over the past five years, Hyndman took a completely different route, opening up a couple of saloon inspired bars in Melbourne. So how does he feel trading in the in Boston glass for drumsticks?

“It was kind of a little bit nerving getting back round the kit after doing hospitality for so long…but obviously we’re really close friends so it should be fun going out and playing those songs that we’ve spent a fair bit of time writing.”

With all three band members becoming parents during their break, (Dempsey and wife, bassist Stephine Ashworth, had a son in early 2011) I have to ask, is the tour really just a guise to down the nappy bag, break out the leathers and indulge in a little nostalgic party time? According to Hyndman – apparently not.

“It’s pretty funny because both babies are really close. It’s a good chance to have a break. It’s kind of weird that we’re going to be going on tour to actually get some sleep as opposed to what it used to be like”

So, apart from bucking the fundamentals of touring and using it as respite, what’s their favourite part about travelling? Exotic hotels? Hidden beaches? The wide open road? Nope, it’s finding junk. Well, for Hyndman anyway.

“I like those outer suburban regional areas of Australia. They’re good for finding old junk. I’m obsessed with collecting old stuff. A lot of it is to go into the two bars I have. They’re filled with junk. Anything old and rusty I love.”

Uh huh. So no collecting shot glasses or teaspoons? How about Dempsey? “I sort of collect books, or books collect me. I just can’t stop buying books even though my house is almost constructed entirely out of stacks of books.”

With so much travelling to come in the next few months (Something For Kate will play Homebake after their sell-out national tour) I can understand the need for a bit of light entertainment to pass the time. So what’s on the reading list for this modern existentialist?

Well now, what would you expect?

RWC: All Black’s Win but are pushed hard by The Pumas