Set on the 4th of July in 1906 (when he himself would have been almost 18) it has many of the hallmarks of his more serious and better known works – a younger brother, Richard, showing signs of following in his older sibling’s more wayward footsteps, too much alcohol, thwarted romantic dreams – but the mood is, unusually, ultimately optimistic as Richard embraces the possibilities of the future. 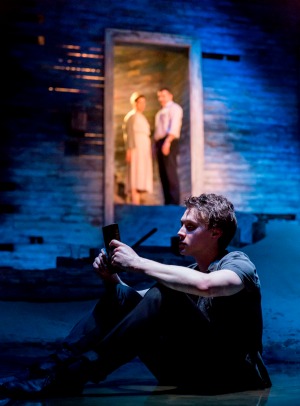 With its numerous quotes from, among others, Shakespeare and Swinburne (and with the tile itself taken from The Rubaiyat of Omar Khayyam) it feels in some ways as though it’s the experiment of a young man finding his dramatic way. But director Natalie Abrahami’s attractive production makes it clear that this is O’Neill looking back at how his life might have been, placing a middle-aged O’Neill lookalike (David Annen) on stage to monitor the proceedings on designer Dick Bird’s dreamlike sandscape with its multiple doorways. 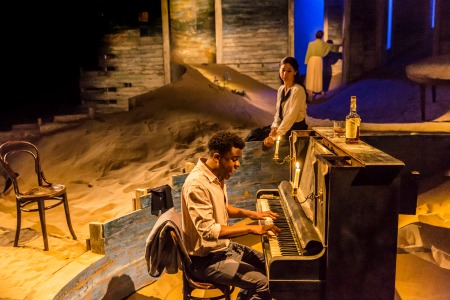 George Mackay’s rebellious Richard is full of teenage angst one moment, romantic exhilaration the next as he approaches his own personal independence from the constraints of his solid father (Martin Marquez) and prim mother (Janie Dee), whilst Dominic Rowan provides much of the comedy as his cheery drunk uncle.

It’s no masterpiece, but as an idealised flipside of the anguished family life he later dramatised in Long Day’s Journey Into Night, this Connecticut beachside interlude shows another aspect of the Nobel Prize-winning American playwright.

London scene: the best in theatre, film, comedy and art in the capital this week