There’s no question this guy has a powerful imagination, but, with its futuristic outer space setting, X will probably speak more to Sci Fi fans than the conventional theatregoer who’s after an evening’s light entertainment. Trying to make sense of exactly what’s going on proves something of a challenge in this outer space-based production with its barren out-of-kilter set.

A handful of young scientists – plus Darrell D’Silva’s middle-aged captain, Ray (from “the last generation that lived amongst the living”) – is stranded on a research base on Pluto. It’s way past the time for their return, but communications have mysteriously died, no-one’s come to collect them and they’re starting to panic. The passage of time is marked by an unreliable digital clock as they tell stories of how things were back on an earth where the last tree died years before they left and birdsong is only a memory lovingly preserved in Ray’s birdwhistles.

Isolation and unreliable time play tricks with their minds — and although they do not visibly age in their unisex outfits, one by one they succumb to the psychological and physical pressures of existing in a bland, hermetic environment with no way out. 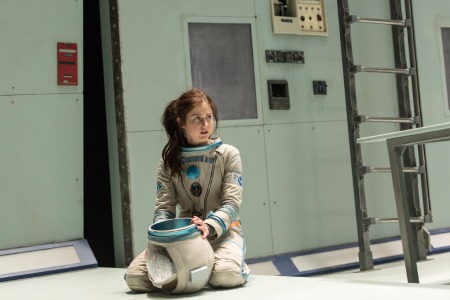 There are persuasive performances from James Harkness as irritating (but not always distinct) Clark and from Jessica Raine (of TV’s Call the Midwife) as nervily disintegrating second-in-command Gilda. But I’m afraid that, as far as this reviewer is concerned, there was more than one occasion when I rather wished that someone would come along and rescue me – as well as the crew- from this confusing dystopian vision.

SA duo off to Bali for Pro Junion surf

How is a CBD Ointment Beneficial for Your Skin?