So, it’s Christmas time once again. The season for mince pies, being jolly – and digging deep in your pockets to buy your aunt some woollen socks and your office co-worker a blow-up doll. That is, when your head isn’t in the toilet recovering from last night’s Red Hot Santa Tinis. With drinks flowing and stockings waiting to be filled, this time of year is always a bit of a squeeze. So why not pick up some extra dosh by taking on some seasonal work? From Santa’s Little Helpers to flogging fir trees, December is awash with jobs for the festive down-trodden. And, hey, you might even get into the spirit…

As London gears up for its busiest drinking month of the year – with extra ambulances at the ready when office parties go wrong – so too, do the most festive bars and restaurants. VIP catering companies such as At Your Service (ays.co.uk) and Espirit (espiritgroup.com) provide bar and waiting staff for some of the most exclusive parties in the city. Hours are flexible, meaning that work needn’t interfere with your own plans, plus the perks abound – think massive trays of sausage rolls and smoked salmon canapes that are all yours if they don’t get eaten. For more experienced bar staff, the Nordic-themed watering hole in Hyde Park’s Winter Wonderland (underbelly.co.uk/nordicbar) is hiring dozens of temporary employees throughout the months of November and December. Get in there.

Santa and his Little Helpers

With beards and bellies provided (if you need them, that is), how could you ever not consider moonlighting as Lapland’s finest resident for the Christmas season? The Christmas grottos at shopping centres in Brent Cross, Bromley and Watford are onthe look out for Santas. No North Pole experience necessary, and the recruiters ensure that the going rate for Father Christmas is “competitive” (magentastar.co.uk/joinourteam.html). If short, rather than wide, is your thing, then look no further than the world’s largest (and arguably greatest) toy store. Hamley’s flagship shop on Regent Street is recruiting Christmas elves to join its team over the busy season. Applicants must have a cheery demeanor, look good in green, and know how to steer a reindeer. To find out more, email the Hamley’s Toy Shop team at jointhemagic@hamleys.co.uk. 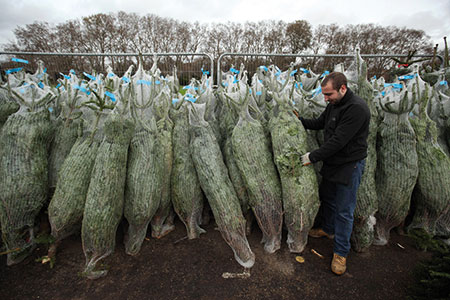 Tree hauling is a man’s job. And nowhere is that more apparent than at Pines and Needles Christmas tree suppliers, where vendors must be comfortable enough with their brawn to wear a traditional Scottish kilt – a skirt worn by both sexes. The reason? All trees sold at Pines and Needles are freshly cut from the Scottish Highlands. Worried your bare, knobbly legs will buckle in the cold? Fear not. A strong dose of heavy lifting and Christmas cheer will be sure to warm the cockles at this most festive of jobs. To find out more about the hundreds of openings, email enquiries@pineneedles.com. Christmas Forest, which has stalls all over London, will also be recruiting through the months of November and December. To find out more from them, email info@hristmasforest.co.uk. 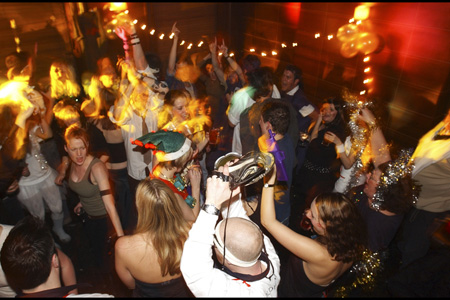 DJing from decks placed atop the managing director’s desk in a stuffy office block may not be what you envisioned for your first gig, but we’ve all got to start somewhere – and with Mariah Carey spinning on the decks, what’s not to like? Companies such asDJ London (dj-london.co.uk) and Function Central (functioncentral.co.uk) are on the lookout for talented DJs who can help them keep up with demand as the Christmas party season approaches. Gumtree is also a thriving hotbed of jobs for musical aficionados who need to earn some extra cash this year; search DJing jobs, and you’ll be faced with everything from Christmas cheese requests to positions for those who are willing to break out some grimier beats during the season of goodwill.

• Lapland is on the lookout for ‘Dogsled Mushers’. It’s not as grizzly as it sounds…although in order to drive a sledge of huskies through an endless icy wasteland you’ll need a good sense of direction – and a stellar pair of gloves.

• Rudolph the red nosed Reindeer served up for dinner with a side of veg and potatos sounds a bit macabre. But if you’re a bit of a Scrooge, the position of ‘Reindeer Chef,’ at a leading restaurant in Norway may be right for you. They say it tastes like chicken.

Shane Watson in squad for 2nd Test in Adelaide despite injury