TNT campaign: The UKBA is a shambolic mess, sign our petition to demand improvements to visa services

Just weeks ago TNT ran a piece in the mag stating the government office wasn’t fit for purpose after it revealed a backlog of 16,000 immigration requests spanning 10 years.

We asked you to send in your horror stories, and we’ve been inundated.

UPDATE: 26/03/13 – Home Secretary Theresa May has announced the UKBA will be split into two organisations, with one dealing with visa services, following a damning report highlighting backlog and admin issues. However, our demands still stand for the new organisation.

From readers facing deportation due to being given the wrong information, to others having to cancel flights or miss weddings because the UKBA is so inefficient, lives are having to be put on hold.

It’s not good enough. In fact, it’s disgusting. We’re campaigning for change and we need you to get involved.

Six months is a long time to have to wait to find out whether your vital documents – ultimately your identity and your freedom – have been processed, so we’re calling on UKBA to set up an emergency helpline which applicants can call at any time during their visa processing stage.

We want UKBA to send out a letter acknowledging receipt of passports.

We want six-month timescales for new visas or extensions reduced to three.

We want refunds for applicants not processed in this time. We want an increase in premium appointments, and we want applicants to be able to apply for new visas months before the current one expires.

And we know it can be done – read Melanie Quin’s story. She was facing being kicked out of the country, but within 24 hours of TNT presenting her case to the Home Office, she was given an apology and allowed to stay.

A Home Office spokesman said some delays had been caused by a “high number of applicants”.

When asked why applicants couldn’t request information before six months, he said it wasn’t “deemed an effective use of resources”.

We disagree – and no doubt you do too. Here are two stories which highlight the incompetency of the UKBA. Over the coming months, we’ll be running more. Sign our petition and together we can take to task this shambolic office. 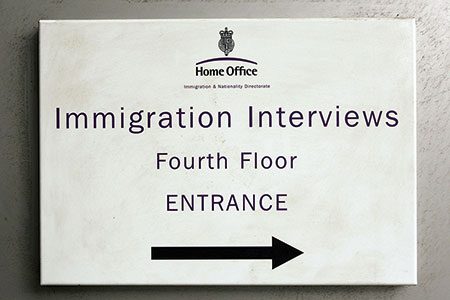 When applying for Indefinite Leave To Remain in the UK, Amanda Parker opted for the premium £1377 one-day service.

As the 27-year-old Kiwi, who’s been in the UK for five years on an ancestry visa, works as cabin crew for an airline, being without a passport wasn’t an option.

“Most of my trouble started about a month out from when my current visa was due to expire – you can’t apply to renew your visa until then,” she explains.

“I went on to the UKBA online booking system but there was nothing available at any of the offices in the UK. I searched various dates, even going beyond my expiry date and nothing.

“I rang UKBA and was told I’d need to send my forms in, which would take six months, and they would keep my passport.

“Without a passport I can’t work, without work I can’t pay my rent, which means a whole new life for the sake of one visa.

“I was told I could’ve applied for an appointment in advance, despite never being told this before.

“After a small meltdown, I rang the office again and spoke to a helpful guy who told me I could hire an immigration lawyer as they book up all the appointments.”

However, a BBC investigation last week revealed some appointments are being sold by unofficial agents, who scoop them up and sell them for a profit to those who can’t find one themselves.

Parker managed to find a lawyer and paid £1050 for their services.

Three days later, she got an appointment in Croydon, but not before having to travel to Birmingham to meet with the lawyers.

“So in the end, it cost me approx £2530 for a small plastic card that lets me stay in the country. I’d sum the whole thing up as stressful and expensive.”

Have you suffered at the hands of the UKBA? We want to hear your story, email carol.driver@tntmultimedia.com 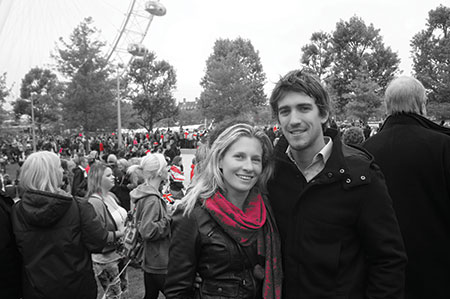 Melanie Quin: ‘I was told I had two months to leave the country’

Melanie Quin had just three weeks left in the UK before she had to leave the country.

Having lived and worked in London for more than five years on an ancestry visa, the New Zealander was facing being forced out of the UK after a five-month ordeal trying to apply for the right to remain.

Through various UKBA offices, the 30-year-old was given wrong information, saw her emails ignored, and was told to complete incorrect forms.

After being told to wait until her visa expired to submit form AN, she was then informed she was actually too late to apply, her ancestry visa had expired, she could not remain in the country – she had two months to leave.

“I began to cry with despair,” Quin explains.

“I asked the UKBA adviser if there was anything I could do. She said I could go back to New Zealand and apply again for a five-year ancestry visa.”

With just three weeks to go until Quin was due to fly to Sydney, saying goodbye to her friends and leaving her boyfriend, Paul, behind, TNT put the case to the Home Office, demanding answers over how she had been treated.

The response came 24 hours later, with a full apology and the promise her application would be dealt with asap.

“I can’t believe it. Thank god I didn’t book my flights!” Quin said.

“Now I can stay, there’s no pressure on me to leave. I’m really grateful – thank you TNT!

“I can now compete in the London Marathon with Paul as we’d planned.

“My message to others would be not to give up, to get involved in the TNT campaign and help to make a difference for everyone else going through a nightmare scenario with the UKBA.”