Despite winning the House of Representatives by a significant margin, Abbott still faces a tough task of getting new legislation through the upper house with seven new senate representatives coming from the ‘other’ category.

These include a predicted two from mining magnate Clive Palmer’s Palmer United Party and a Liberal Democrat from NSW.

Abbott said he would be ”respectful and courteous” to those elected to Parliament.

”But in the end I think they all need to respect the government of our nation has a mandate and the Parliament should work with the government of the day to implement its mandate,” he told Fairfax Radio on Monday morning.

“’The people voted for change and change they will get and I’m determined to ensure that the Parliament delivers them the change that they want.”

The first item on Abbott’s agenda is to abolish the carbon tax brought in by Julia Gillard.

Also on his attack list is the process that allowed the micro-parties to be handed seats via complex preference deals.

It’s also been suggested those voting for Liberal Democratic Party candidate David Leyonhjelm, who is on track to win a NSW Senate place, may have been trying to vote Liberal.

Victoria’s Ricky Muir is a big chance of representing the Motoring Enthusiasts Party while Wayne Dropulich from the Australian Sports Party, with a mandate based around children’s sport, could also win a seat.

”I think this is an issue, and I think it will have to be addressed,” Mr Abbott said.

Palmer himself is ahead in his race for the seat of Fairfax in the House of Representatives, and will likely join former National Bob Katter’s Katter’s Australia (seat of Kennedy) and Green Adam Bandt (Melbourne) among the minor parties in the House. 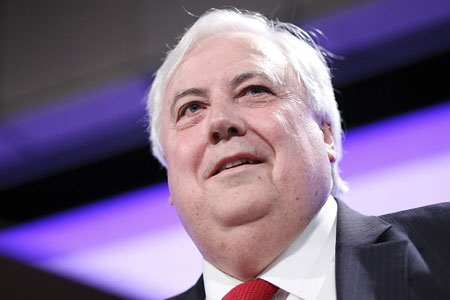 London is world’s most expensive city for a night out

My girl that I felt behind:(