Inspired architecture, a heavenly bit of peace and quiet and the chance to see ancient religious traditions still being practised today are just a few of the potential highlights, even for the staunchest of atheists.

As for the devoted or the not-really-sures, if you do manage to score some divine one-on-one time communing with the big guy in the sky, well that certainly would be a bonus.

India spoils you for choice with its many spiritual sites, from the Islamic Taj Mahal to the Hindu stone carvings of Mumbai’s Elephanta caves.

But the Lotus Temple in Delhi is definitely one to stick on your must-see list, as it’s one of the most actively inclusive holy places in the world.

A Bahá’í House of Worship, it welcomes people of any or no faith through its doors.

Prayers and scriptures from other religions are allowed to be recited inside too – this isn’t to say anyone will appreciate it if you start reeling off chunks of the Star Wars’ Jedi Code at top volume.

But if you’re discreet and respectful, pretty much anything goes, and the main hall has fixed times for prayer sessions of different faiths.

The temple doubles up as a learning centre, as there’s an information centre and library where you can read up on the monotheistic Bahá’í Faith, ask the volunteers questions or watch religion-based films throughout the day.

The man, woman, animal or Wookie upstairs aside, this is still a tremendous place to visit.

Inspired, obviously, by the lotus flower, its design features 27 free-standing marble petals arranged in clusters to form nine sides, which is a traditional feature of a Bahá’í temple.

Nine ponds surround the marble lotus, which makes it look like it’s floating on water, too.

The creative design has won the Lotus Temple countless architecture awards and other accolades for its dramatic illuminations at night – after dark, the curved petals are flooded with blue, gold and green light. 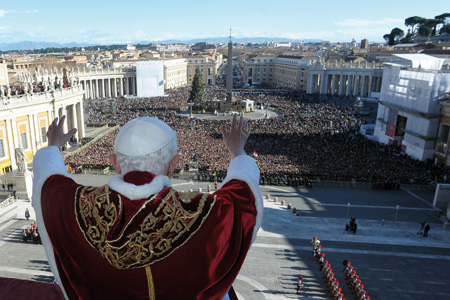 The Vatican’s website has a rather unsettling picture of His Holiness, surrounded by twinkling stars and reaching out as if to give you a sharp clip around the ear.

But don’t let that put you off a visit to Vatican City.

The Sistine Chapel’s ceilings are there to crane your neck at, as well as St Peter’s Basilica and the Apostolic Palace.

If you make it on a Sunday, you’ll probably get to catch a glimpse of the Pope, too. 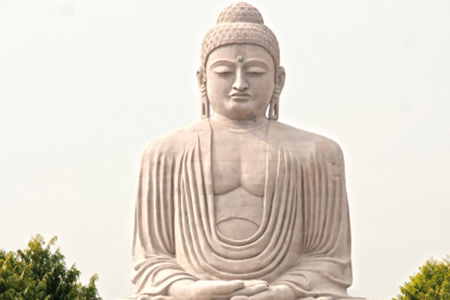 Bodh Gaya in Bihar, India, is supposed to be the site where the Buddha obtained Enlightenment and is considered the most important Buddhist pilgrimage siteof all for followers.

Not only will a visit here get you up close and personal with the giant 82m Great Buddha Statue, but you’ll be in excellent company – both the Dalai Lama and Richard Gere have both made pilgrimages here. 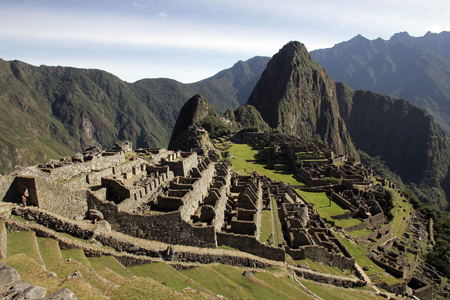 Nowadays the only people who really count the ancient Incan ruins of Machu Picchu as a pilgrimage site are, of course, wide-eyed travellers.

But one theory says the journey to Machu Picchu from Cusco could have been a ceremonial one for the Ancient Incans, who built the Inca Trail to Magli to prepare pilgrims for entry into Machu Picchu.

The final leg would have been a climb up the steps to the Intihuatana stone, the highest spot in the main ruins. 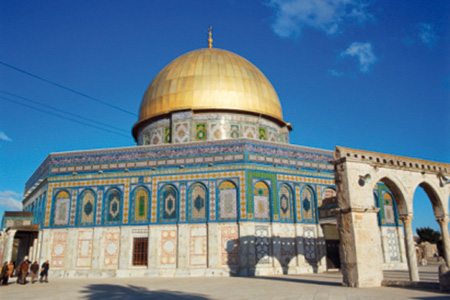 5. Dome of the Rock, Israel

There’s no missing the iconic gleam of the golden Dome Of The Rock, which sits at the heart of Jerusalem’s Old City, dominating the skyline.

A sacred site for varying reasons to many Jews, Muslims and Christians, it’s also one of the most vehemently disputed holy places in the world.

Not surprisingly, extremely strict rules apply to tourists wishing to visit the site, including restricted hours for different religions and a conservative dress code.

Win tickets to the ANZAC Gallipoli Legacy Ball in London