Long gone are the days when a dip in a hotel swimming pool was enough to get excited about – now if it’s not plunging down a nine-storey slide, whizzing through a shark-infested tank or at least floating along a network of lazy river rapids, well, we just can’t get ourselves interested.

You can always count on Dubai to go big where entertainment is concerned, so even you won’t be disappointed by Aquaventure Waterpark. Sprawling out over 42 acres, a splash and slide on the watery rides here is the perfect antidote to the scorching Gulf temperatures (they keep the water blissfully cooled, too).

Head to the imposing Ancient Mesopotamian-style pyramid (above) to shoot down the scariest ride of the lot, the Leap of Faith. The ride starts with a practically vertical drop of almost 30m. Survive that and you’ll find yourself skidding through a clear, acrylic tunnel and coming face-to-face with a tank of sharks. Not enough adrenaline for you yet? Try the Shark Attack!, a spinning tube ride through the darkened inner core of the pyramid, from which you emerge (slightly dizzy) into the same shark-infested lagoon. 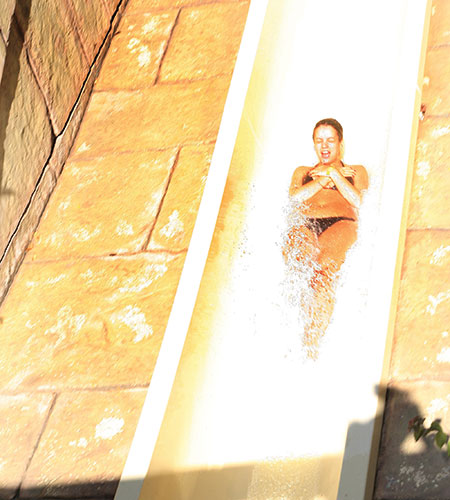 Too much? Head to the park’s private 700m beach instead for a relax or float along more than 2km of river rapids on an inflatable ring.

Aquaventure is also set to expand in August, with the park introducing a number of world firsts to its industry. Developments include the world’s largest diameter slide, the world’s first vertical family ride and the first double slide within a slide experience, where riders will be able to watch fellow sliders suspended above them.

With the completion of the 40m Tower of Poseidon ride, it won’t just be the rides reaching new heights either – the park is also building the Middle East’s longest zip wire, which will allow guests to fly above the water park. Entrance costs £43pp. 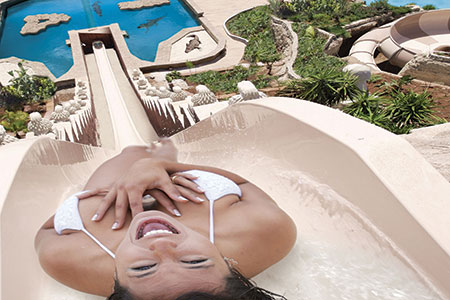 This Canary Islands park claims to be Europe’s most spectacular water attraction, and it’s definitely up there.

Home to The Tower of Power, an almost vertical 28m drop that propels you through a shark-filled tank, Siam Park’s unique Thai theme offers something a little extra. Surf the world’s largest man-made waves, which reach heights of up to 3m, or just go with the flow on the Mai Thai River. Tickets cost £28pp. 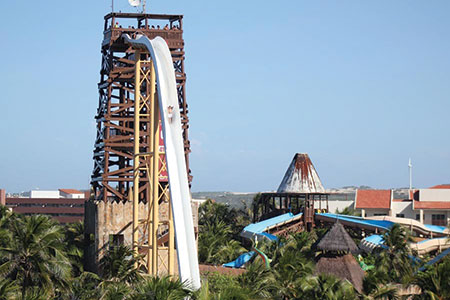 Now we could never leave out the place that can boast the world’s tallest water slide. At 41m – a 14-storey building – only the fearless tackle Insano.

Riders reach the northeast coast venue’s splash pool in a matter of seconds after plummeting down the slide at speeds of more than 100km per hour. If the thought of Insano makes your stomach churn, the water park is also home to a dozen other rides and two wave pools. Entrance costs £41pp. 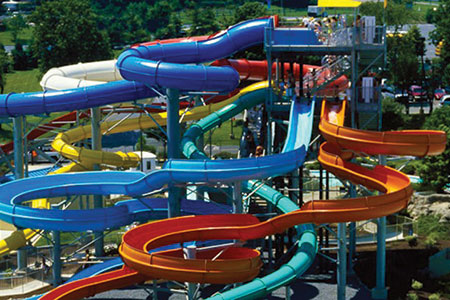 Plunge into darkness on The Night Rider while trying to manoeuvre twists, turns and drops at high speeds. Scared of the dark? Then head to the Devil’s Drop where, after shooting off the end of the slide, you’ll drop into an eight-foot deep plunge pool. Uniquely, the park also features a 25ft rock climbing wall that soaks you as you climb. Entrance costs £20pp. 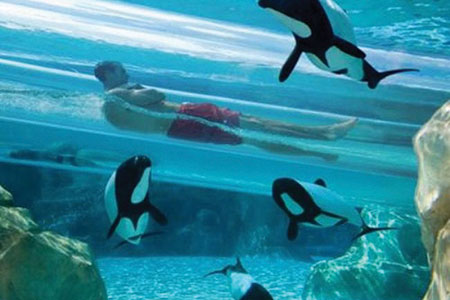 It’s all about the underwater world at Seaworld’s Aquatica water park in Orlando. The most popular ride here, Dolphin Plunge, has you whisked through an aquarium full of black-and-white Commerson’s dolphins.

And that’s not all – lay back and relax as the Loggerhead Lane lazy river transports you underneath a tunnel of tropical fish. Not thrilling enough? Then race against your mates on the eight-lane Taumata Racer to satisfy your need for speed. Entrance costs £35pp.

You have cat to be kitten me!