Sometimes, there’s simply nothing that makes you feel more alive than doing something incredibly stupid and oh-so-dangerous. You know, the sort of adrenalin rush insanities that you don’t tell your mum about until after you’ve survived, the type of sign-your-life-away activities you hope your insurance company never finds out about. 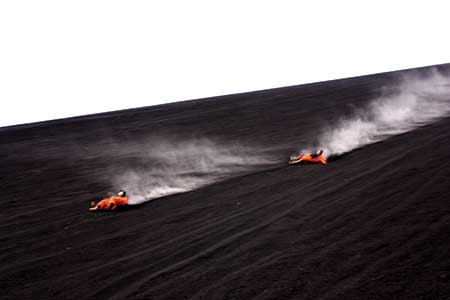 One of the newest, funniest and downright demented extreme sports to have a go at right now is volcano boarding in Central America’s Nicaragua. It’s based around the 2400ft slope of the Cerro Negro volcano, where unique weather conditions mean that one side has a relatively smooth, albeit very steep, slope.

The new sport was inspired by insane French cyclist Eric Barone, who used the live volcano to set two mountain bike world speed records in 2002. His fastest run saw him top 173kmph. It also saw him take a serious tumble, resulting in a three-month stay at a Nicaraguan hospital.

Fast forward a few years and along came Daryn Webb, the Aussie owner of a hostel called Bigfoot in nearby Leon. He tried boarding down the black stuff on everything from surfboards to fridge doors, before settling on a crude Formica and plywood sledge.

And now you can join daily trips run by Webb’s Bigfoot successors. For under £20 (which includes two mojitos), you’re handed your board, goggles and orange jumpsuit before starting the leg-burning climb to the top. Once there, peer down the 40-degree drop and take the plunge into a cloud of dust and garbled screams. Volcanic gravel flies at you, and those who lose control will have the bloody face and arms to show for it. Stay straight, however, and you could top 80kmph when passing the speed gun. 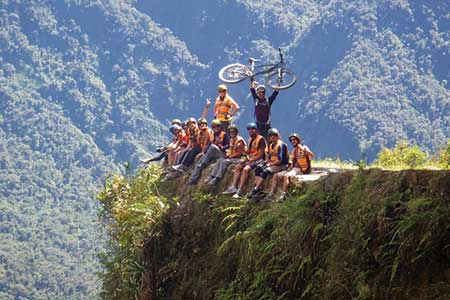 It’s been near the top of South America must-do lists for many a year, but when it comes to extreme adventures, mountain biking down the most dangerous road in the world simply doesn’t get boring.

Much of the cliff-side road is just 3.2m wide with sheer drops a pants-wetting 4000m. Safety barriers separating you from the abyss are non-existent – that’d be cheating, right? Costs from around £70pp. 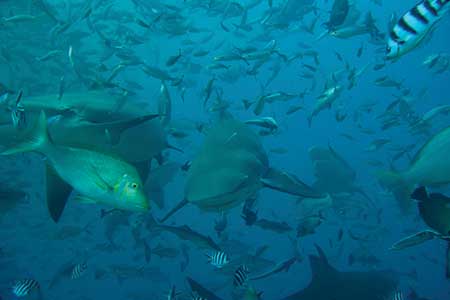 Fancy scuba diving with big man-eater sharks? How about when the sharks are getting fed and you don’t have a cage? Well that’s exactly what you can do at Beqa Lagoon, off Pacific Harbour, on Fiji’s Viti Levu Island. Started by South African Brandon Paige, the fish feeding dives involve taking cover behind a small ocean wall while the dive crew police the visitors. Large bull sharks are almost always part of the action, while a lone tiger shark often drops by. From £103pp. 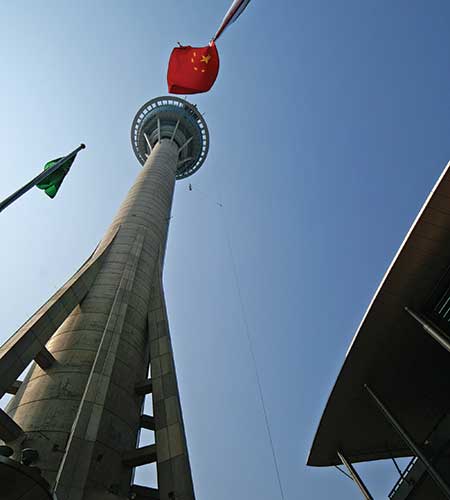 When it comes to pure, unadulterated terror, it’s still hard to beat a bungee. So why not try the biggest of the lot, all 764ft of it, in Macau.

Indeed, so massive is the record-breaking China-based jump that Kiwi bungee pioneer AJ Hackett and his buddies had to invent a special second generation bungee cord which was able to take the extra pressure, plus drop straighter, meaning you won’t swing into the concrete Macau Tower. That was nice of them. It costs £203pp. 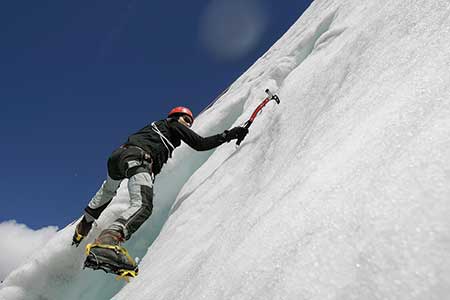 Rise above the skiing vs boarding debate by trumping both sides with an arm-wrenching, death-defying ice climbing experience in the frosty surrounds of Alaska’s Valdez.

A regular destination for top climbers since the Seventies, thanks to the massive, stunning blue ice to be found in Keystone Canyon, plus the region’s many frozen waterfalls, Valdez has developed into a major hotspot for the ice lovers of the world. Full-day guided climbs of the Worthington Glacier cost from £97pp.

TNT’s EXCLUSIVE guide to sex and stunts at the SFF

Travel diary: Indianapolis 500 – one of the world’s top auto races, May 26