Top Test cricket nations battle for supremacy this November / December: We see how the teams stack up

Formidable South Africa arrived in Oz at the weekend and go into the series strong favourites, with four of the world’s top seven batsmen and the two best fast bowlers.

Alastair Cook’s England face an India whose run of away Tests has seen them drop to fifth, but they’re a different story on their ‘personalised’ wickets – Steve Waugh called going there the “final frontier” for a reason.

If England roll India on the subcontinent, no one would begrudge them their premier status back. But they’ll need Aussie assistance – if the Saffas win, they stay top.

Michael Clarke’s got two of his best batsmen near retirement and exciting but injury-prone quicks.

Just about any combination that involves Australia beating South Africa means they’ll leap-frog England to supremacy.It’s all to play for – let’s see how they stack up. 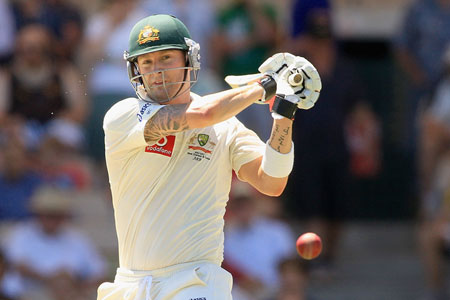 OZ/SA: Saffa chief and opener Graeme Smith is a “great leader with the bat,” says former England captain Michael Vaughan. Smith’s also the most capped skipper ever and is SA’s second-highest ever run scorer.

Clarke is the only captain to have scored a double and a triple century in the same series and is by far Australia’s most reliable with the bat, ranked number six in the world.

“What Michael has done as a captain and a player so far has been of a very high quality,” says Ricky Ponting, who stood aside for his protégé to take over.

ENG/IND: Cook’s first series as full-time captain will be in a country his team hasn’t won a series in for nearly 30 years.

He’s telling his newbies – Joe Root and Nick Compton, who are vying to replace retired captain Andrew Strauss – to “enjoy the moment”. He did in 2006, scoring 60 and 104 not out in his Test debut in India.

His opposite is ‘Captain Cool’, the world’s richest cricketer and his country’s ringleader in all forms of the game – keeper MS Dhoni is a force, and India’s most successful captain at home with 14 Test wins there. 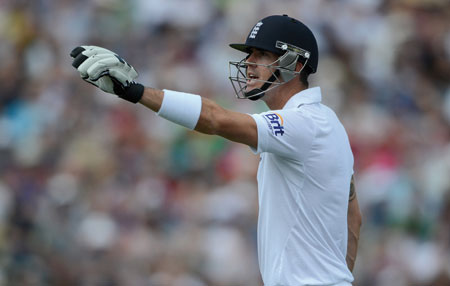 OZ/SA: A world team based on ICC rankings would have Amla (2), Jacques Kallis (4) and AB De Villiers (5) in it, and that’d leave out Smith, who’s number seven in the world.

“It will be very important for Australia to get wickets early,” Glenn McGrath says with the insight of a fast bowler. Australia’s stable is not imposing – Clarke and Ponting are the linchpins, David Warner and Shane Watson are the spark and Michael Hussey the safety net.

Matthew Wade is now settled as the first choice keeper. Opener Ed Cowan says if you do well against South Africa you’re “a high quality player”. He’s the only one with something to prove.

ENG/IND: Jonathan Trott could replace Strauss as an opener, but doesn’t want to: “Number three is my preference, but we’ll just have to wait and see.”

A rookie to partner Cook at opener, with Ian Bell in good nick and Kevin Pietersen – number 10 in the world and along with Clarke the best at playing spin – back after textgate, they have frailties amid strength.

India is struggling to replace legends Raul Dravid and VVS Laxman, and Virat Kohli’s the only youngster to show he’s a gun for the future. 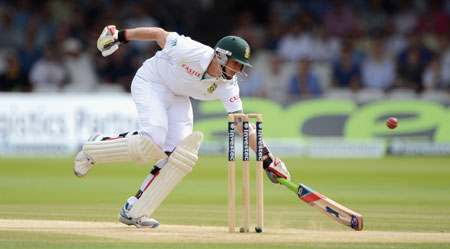 For SA, quick Dale Steyn is among the best ever, and Vernon Philander is second in the world behind him now. Morne Morkel and Kallis would make any team in the world.

“We are underdogs,” Pattinson says. “There is not as big an expectation on us to do well as there is on them.” Neither team has a strong spinner at their disposal.

ENG/IND: Anywhere else in the world England’s attack would be light years ahead of India’s, who rely heavily on Zaheer Kahn for new ball penetration. But this is India, where Dhoni places orders for spin-friendly pitches like it’s a take-out menu.

India says they want to prepare more “sporting” wickets, but it’s no accident that when they became world number one they had played a string of matches at home.

Expect to see a lot of Ravi Ashwin or Pragyan Ojha. England has one of the world’s best spinners in Graeme Swann, though. 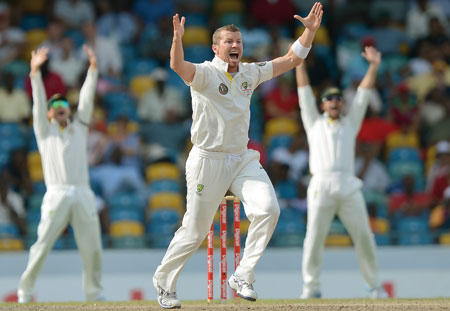 OZ/SA: The best all-rounder going and arguably the best ever, Kallis wants to win the 2015 World Cup – it’ll be a 40th birthday present.

Aussie veterans Ponting and Hussey, both 37, aren’t going anywhere, either. ‘Punter’ crushed 162 not out against present or former Test bowlers for Tasmania last week. Hussey’s still got the fire: “It took me 10 years to get me one (Test) game. I‘m sure I’ll know when the time is right.”

ENG/IND: The only man with more Test runs than Ponting is Tendulkar, 39. He isn’t what he once was, but India still need him.

Would a home win against England be a fitting farewell for a career that started in 1989 as a 16-year-old?

OZ/SA: Aussie coach Mickey Arthur led his native SA for five years: “I know what makes them tick,” he says.

ENG/IND: Bizarrely, both coaches are from Zimbabwe. India’s Duncan Fletcher has an edge on Andy Flower – he was at the helm of England when they won their first Ashes series victory in 18 years in 2005. Pietersen’s the only player left, though. 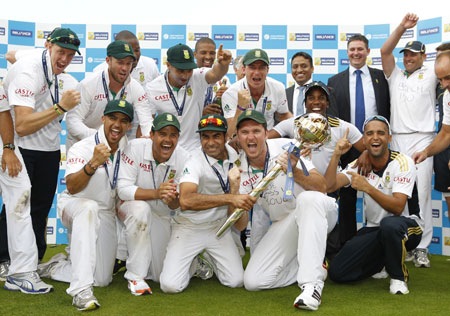 Christmas no.1: The race for the mace

There’s no denying South Africa’s supremacy after they dismantled England at Lord’s and The Oval, but a slip up in Oz will see them fall from grace straight away.

Despite sitting third in the ICC’s list, the Aussies are in the box seat – any result of 2-1 or better against SA and England have to flog India 4-0 (four results on batting-friendly wickets will be a surprise and the bookies are giving the Poms no chance at 7/2 for a series win). If England achieve the impossible, the Saffas drop to third.