To climb Uluru or not to climb?

To the Anangu people, it’s a sacred rock which shouldn’t be climbed. To others, Uluru is a giant red landmark calling out for exploration.

But figures this week show a decline in the number of people scaling the structure – fuelling the debate about whether it’s time for a total ban.

While visitors aren’t prohibited from climbing the 348m-high rock, they are asked not to out of respect for the Aborigines – who jointly run the Uluru-Kata Tjuta National Park with the government.

Findings released last week from a survey carried out in June show the number of tourists climbing Uluru has dropped to 20 per cent from 38 per cent in 2010 – a dramatic fall from the 74 per cent who admitted to scaling it in 1990.

Uluru’s traditional owners ask visitors not to climb for cultural, environmental and safety reasons – 36 people have died attempting the feat since 1958. 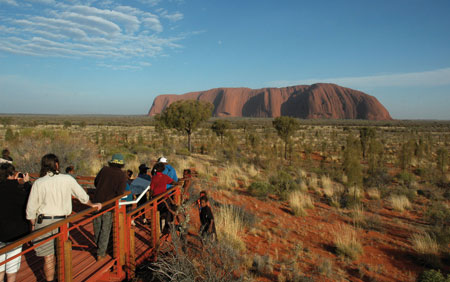 Anangu elder Barbara Tijkadu explained: “That’s a really sacred thing that you are climbing. You shouldn’t climb. It’s not the real thing about this place.

Margot Marshall, from Parks Australia, said they would consider a ban once they have more robust numbers, adding there would be a consultation with the tourism industry, which would be given at least 18 months’ notice.

Here, we get the views of an Aussie journalist who’s scaled Uluru, and a tour operator, who says it shouldn’t be climbed. 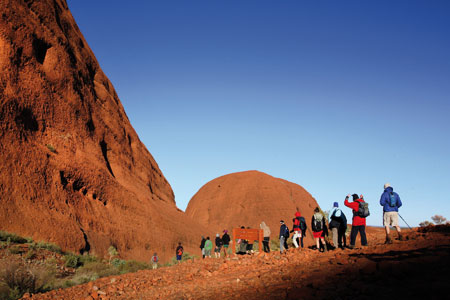 Dominic Hughes: I’ve no regrets about climbing it

I had the “to climb or not to climb” debate with my mate when we arrived at Uluru back in 1998. We had visited the cultural centre and heard all the Dreamtime stories about the rock and why it was sacred to the Aboriginal people.

My mate, an atheist, suddenly came over uncharacteristically spiritual, and suggested perhaps we shouldn’t climb it. It is a pattern I have come to see over and over again.

Perfectly rational people who have no time for traditional religious beliefs – of any kind – can become oddly respectful when it comes to the tribal beliefs of an ancient culture or other.

Here was a bloke who would be happy to relieve himself on the steps of any church, suggesting we should not climb a monolithic lump of rock because of a story that had about as much basis in reality as that of the tooth fairy.

I mean, lovely story and all – but I’m not really buying it any more than I am Noah and his ark. 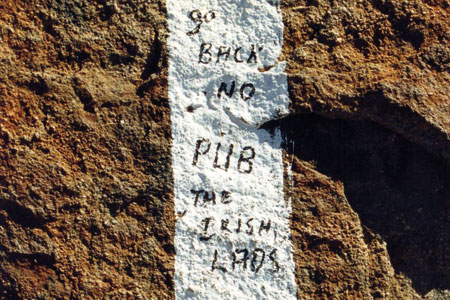 I have no problem with people who say “this is sacred to me, so I choose not to do this”.

I do have a problem with people who say “this is sacred to me, so you can’t do this”. That, my friends, is a very slippery slope.

Right now, you’re probably doing things that don’t comply with other’s beliefs; eating meat, working on the Sabbath, driving a car, having sex out of wedlock, drinking alcohol… the list is long.

I like that I live in a country where I’m free to choose to believe in whichever of these things I want, and free to ignore them all, too.

I don’t see how Uluru and the mythology that surrounds it are any different. Trying to abide by the beliefs of everybody is a recipe for a dull life.

My mate agreed, and up we went. Climb it, or don’t climb it. It’s your choice, and I like having choices. I’ve no regrets about this one. 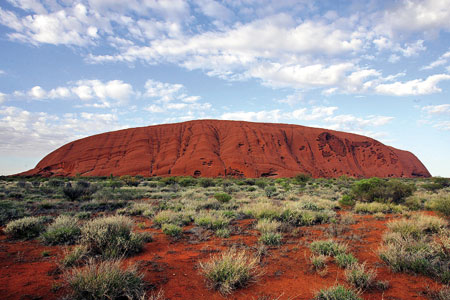 The type of people who climb Uluru are the sort who fly directly into Uluru airport, they stay at five-star resorts at the base of the rock and all they want to do is scale the rock.

As a tour operator (The Rock Tour, therocktour.com.au ), we have a different stance. We have a responsibility to respect the traditional owners of Uluru, the Anangu people.

Not only does that include telling Dreamtime stories, but also going that step further and explaining that they ask that you don’t climb their rock.

Therefore, we don’t promote the climb on our brochures or website. We actually promote the non-climb of Uluru which is respecting the traditional owner’s requests and that is how we’ve always done business.

Our guides spend the first two days of our tour explaining to people why it’s culturally insensitive to climb the rock.

That’s why we take guests to Kings Canyon and The Olgas, and then visit the Aboriginal cultural centre before going to the base of the climb.

We do the Mala walk, which goes from the base of the climb to Kantju Gorge.

It tells the Mala tale – the Dreamtime story that explains why Uluru is a sacred site to the Aboriginal people. Along here there are signs everywhere saying not to climb.

Those are the cultural reasons, and the other reason is that the climb is closed about 60 per cent of the time due to rain, heat, wind, or because someone has fallen off and killed themselves.

That’s our angle on it, and should a ban on climbing Uluru be enforced, it won’t make a difference to us – but it will have an impact on the higher-end market.

We’ve had a stance on the climb since day one. The owners of our company have never climbed Uluru, neither have our tour guides and we hope that our passengers will respectfully not climb the rock. 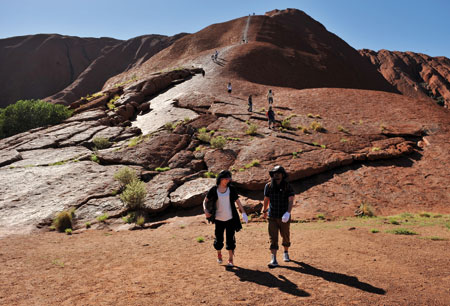 Have your say: should climb be banned?

We opened up this question to our Facebook fans – here’s the response. Head to P16 for more.

Alessandra Castiglia: Uluru is a sacred spot for the Aboriginal people, so why don’t we just respect it and take a walk around it instead?

Kieran Stone: It’s a rock, a mountain, it isn’t different from any other. I was disgusted when I saw signs asking people not to climb it. It is a natural thing that will be there long after humans. If native Australians built it themselves, then I’d be all for the ban.

Maria Mysterio: Maybe I should go and find some ancient, cool-looking giant rock, claim it as sacred and then ban the world from enjoying my rock.

What do you think? letters@tntmagazine.com

Copying music to iPods to be legalised