These crammed, modern cities, choked with traffic and neon, don’t quite live up to poetic imaginings of mist-shrouded pagodas and weeping-willow-lined lakes.

But while there are pockets of classical China spread across this monster country’s 9,600,000sq km, one province more than most provides an escape from the hallmarks of the People’s Republic’s booming, first-world economy. Yunnan, in the south-west, is home to more than half of China’s ethnic minorities; the landscape itself seems to be a rebellion against uniformity.

Bordering Tibet to its north-west and Myanmar, Laos and Vietnam to its south, Yunnan’s terrain veers erratically between thick jungle, rolling green mountains and snow-blanketed peaks. Here, you’ll meet tribes living their lives according to thousands-of-years-old traditions, and take on the land’s untamed natural environment for some thoroughly un-urban adventures. Make no mistake: this is China’s must-not-miss province. Here’s a guide to the best bits. 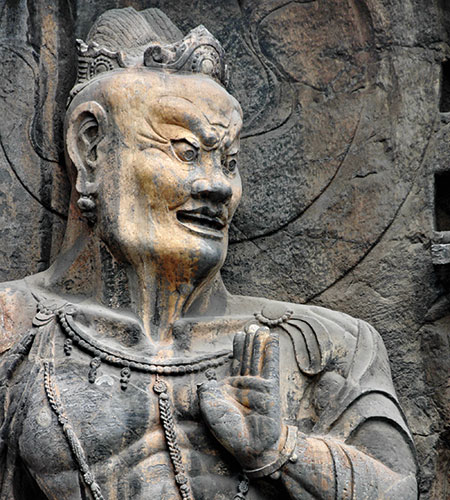 Bundled into the dawn darkness after an overnight bus from the provincial capital of Kunming, I find my way to Mama Naxi’s guesthouse by pure luck. Mama Naxi is a legend among backpackers – the Naxi, a tribe from Tibet that settled here, are a matriarchal society, and this ‘Mama’ is said to be the archetypal strong but nurturing head of the family, taking in weary travellers and feeding them up. Lijiang’s old town is a labyrinth of twisting cobbled streets, a step back of centuries attended by trickling canals and the clawing aroma of deep-fried yak meat. It’s hard enough to navigate in daylight, so it really is chance that guides me to Mama Naxi, who I find gathering water from the canal.

True to her renown, she recognises the sleepless night in my eyes, and puts me to bed without demanding I first register or so much as hand over a passport. Because Lijiang is what every traveller covets – the chance to wander ancient China – it is absolutely rammed with tourists.

The Old Market Square is permanently packed, and – heartbreakingly – turns into Tenerife come nightfall, with bangin’ beats and costly cocktails. But stick to the quieter backstreets and you won’t be struggling for charm. Naxi women in traditional dress – loose gowns of burgundies and blues – are everywhere, and local delicacies such as the local pancake (a thick, fried creation) and coffee with creamy yak milk don’t disappoint. Try to find Stone The Crows, a bohemian rooftop bar with killer views over the old town and some very special cookies.

How to do it: Catch a sleeper bus from Kunming’s west bus station to Lijiang. You’ll get dropped off in the new town, as cars aren’t permitted in the old town, but you can walk to it. Find Mama Naxi at 70 Wangjia Zhuang Lane, Wuyi Jie (Tel. 510 7713). Be warned – she’s not everyone’s cup of tea, and can switch from motherly to belligerent in an instant. Either way, you’ll always leave with a banana. 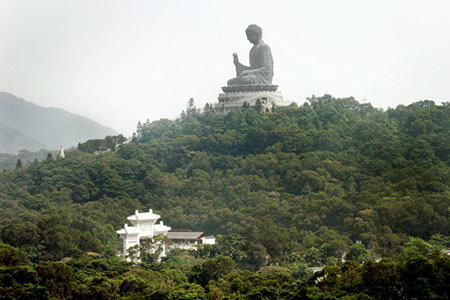 When the donkey headbutts me in the arse, I almost lose it. I thought I’d shaken off my pursuer at lunch, but he is relentless. I guess I can appreciate why the old guy with his decrepit beast keeps insisting I pay him for a ride; I’m just a few steps into the ’28 bends’ – the toughest part of the Tiger Leaping Gorge trek – and I’m not a pretty sight. The same can’t be said for the views, at least, which might be why I resist the urge to throw a rock at him and instead plough onwards and upwards. Immersing yourself in a setting of stunning 3,900m-high green-mottled mountains is good for the soul, I conclude.

This two-day trek through one of the world’s deepest gorges is made all the more refreshing because you don’t need to take a guided tour. Arrows painted on rocks and fences help me find my way, and the various guesthouses along the route do a cheap and reliable line in food and shelter.

Taking the trail at my own pace lets me fully absorb my surroundings – the Jinsha River roars between the Haba Shan mountains to the west and the Yulong Xueshan mountains to the east, and I have an uninterrupted view of it all from the high rocky path that traverses it.

The ’28 bends’ arrive mid-way through day one, so I make sure to rest and refuel at lunch. Climbing a steep uphill path strewn with scree for 90 minutes is tough enough, but this part of the trail is so-called because it winds in a succession of tight bends that punish the knees even more. The jaw-to-the-floor panorama at the top – the highest point of the gorge – makes it all worthwhile, of course. Day two is moderately gentler.

The upwards slog is almost over and I merely have to concentrate on not plunging to an agonising death. The path is slight and tricky, with rocks jutting from all angles to trip me up, and a sheer drop into the gorge at my side. This is why you shouldn’t try the trek in July and August – rain could make this path lethal. Even in September, at one point I have to walk through a waterfall as it cascades over the path.

The trek ends at Tina’s Guesthouse, a dingy concrete block that marks where the high hikers’ trail meets the low road, the latter being a construction-congested highway littered with the remains of snakes left two-dimensional by trucks’ tyres. For the equivalent of $1.50, you can pay a friendly, toothless old woman to access a steep path down to Tiger Leaping Stone, from which the mythical tiger jumped over the river, giving the gorge its name. Just ask at Tina’s to be pointed in the right direction.

How to do it: Guesthouses in Lijiang will arrange a minibus to the village of Qiaotou, from where you join the trail. A minibus from Tina’s or any guesthouse on the low road will take you back to Qiaotou for about $4.50, and from here you can flag down a bus back to Lijiang or onwards to Shangri-La. There is technically a $7 admission fee for the trek, but I wasn’t asked to pay it.

Thrifty tenants invited to ‘take control’ of their energy bills