A pupil of St Lambertus School in Heverlee, Belgium, Sebastian Bowles, aged 11, was from the UK. Parents Edward, who is a British citizen and Ann, who is Belgian, were in Switzerland on Thursday night to identify his body.

The family had moved from Crouch End, north London to Belgium 2 years ago to be closer to family.

A spokesman from St Lambertus school requested that the press left the parents to grieve in private.

The road accident took place when a coach full of school children headed home to Belgium after a skiing trip in the Swiss Alps – the vehicle collided at high speed with a wall in a motorway tunnel. 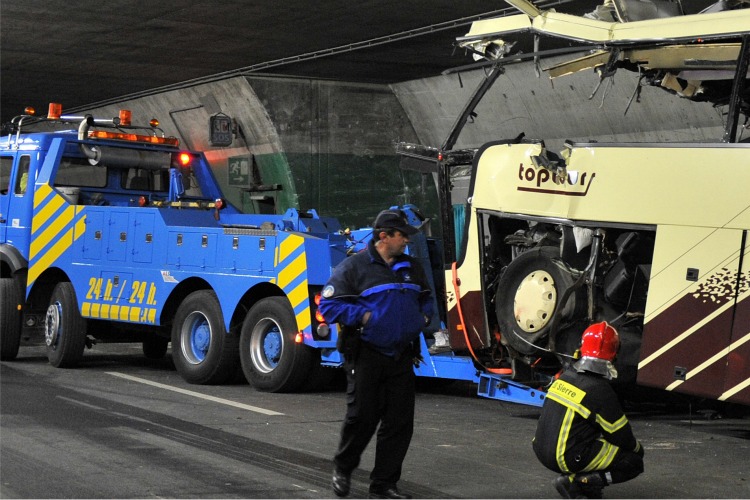 A national day of mourning takes place in Belgium today with a minutes silence taking place at 10am, British time (GMT).

Main image: Flowers left as a tribute to the victims in the Tunnel de Geronde near Sierre in Switzerland (Getty)

5 Reasons Why Banks Are Freaking Out About Cryptocurrency