The UFO desk at the MOD served “no defence purpose”, according to the Ministry and was closed in December 2009.

The decision to close the service was apparently because it was “consuming increasing resource, but produces no valuable defence output,” said Carl Mantell of the RAF Air Command at the time of the proposed closure. The desk was closed at the height of it’s popularity with public reports and requests for information at an all-time high.

“No UFO sighting reported…has ever revealed anything to suggest an extra-terrestrial presence or military threat to the UK,” said Mantell, according to the records.

4,400 pages from the national archives have been released to the public online, which you can scan through here. 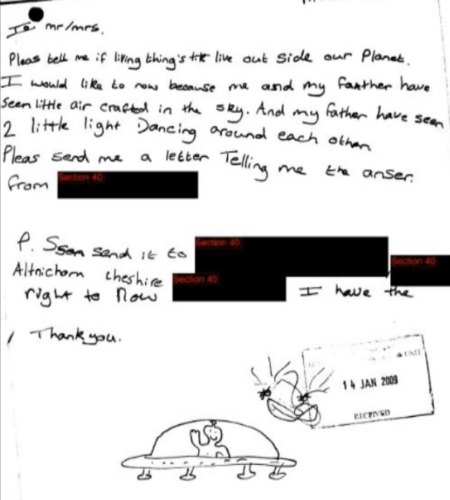 A child’s letter to the MOD, complete with a nicely illustrated waving alien

The archives feature reports from members of the public ranging from a man in Wales who said a UFO had kidnapped his dog and taken his car and tent, “Green, red and white lights” seen over the Houses of Parliament in London – and someone who reported that they had been living with an alien in their home for ‘some time’. 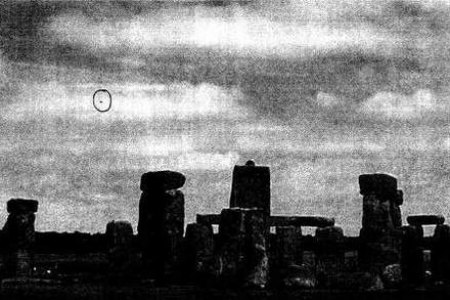 Does this photo show visitors from beyond the stars take a trip to see Stonehenge?

Of course, many will speculate that the MOD have kept all the really important alien stuff secret still…

Video: Dr David Clarke talks about the highlights from the final release of files from the Ministry of Defence.

Together, the Ibiza homecoming party