Festival destinations have more to offer than the event itself. So if you’re fed up with the grotty loos and all-night benders, escape the campsite and discover what lies nearby.

When: July 14-17
Where: Henham Park, Southwold, Suffolk
Line-up: Suede, Chapel Club, The National
Escape the festival: Southwold’s quintessentially British seaside is a whirl of colourful beach huts, sandy beaches and fish ‘n’ chips that will make you feel all cosy inside. Don’t miss Tilly’s on the High Street, where you’ll be brought a feast of scones, cucumber sandwiches and cakes by staff togged up as 1920s maids. Scrub yourself clean and sober up with a bracing swim in the North Sea. 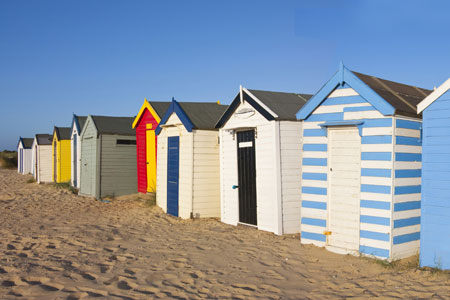 Recover from Latitude on the Suffolk coast.

When: August 19-21
Where: Glanusk Pakr, Brecon Beacons, Wales
Line-up: Fleet Foxes, Explosions, In The Sky, The Low Anthem
Escape the festival: The Brecon Beacons is studded with Postman Pat-style villages with cosy pubs and tearooms. Picture-pretty Llandovery has an old marketplace and the remains of a Norman castle, while Llandeilo offers a feast of art galleries and shiny boutiques that are worth ditching the wellies for. Don’t miss gourmet ice-cream parlour Heavenly heavenlychoc.co.uk) which serves up custom-made flavours, such as Mississippi mud pie or marmalade. If you’ve still got any energy left after the festival, climb South Wales’ highest mountain Pen y Fan and the nearby amusingly named Fan y Big – yes, that really is its name. 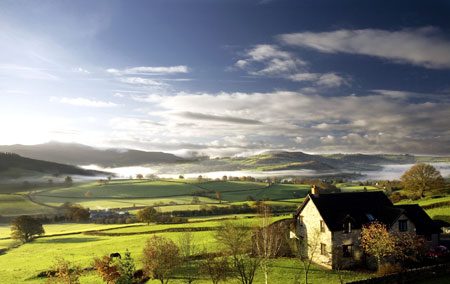 Check out the stunning Brecon Beacons.

When: September 8-11
Where: Robin Hill Country Park, Isle of Wight
Line-up: The Cure, Pendulum, Primal Scream
Escape the festival: Explore the unspoilt scenery and attractive coastline of the Isle of Wight by renting a camper van. Go on a lobster safari which involves catching and cooking the creatures (oceanbluequay.co.uk). Indulge your inner child by giving tree climbing a whirl with Goodleaf Tree Climbing, set up by New Zealander Paul McCathie. You’ll be safely harnessed in, giving you the freedom to hang out in the canopy before abseiling to the ground. See goodleaf.co.uk. 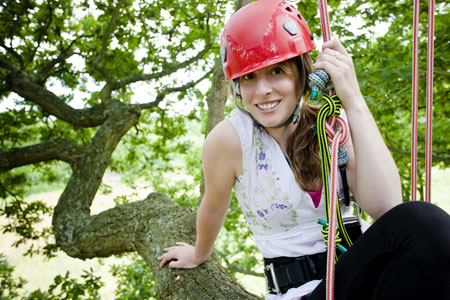 Tree-climbing on the Isle of Wight. Perfect apres-Bestival.

When: July 28-31
Where: Lulworth Castle, Dorset
Line-up: Blondie, Eliza Doolittle, Laura Marling
Escape the festival: Lulworth is famous for its cove, a horseshoe-shaped harbour and pebble beach, formed 10,000 years ago by the sea eroding the soft rock. From there, stroll to Durdle Door, a giant natural rock arch in the sea that is one of the Jurassic Coast’s most snapped landmarks. Dorset is also home to Bournemouth beach, a pretty stretch of sand where you can swim and surf at Boscombe’s artificial surf reef, the first of its kind in Europe.

Chill in Lulworth Cove after the camp Bestival party.

When: June 22-26
Where: Worthy Farm, Pilton, Somerset
Line-up: U2, Coldplay, Beyonce
Escape the festival: A haven for pagan worshippers and Christian folk, Glastonbury has invited myth for centuries. Jesus Christ allegedly once stayed there and its crumbling Abbey is thought to be the final resting place of King Arthur and his wife Guinevere. The 500-foot-high stack Glastonbury Tor is linked to the Isle of Avalon where King Arthur was thought to have brought his mortally wounded soldiers during the Battle of Camlan in the mid-sixth century. The mound has also been touted as a meeting place for UFOs. Whatever you chose to believe, it’s worth trekking to the summit of the Tor and then visiting Glastonbury’s Abbey ruins. 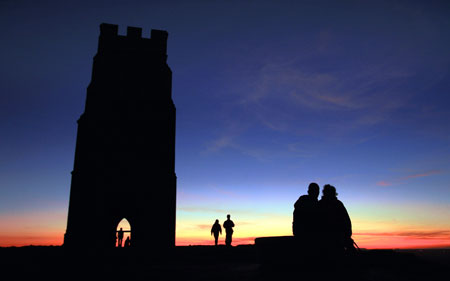 When: June 11-12
Where: Platt Fields Park, Manchester
Line-up: Kelis, DJ Shadow, Mark Ronson
Escape the festival: Energetic and edgy, Manchester is arguably England’s coolest northern town. Its vibrant mix of students, young professionals, artists and fascinating industrial history mean there’s a real buzz to the place. And it just seems to be getting better – with thousands more media types preparing to call the place home later this year as the BBC relocates to its purpose-built super-headquarters in Salford. For festival-going music lovers, note that the Madchester days of the Eighties and Nineties are long gone. The good news is you’re still guaranteed a cracking night out at any one of this city’s excellent club nights. Or if a civilised meal is more your ticket after too much festival madness, then head to the Northern Quarter for an organic feast. 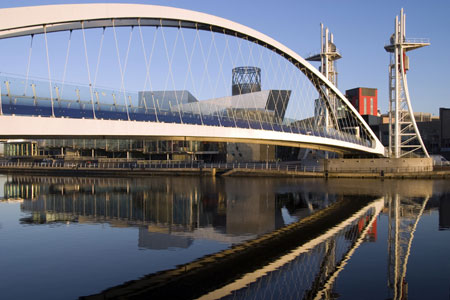