Each night, for the best part of a month, the dank arches beneath Waterloo station have been transformed into a scene from revolutionary Algeria, where a guerrilla war is being waged against fierce colonisation.

Brusque French guards create an oppressive atmosphere, demanding ID cards at checkpoints as men and their white-burqa-wearing partners shuffle cautiously through the labyrinth of tunnels. The ‘extras’ in this vivid scene are a throng of nervous Londoners who have paid £35 for a “secret cinema” experience. They were told to sport white scarves or sunglasses and simply turn up.

“We were completely transported into 1960s Algeria,” says one overwhelmed punter. “It was amazing. We were herded into tents and people were barking orders at us in French. Some looked like police and others terrorists. They searched our bags and were rather rude about it, too. One man called mine a sack.

“One of the guards stamped my ID card, but he made a mistake, then a policeman leapt from out of nowhere really angrily. My boyfriend then jumped in among all the shouting. He totally stepped into the role – it was hilarious.” 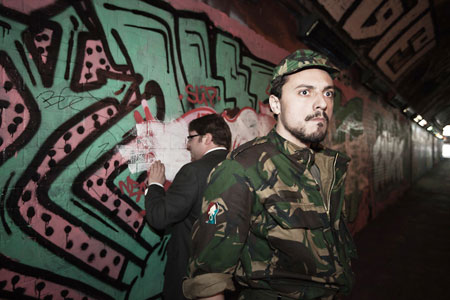 After the excitement, participants watch a screening of The Battle Of Algiers, the film they have just unknowingly re-enacted.

Secret Cinema (secretcinema.org; themes and locations change regularly) is one of a crop of  clandestine movements swirling beneath London’s over-marketed social scene. They are available only to those who sign up to receive news of their events or follow their online presence. Locations are announced only at the last minute, or upon booking.

TNT has peeled back a layer to shine a (soft) light on these secret soirees, but remember, as long as they stay underground, they stay cool, so keep it on the down-low.

The cool cats behind this “mental bingo party” have no concern for those with nervous dispositions.

“If you don’t like loud music and shouting don’t come. It’s a bit like going to see a band, but we play hardcore Rebel Bingo instead. It’s loud. Very loud.  It’s an attack on the senses,” co-founder Freddie Fortune says.

“And it gets very emotional. It’s not about gambling. It’s about mega-fun times. There is a bar. That’s how everyone gets so drunk.”

» The next London meet is on May 26, 9pm-1am
Somewhere in Shoreditch
Tickets £4, from rebelbingo.com 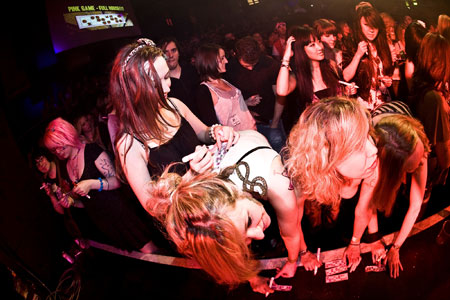 Gape at everything from astonishing and absurd to hilarious circus acts in a Victorian warehouse in Hackney Wick. Once a month, The Hive crew bundle together some of London’s most talented performers, impressing audiences with more outrageous skills than you can shake a stick at – and all for pocket change. 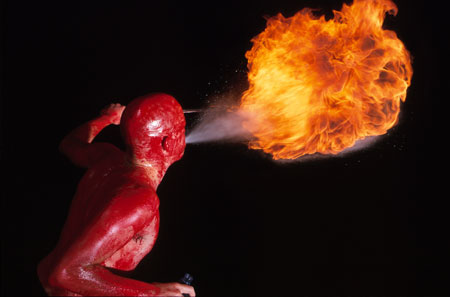 The hottest thing since Vera Lyn, this party is all about spirited wartime revelry within the confines of an underground bunker. Expect big bands, 1940s cabaret acts, swing dancers, fantastic food and colourful cocktails. Think wartime glamour, victory rolls and polished shoes. WWII was never supposed to be this much fun. 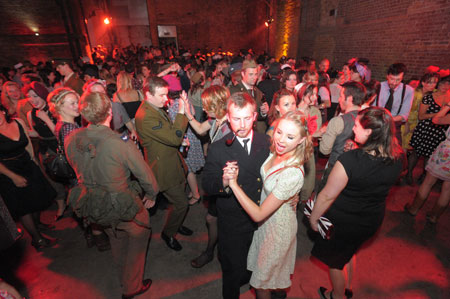 This group is devoted to “exploring and furthering the esoteric, literary and artistic aspects of life in London” and its masked balls are a mind-boggling cornucopia of all things beautiful and grotesque – clothing is optional but good times are guaranteed. Leave your inhibitions at the door. 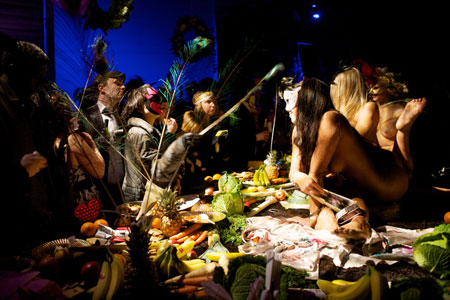 Food blogger Kerstin Rodgers, who assumes the pseudonym MsMarmiteLover, has reinvented what it means to live in a house. She hosts dinners and afternoon teas at her Kilburn abode, and often gets a hand from foody experts, such as chocolatier Paul A Young. Rodgers has now expanded into underground night markets and running courses on how to start your own supper club.

» Various dates, events and prices.
marmitelover.blogspot.com
Rodgers also has a book out, Supper Club: Recipes And Notes From The Underground Restaurant 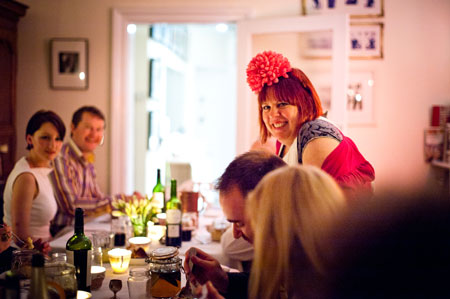 Lose yourself for hours in the British Film Institute’s cache of films, documentaries and television shows from the national archive. It’s all absolutely free – just sit yourself in a booth, don some headphones and choose from titles covering the period from the dawn of British film-making, at the very end of the 19th century, right through to the present day.