Shockingly, the pair were arrested for ‘obstructing traffic’ and spent “eight hours handcuffed to a metal chair in a remote police warehouse on Long Island” according to the Green Party’s website.

“We are here to bring the courage of those excluded from our politics to this mock debate, this mockery of democracy.” said Stein, who had attempted to enter Hofstra university in New York with her supporters to join in the debate, which they believed was their democratic right. 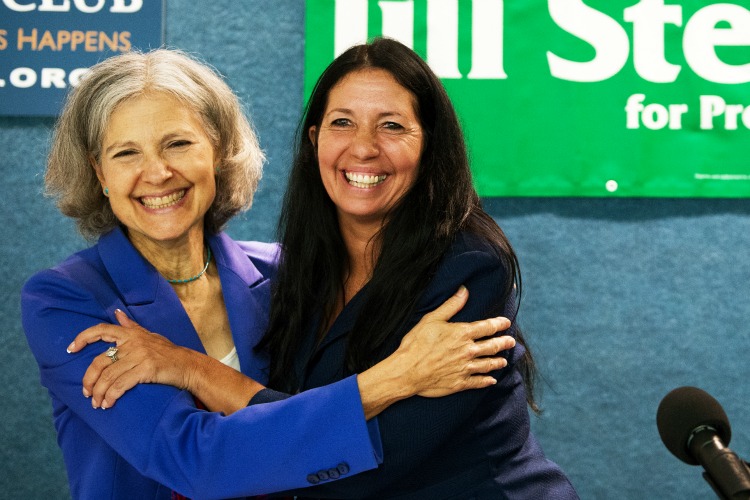 They were pushed back by police and later arrested after a sit down protest under what their lawyers have described as a false charge of blocking traffic when there was no traffic in the area to block. 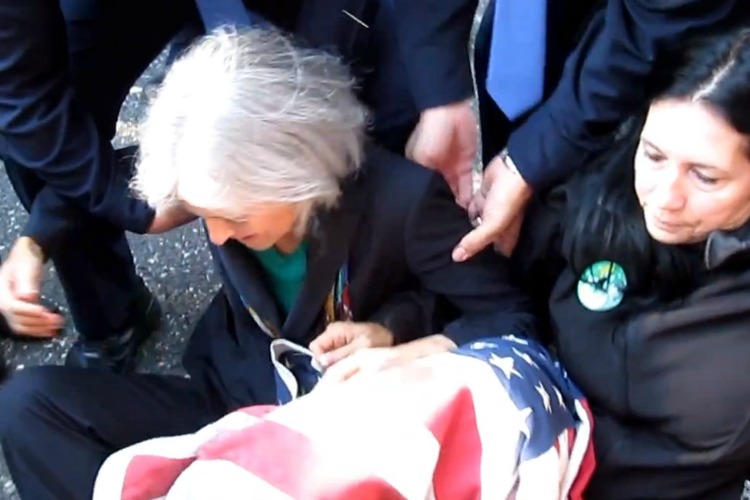 Stein and Honkala were taken away by police and arrested

Following Stein and Honkala’s release, Stein released a statement that said “It was painful but symbolic to be handcuffed for all those hours, because that what the Commission on Presidential Debates has essentially done to American democracy.”

The Green Party will be included on 85% of ballots across the USA for the upcoming election.