Vancouver riots after Canucks thrashed by Bruins in Stanley Cup

Riots have broken out in Vancouver, Canada, after the Vancouver Canucks’ 4-0 loss to Boston in the final of ice hockey’s Stanley Cup.

After the game, Vancouver Canucks fans went on a furious trashing spree throughout the city, setting cars and shops alight, smashing windows and pelting giant TV screens with bottles. 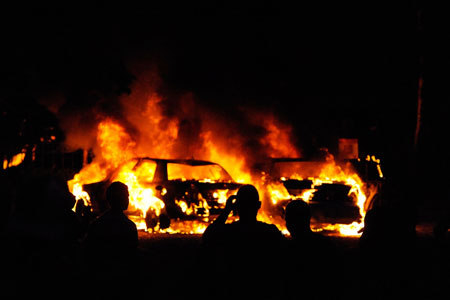 Smoke hung over the city as gangs of fans roamed around causing havoc in riots reminiscent of those that broke out in Vancouver after the Canucks lost the Stanley Cup in 1994.

Record crowds of supporters gathered in the city centre to watch the game on Wednesday, but things turned bitter when their team failed to win the Stanley Cup and be crowned winners of the National Hockey League (NHL). 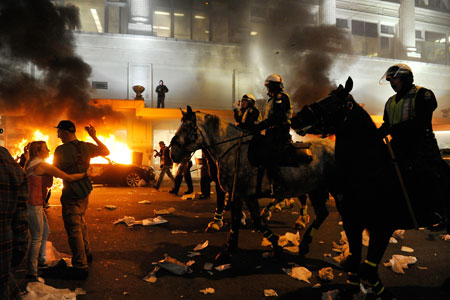 When the ice hockey game ended in victory for the Boston Bruins Vancouver fans began throwing bottles at the outdoor TV screens.

As riots broke out, some fans were seen trying to calm down those causing trouble, but to no avail.

Riot police were pelted with bottles and firecrackers. 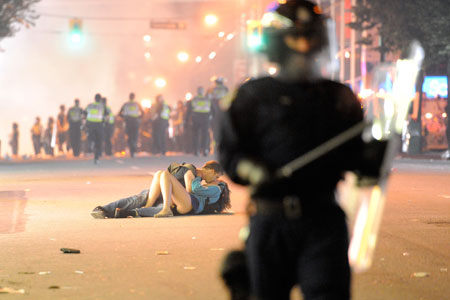 “This city and province has a lot to be proud of, the team we have and the guys we have in here. It’s too bad.” 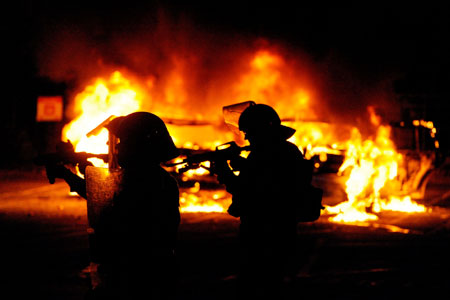 “The vast majority of people who were downtown were there to enjoy the game in a peaceful and respectful manner,” he said.

“It is unfortunate that a small number of people intent on criminal activity have turned pockets of the downtown into areas involving destruction of property and confrontations with police.”