Video: Fisherman has close encounter with shark, does less swearing than might be expected

The close encounter video, viewed nearly half a million times on YouTube, shows the tuna fisherman in a kayak who gets a shock when ‘Chompy’ the shark breaches the surface appearing to chase the fish on his line.

The video was filmed off the coast of Oahu island in Hawaii and the shark in question is thought to have been a potentially dangerous tiger shark. 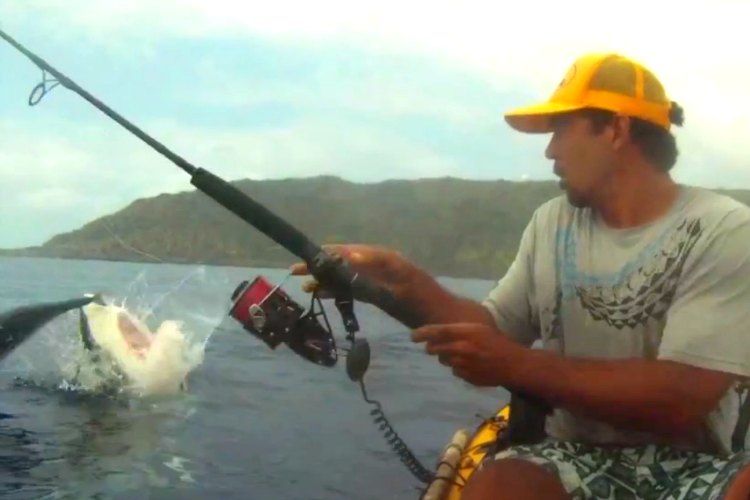 All credit though to the fisherman, Isaac Brumaghim, who stayed out on water following his scary close shave with the shark and reportedly went on to catch two more fish before calling it a day…

Watch the video below (contains a rude word)