The video shows the glasses able to record the line of the wearer’s sight while doing activities such as skydiving, playing with the kids or bringing out a birthday cake, and then the capability of sharing it immediately with voice activations.

A lucky few “creative individuals” and developers are trialling the product, which was first shown to the public last year at a Google demonstration event.

The clip also shows people using the device as a GPS, translator and for directions through an airport. 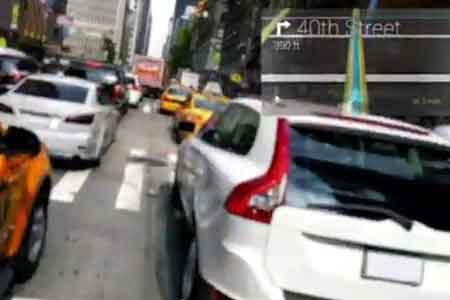 Google is ramping up its drip marketing campaign by asking the public to post how they’d use Glass with the hashtag #ifihadaglass.

“We’re looking for bold, creative individuals who want to join us and be a part of shaping the future of Glass,” Google said.

Oxford – A view from above

NZ by those who know it best: Air New Zealand cabin crew