In the animal kingdom there are many predators ready and waiting to attack their prey. Lions pounce and tear at a young gazelle with their teeth and claws, eagles sweep down to catch a scurrying rodent in their talons… and now apparently kangaroos use their crazy arms to attempt to drown dogs in murky waters. 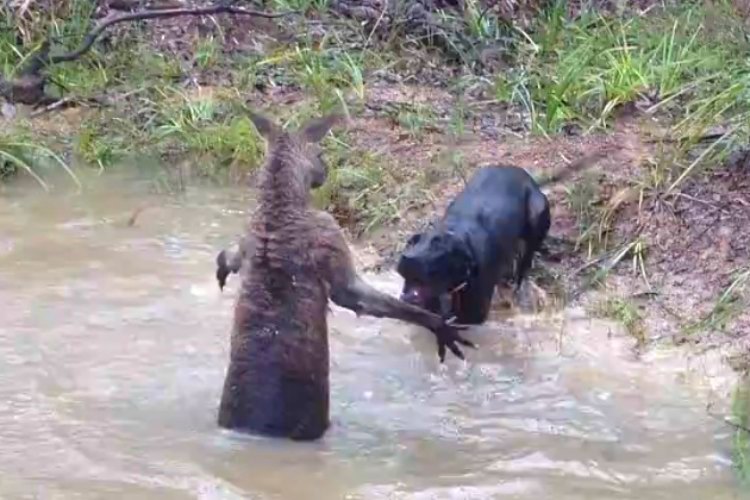 This video, which has now gone viral, was taken by Aussie Anthony Gill, who was out walking his dog when his pet chased a mob of kangaroos into the woods. Gill then found his pet circling one roo who was waist deep in water, standing on his hind legs and appearing to transform into a Scouser ready for a fight (see video below for what this scene reminds us of).

The pair have intermittent scraps, before the dog looks set to lose as he is held under water by the rebel roo. Gill said of the event, “This was the first time my dog had ever chased any game and he is normally a house dog who I chill out with watching TV.” We think he may have learnt not to mess with a kangaroo… he just might know karate.

The ten best pubs in the Cotswolds