It is reportedly the highest wave ever caught by a surfer. McNamara was surfing in the same spot he rode the current world-record wave of 78ft (24m) in November 2011. If experts verify the claims, McNamara will have beaten his old record by more than 20ft.

> Scroll down for the video <

The wave developed above an underwater canyon known as the world’s largest wave generator. To ride the wave, he risked being trapped under dozens of feet of water and slamming into the ocean floor. McNamara said he is relieved to have avoided the rocky coastline. 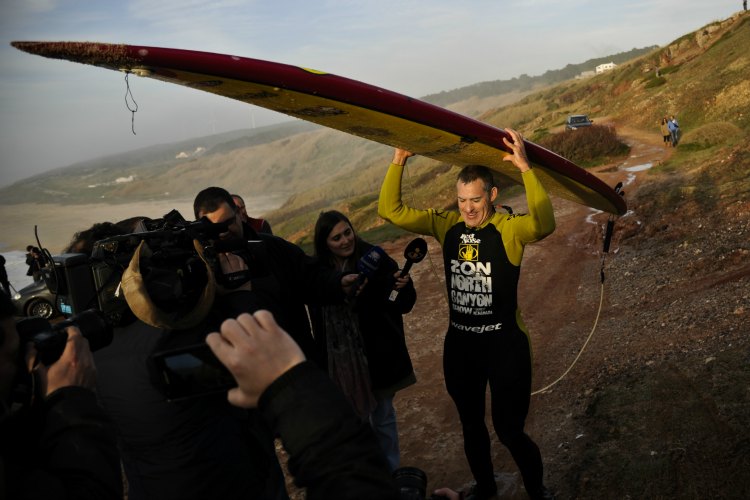 “You are just going so fast,” McNamara said to ABC television. “It’s really, really similar to snowboarding on giant mountains.

When he set the record in 2011, McNamara was with fellow surfers Andrew Cotton and Alastair Mennie. Mennie described the conditions as “perfect”. 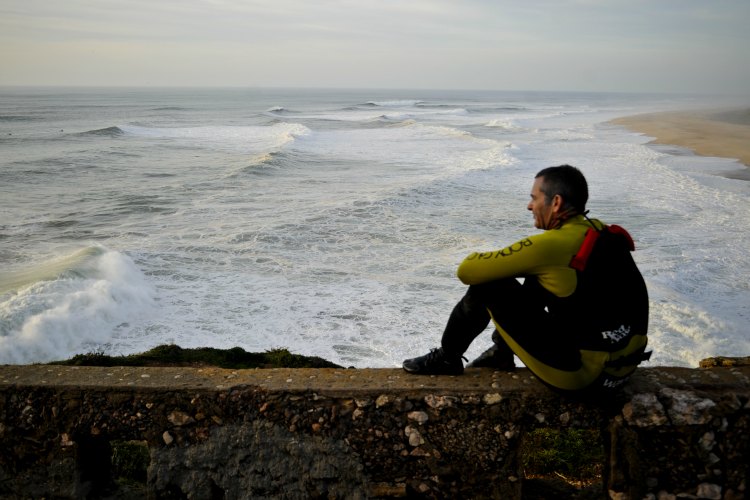 “Cotty and I surfed two big waves of about 60ft and then, when Garrett was ready came a canyon wave of over 90ft”, he said. “It was amazing. Most people would be scared but Garrett was controlling everything in the critical part of the wave. It was an inspiring ride by an inspiring surfer”.

McNamara said in 2011 that hearing his name announced at the awards ceremony gave him more of a rush than riding the wave had.

The daredevil began surfing at 11 when his family moved to Hawaii’s North Shore from Pittsfield, Massachusetts. He turned pro six years later.

Key to meet the Queen, Brown and his half brother