Cork, on the southern Irish coast, is home to plenty of great pubs and an atmospheric old gaol. The city is a great base for exploring the nearby harbour (the second biggest in the world, after Sydney) and picturesque towns, along with Blarney Castle and its famous stone.

Cork Harbour is well worth a visit. Boat tours, run by Safari, depart from central Cork and cruise slowly up the River Lee before reaching the harbour, where the skipper revs up the motor and makes you appreciate the waterproof clothing provided. The trip takes you past an Irish naval base, the port of Cobh and pretty towns such as Crosshaven, home to the world’s oldest yacht club.

The Cork Gaol, which was used from 1823 to 1923, is a vivid reminder of Ireland’s troubled past. The cell blocks are recreations of the hellish living conditions, though things were so bad during  the 1846-49 potato famine that people committed crimes so they’d at least get food and shelter in prison. 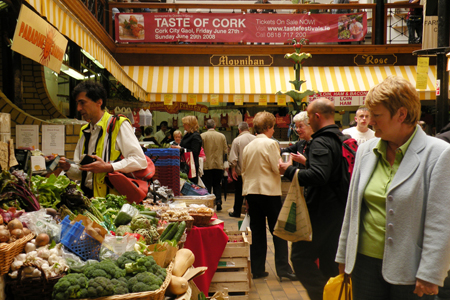 The strangely named English Market is in the centre of Cork, and is the place to go for fresh food. Upstairs is the fantastic Farmgate Café, which does authentic Irish food. The seafood chowder and Irish stew are both great, and the oysters come from the fishmonger downstairs.

…and drink. The best pubs.

Cork, Murphy’s and Beamish are the favourite local beers and the city has loads of lively bars in which to try them. Sin é and Dan Lowrey’s on the north side of the river are both great local boozers. On the south side near St Patrick’s Street are dozens of pubs you can wander into and feel at home. Bars are heaving on the weekends with people enjoying good craic. 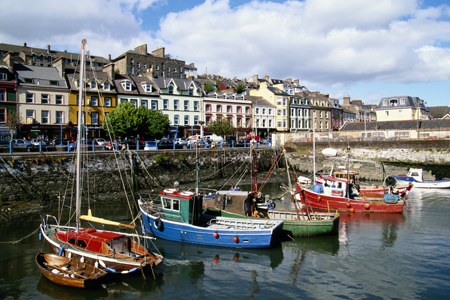 Just 8km up the road from Cork is Blarney Castle. The 500-year-old castle and its grounds are undoubtedly impressive and would be worth visiting on their own. But the reason everyone goes there is to kiss the Blarney Stone. You don’t give it a smooch for good luck, but rather to obtain the gift  of eloquence.

Also worth a look is the town of Cobh (pronounced Cove), which has a proud yet tragic maritime history, being the embarkation point for millions of Irish emigrants and the last stop  for the Titanic. It’s a pretty town, only half an hour by train from the centre of Cork.

WHEN TO GO: Southern Ireland is reasonably mild, but avoid winter.
GETTING THERE: Eurolines runs buses from London to Cork. Aer Lingus and Ryanair fly direct.
VISAS: Not required for Australians, Kiwis and South Africans.
CURRENCY: Euro. 1 GBP = 1.17 EUR.
LANGUAGE: English. Street signs are also in Gaelic.
GETTING AROUND: Public transport is limited. An organised tour or hire car is best. See easycar.com/tntmagazine for a 5 per cent discount on cars.
GOING OUT: A pint is €4.50.
ACCOMMODATION: A hostel bed costs from €11 a night. A hotel room is from €30.
GET MORE INFO: discoverireland.com

Chris Brown injured in bar fight with Drake’s entourage, no one feels sorry for him