The capital of Tunisia, Tunis, in north Africa, will seduce your socks off with its Arabic charm, Mediterranean chic and seaside cool. 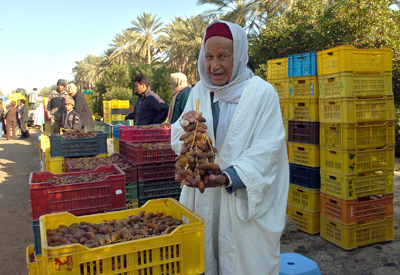 1. Haggle at the market

Soak up the charm and character of the buzzing Medina, or old town, which contains a warren of alleys bustling with vibrant souks, cafes, workshops and bantering touts.

If your haggling skills  are honed you can buy anything, from silver  to stuffed camels at a snap.

To simply observe local life, a walk through the central market off Avenue de la France is worth the assault on your senses. Here, fish, olives, dates and mounds of sun-ripened oranges abound, and wandering vendors  weasel through the crowd selling brik, a snack of poached egg wrapped in a filo pastry parcel, delicious with a squeeze of lemon. 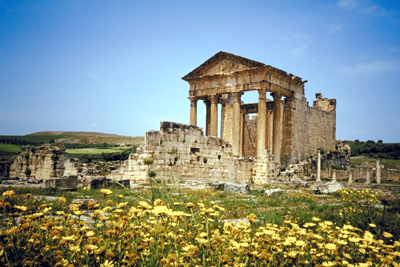 2. Discover the history of Tunis

Stomachs sorted, nourish your cultural urges at the Bardo Museum, which was once a stunning 17th-century royal palace hosting Roman mosaics of awesome detail and magnitude.

The sparse remnants of the epic city of Carthage – a Unesco-listed site first built in 814BC, then pillaged and rebuilt by the Romans – lie near Tunis. But the Roman ruins of Dougga, a two-hour drive south west and cosseted by hilly farmland, are far more impressive and offer an expansive and breathtaking glimpse into a bygone civilisation.

The icing on Tunis’ layered cake is the quaint town of Sidi Bou Said, perched on a headland overlooking the deep blue Gulf of Tunis. Well-heeled holidaymakers amble along the streets  of pretty whitewashed houses.

Plate after plate of delectable bite-sized nibbles, such as tuna, meat, octupus, salads, olives and crumbed morsels are served as soon as you sit down in Tunis. But tuck in moderately as this is just mezze. It’s followed by a starter, and then a hearty main meal  – be prepared to eat like a king.

Outside the walls of the medina, or old town, leap ahead 700 years into the new town, centred on the tree-lined Avenue Bourguiba. It drips with the hallmarks of  20th-century French rule, and is a pleasant location to sip coffee and watch the city’s chic saunter by.

Most people you encounter in Tunis are talented storytellers who have made poking fun at their “backward” neighbours, the Libyans, a national pastime. But it’s all light humour and it evokes a sociable air.

You might be surprised to know that Tunisians lay claim to bagpipes. Braveheart would turn in his grave…

WHEN TO GO: Spring, when it’s lush, or autumn for warmth and fewer crowds.
GETTING THERE: Tunisair flies direct to Tunis from London Heathrow four times a week. tunisair.com
GETTING AROUND: Use
yellow taxis. They’re cheap, but ensure the metre is on. Louages are
shared taxis with a fixed destination, and leave once full. It costs
four dinars to get to Dougga.
VISAS: Kiwis and South Africans need visas (£20) in advance. Aussies can buy one on arrival for £5.
CURRENCY: Tunisian dinars.  1 GBP = 2.15 TND. You can’t change any leftover dinars beyond airport customs.
LANGUAGE: Arabic, but English is widely spoken.
GOING OUT:
A beer costs about four dinars but, as an Islamic country, it’s hard to
find. However, Tunisia does produce great wine, which is easier to get.

ACCOMMODATION: A dorm bed in the medina is £5. A double room in a three-star hotel is £35.
GET MORE INFORMATION AT: cometotunisia.co.uk 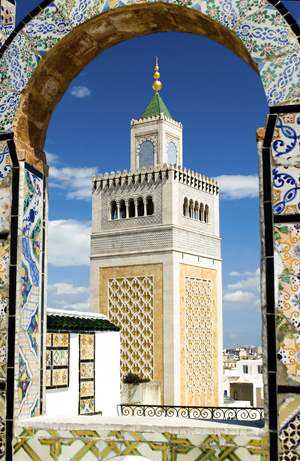