Volunteers wanted for Mars mission – did we mention it’s a one-way ticket?

A Dutch organisation called Mars One are calling for folks to apply soon. The only small catch is that this is a one way trip – with a view to creating a colony on the fabled red planet.

Thousands have already put their names forward – perhaps having skipped small print in the application form that mentions your almost inevitable doom.

“Radiation exposure is a concern, especially during the trip. This can lead to increased cancer risk, a lowered immune system and possibly infertility.” Dr Veronica Bay of the University of Arizona explained to the BBC.

“I have no doubt that we could physically place a human being on Mars. Whether they’d be able to survive for an extended period of time is much more doubtful,” concluded the Lunar and Planetary Laboratory physicist. 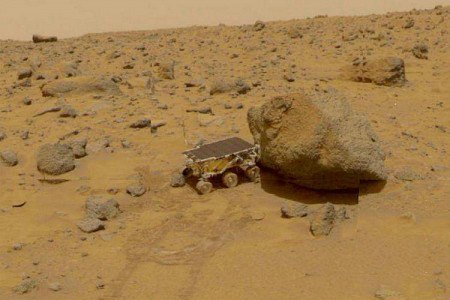 Wish you were here? The rocky, dusty but apparently highly desirable planet

There’s also no chance of returning due to physical changes the explorers will go through.

“During the seven-to-eight month journey, astronauts will lose bone and muscle mass. After spending time on Mars’ much weaker gravitational field, it would be almost impossible to readjust back to Earth’s much stronger gravity,” co-founder of the Mars One project Bas Lansdorp told the BBC.

The promotional website for the Mars One project explains that it ‘will take humanity to Mars in 2023, to establish the foundation of a permanent settlement from which we will prosper, learn, and grow.’

The project will cost an estimated £3.8 billion to send the first group of curious intergalactic explorers into the unknown.

Where Underpants Come From

A larvae a minute! Comedy night interrupted by maggots