Q. For a few years now I’ve been interested in walking the Camino De Santiago pilgrimage. However, as a single female traveller, I’m concerned about safety and wondered if you could offer some advice in this respect.
Joanna Sargent, via email

A. The 783km of the Camino de Santiago is a popular hiking route with both religious pilgrims and walkers alike.

There are a number of versions of the route, but the most popular is the Camino Francés, which runs from Roncesvalles on the border with France across northern Spain to Santiago de Compostela in the far north west of Spain.

The appeal of the hike stretches beyond its religious significance, as it is packed with highlights, including wandering through the vineyards of Rioja and León’s stunning gothic cathedral half way along the route.

In terms of safety, Spain is considered a very safe country to travel within. Specific to the Camino de Santiago, there have been reports of men exposing themselves to female hikers.

The best advice is simply not to walk at times when the route is particularly quiet (very early in the morning or late at night).

You will find the route at its busiest in the summer months, when you will come across lots of other travellers like yourself and so are less likely to encounter such problems.

More serious forms of sexual harassment are uncommon but if you would prefer to travel as a group, onfootinspain.com offer guided tours along the route. 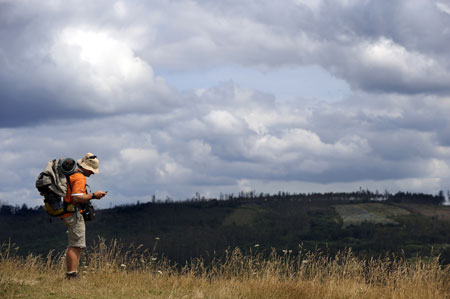 Q. My boyfriend and I will be in Hong Kong for a couple of months at the end of the year and would like to use the opportunity to take as many weekend trips as possible. Can you suggest where to go? We haven’t seen much of Asia yet and would like to book flights with budget airlines and take ferries or trains.
M-Ch, via email

A. Hong Kong is fantastically located to enjoy a huge number of weekend breaks across Asia. The Philippines, Thailand, China, Singapore – you name it and you can most likely squeeze it in.

A popular break from Hong Kong is to the Las Vegas of the East, Macau. Like Hong Kong, Macau is a special administrative region of China and can be reached from Hong Kong by an hour-long ferry ride.

Not only is Macau cheap and easy to get to from Hong Kong, it is fascinating.

First established by the Portuguese, the area is distinctly Asian but with a European flare in the form of cobbled streets, baroque churches and Portuguese cuisine.

One of Macau’s biggest attractions is its hundreds of casinos, huge emporiums of gambling and entertainment open 24 hours. Check out the British-royalty-themed Emperor Palace Casino.

All casinos provide a free shuttle service to and from the ferry terminal.

Lonely Planet’s Laura Lindsay will give you the benefit of her infinite wisdom if you email a question to
traveltips@tntmagazine.com.

If your  question is answered, you’ll win a Lonely Planet guide of your choice.

Top Ten Foods for Your Digestion

Other traveller reviews on France