Here's our round-up of the week's best images: From super-dog to bikini parade… 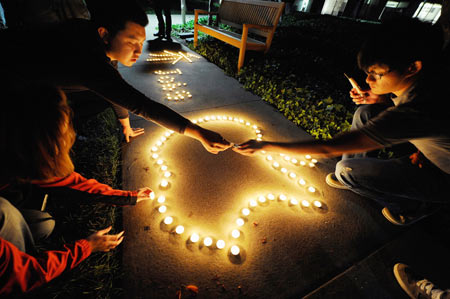 Chinese exchange students from De Anza College, California, use candles to create the Apple logo and Steve Jobs' last name in Chinese characters at a makeshift memorial. Jobs, 56, passed away after a long battle with pancreatic cancer. Jobs co-founded Apple in 1976 and is credited, along with Steve Wozniak, with marketing the world's first personal computer in addition to the popular iPod, iPhone and iPad. 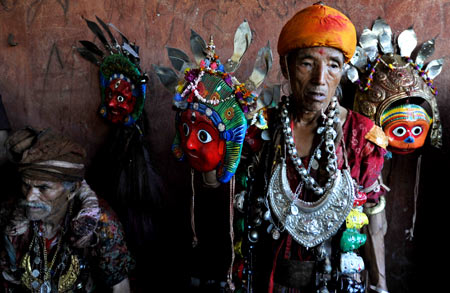 A camel walks past a tank as fighters from the Libyan National Transitional Council (NTC) take position with their tanks along the northern outskirts of Bani Walid. 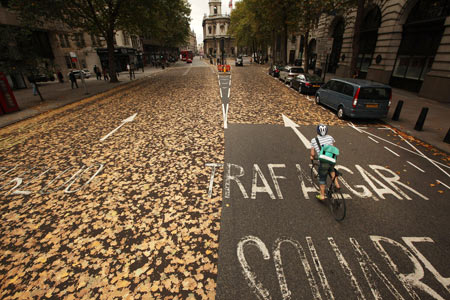 Leaves stick to the road surface in London. A combination of late Summer high temperatures and an early fall of leaves onto a sticky non-slip section of road tarmac has created a leafy collage. 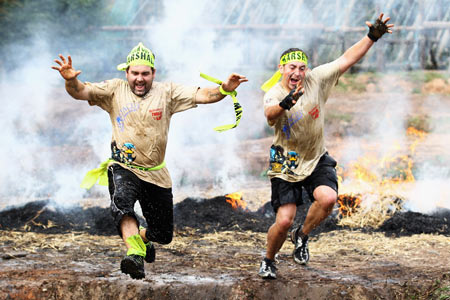 Participants run through the flames in the 2011 Spartacus Challenge in Wolverhamton. 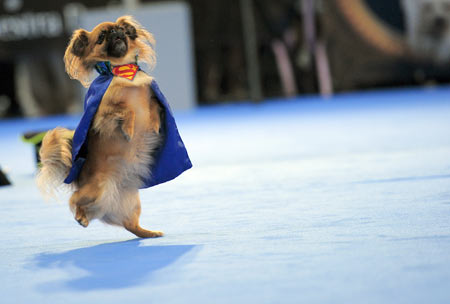 A dog performs during a comedy dog show at the Pet fair in Barcelona. 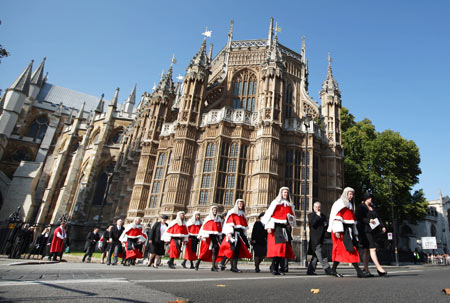 Judges process to Parliament from Westminster Abbey. The start of the legal year is marked with a traditional religious service and procession. The judges arrive from the Royal Courts of Justice for the service followed by a procession to The Houses of Parliament where the Lord Chancellor hosts a reception. 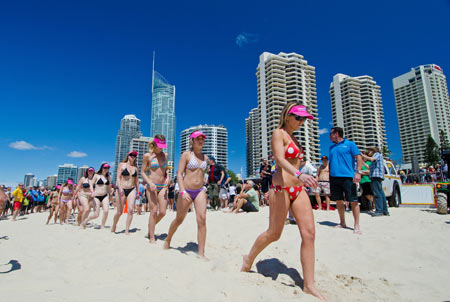 Bikini clad participants parade along Surfers Paradise Beach in Gold Coast City in an attempt to break the Guinness World Record for the longest bikini parade. 357 girls participated to break the record of 331 set in 2010 by the Cayman Island Amateur Swimming Association. 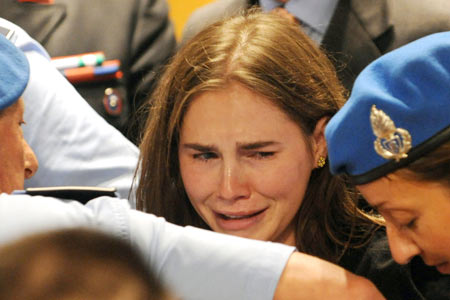 Amanda Knox breaks down in tears after hearing the verdict that overturned her conviction and acquitted her of murdering her British roommate Meredith Kercher in Perugia, Italy. Amanda and her ex-boyfriend Raffaele Sollecito had served nearly four years in jail after initially being sentenced to 26 and 25 years respectively. 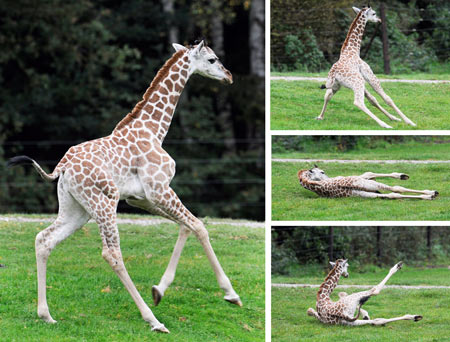 These pictures show baby giraffe Farida frolicking through its enclosure at the Serengeti animal park in Hodenhagen, central Germany. Around 1,500 animals from different countries live at the park. 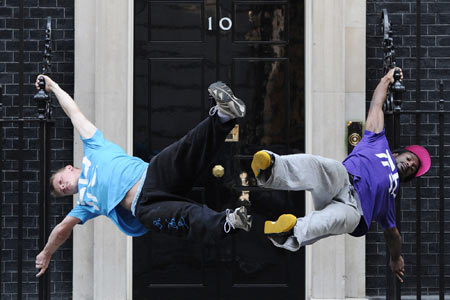 Free-runners Karol Michta (L) and Chima Akenzua perform outside 10 Downing Street in central London. A group of young people visited on Saturday to use the building to free run, perform spoken word and practice boxing to promote an initiative called "somewhere_to", a nationwide project to help young people find the space they need to do the things they love. 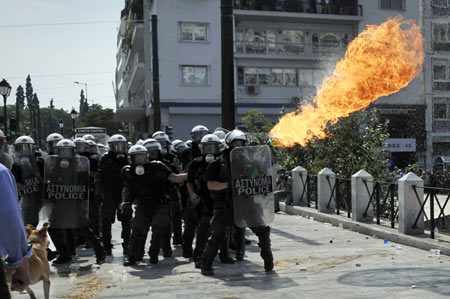 A molotov fire bomb explodes next to riot police in front of the Greek Parliament during a protest rally marking the 24-hour general strike on October 5, 2011. More than 30,000 public sector workers demonstrated in Greece in a strike against deeper austerity cuts that shut down courts, schools and transport, including air traffic. 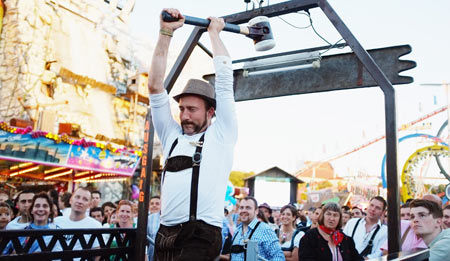