Weird and wonderful events in England

Join the Druids for the Summer Solstice, Stonehenge, Wiltshire
20/21 June 2016
Each year revellers, druids and pagans from around the world gather at Stonehenge overnight to mark the summer solstice – the longest day of the year in the Northern Hemisphere. It’s a magical moment as the sun rises above the stones and at dawn the central Altar stone aligns with the Slaughter stone, Heel stone and the rising sun to the northeast. Visitors can gain access to the monument field from 7pm for the sunset at 9.26pm before enjoying a bleary eyed sunrise on 21 June at 4.52am. Admission to the Summer Solstice at Stonehenge is free of charge, however parking fees apply and places are limited.
www.visitwiltshire.co.uk/whats-on/stonehenge-summer-solstice-2016-p639853 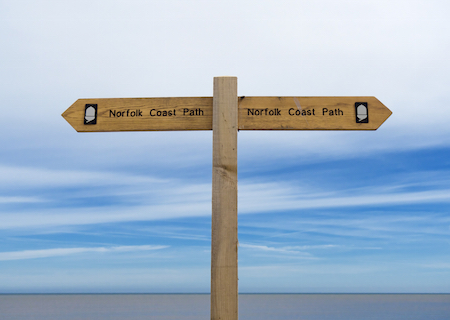 First ever Women’s World Wrestling Championships, Ambleside Traditional Lakeland Sports, Rydal Park
28 July 2016
The Wrestling programme at Ambleside Sports has always been one of the main attractions – way back in 1809 a Silver Wrestling Belt and 5 guineas were offered in prizes. This summer sees the first ever women’s world championship for Cumberland and Westmorland wrestling, featuring the world title event in the “all-weights” division. For spectators, there’s also a host of other sports to ogle – from fell racing to track cycling – as well as stalls and the all-important beer tent. Spectator entry costs £6.00 per adult and £3.00 per child.
www.amblesidesports.co.uk

World Bogsnorkelling Championships, Llanwrtyd Wells, Wales
28 August 2016
The World Bog Snorkelling Championships, held annually in Llanwrtyd Wells, sees hundreds of participants from around the world gather to take part and watch a truly British spectacle. Taking place at Waen Rhydd bog on the outskirts of the town, participants take on a time trial to snorkel the 133 metre long course and attempt to break the world record. For those who don’t fancy taking the plunge, food and drink stalls, crafts, a bouncy castle, live music and a real ale and cider bar on the site. Online entries close 7 days before the event. £15 entry for participants.
www.green-events.co.uk/events.html?page=2&id=57

Porthcawl Elvis Festival, Wales
23-25 September 2016
Every September thousands of Elvis fans descend on the Welsh seaside town of Porthcawl for a unique celebration of The King and the largest Elvis event in Europe. With a ‘Best Festival Elvis’ competition at The Grand Pavilion, headliners including last year’s ‘Best Festival Elvis’ and The Elvies – the most prestigious award show in the World for Elvis Tribute Artists – it’s a non-stop weekend of Elvis mania with 100’s of shows across different venues. A VIP ticket package for the main events including entry to all the weekend shows at the Grand Pavilion, with prime reserved Floorshow seats, free admission to the Sun Studio Stage and The Legends Show, along with invitations to the late-night VIP Aftershow parties, a complementary Programme and a souvenir print costs £133.50. Individual show entry varies and costs from £6.00. Other events in the town vary and include free admission.
www.elvies.co.uk

The Garlic Festival, Isle of Wight
20-21 September 2016
Garlic ice cream, jelly beans, fudge and beer are just some of the unusual garlic-based produce that can be sampled at the Isle of Wight Garlic Festival in Newchurch. The Garlic Marquee features the Isle of Wight’s ‘Golden Clove’ including the popular oak-smoked variety. The festival attracts 25,000 people and is a two-day event featuring live music and children’s entertainers as well as garlic. Ticket prices from £9 per adult and £5 per child. Under 5’s free.
www.garlic-festival.co.uk

World Stone Skimming Championships, Easdale Island, Scotland
25 September 2016
Easdale Island is the smallest permanently inhabited island of the Inner Hebrides. It was once the centre of a thriving Scottish slate mining industry, and one of the disused quarries forms a perfect arena for the World Stone Skimming Championships. Anyone of any age and any level of skill can enter. Each competitor is allowed 3 skims using specially selected Easdale slate skimming stones. For a skim to qualify the stone must bounce at least three times – it is then judged on the distance achieved before it sinks. The event is restricted to 350 participants but those not skimming can really let their hair down at the pre-skim party the night before. To enter the Championships costs £5 per adult, £2 per junior (10-15) and £3 for ‘old tossers’ over 60…
www.stoneskimming.com/index.htm

World Conker Championships, Northamptonshire
9 October 2016
The game of conkers has been a popular pastime of British schoolchildren for decades. The rules are simple. Each player is given a conker attached to a piece of string and takes turns in trying to break their opponent’s nut using a swinging motion. The World Conker Championships are held at Southwick, near Oundle and attract over 300 competitors attempting to become the King or Queen of conkers. Spectator tickets cost £4 per adult and £2 for children and concessions with free parking.
www.worldconkerchampionships.com

Spend a penny or two at the museum of the loo, Gladstone, Stoke-on Trent
“Flushed with Pride” is a remarkable gallery at Gladstone Pottery Museum dedicated to the history of the toilet and lifts the lid on the role that potters played in its development. Follow the story of the WC from the time of Queen Elizabeth 1 through to the toilet of our future. A fun noisy, touchy feely display, for kids of all ages. The gallery features the sights, sounds and smells of a Victorian slum and encourages you to discover some of the unusual historical alternatives to toilet paper. From 1970’s avocado bathroom suites to interactive exhibits and quizzes. Adults: £7.50. Children: £5.25 (4 – 16 years inclusive) www.stokemuseums.org.uk

The Forbidden Corner, Yorkshire Dales
This unique labyrinth of tunnels, chambers, follies and surprises created within a four acre garden in the heart of Tupgill Park and the Yorkshire Dales, is the self-proclaimed ‘strangest place in the world’. Originally built as a private folly but due to public demand it was subsequently opened to the public and has continued to grow. Stay a little longer at the new bed and breakfast suites on site, opened this year at Tugpill Park. Tickets must be pre-booked and cost £11.50 per adult and £9.40 per child. www.forbiddencorner.co.uk

Missed out this year? Plan ahead for next…

Woolsack racing, Tetbury, Gloucestershire
29 May 2017
Take a sack, fill it with wool and race up and down the steepest hill in town. That’s the concept behind Gloucestershire’s annual Woolsack race, which sees Tetbury come alive every late May bank holiday with street fairs and roving entertainers as it recreates the 17th century tradition of young drovers running up and down the hill to impress the local ladies. In the 16th Century the pretty market town was one of the best-known wool and yarn markets in the country but the wool trade went into decline in the early 19th Century, leaving brewing as the important local industry. This link continues with racers and spectators today enjoying a tipple in The Crown or Royal Oak (which form the beginning and end points of the race give or take a few yards). Team entry costs £20. Spectators free.
www.tetburywoolsack.co.uk/

Dorset Knob Throwing, Cattistock, Dorset
May 2017 (dates TBC)
Head to Cattistock near Dorchester for a May Knobathlon and you could be crowned the Knob eating or throwing champion of 2017. This eccentric sports day in the village of Cattistock near Dorchester celebrates the local savoury biscuit delicacy of the Dorset knob and also includes unique events like pin the Dorset Knob on to the Cerne Giant. Admission £4 per adult and children free.
www.dorsetknobthrowing.com/

Just moved in together? Abide by these simple rules and domestic bliss shall be yours…